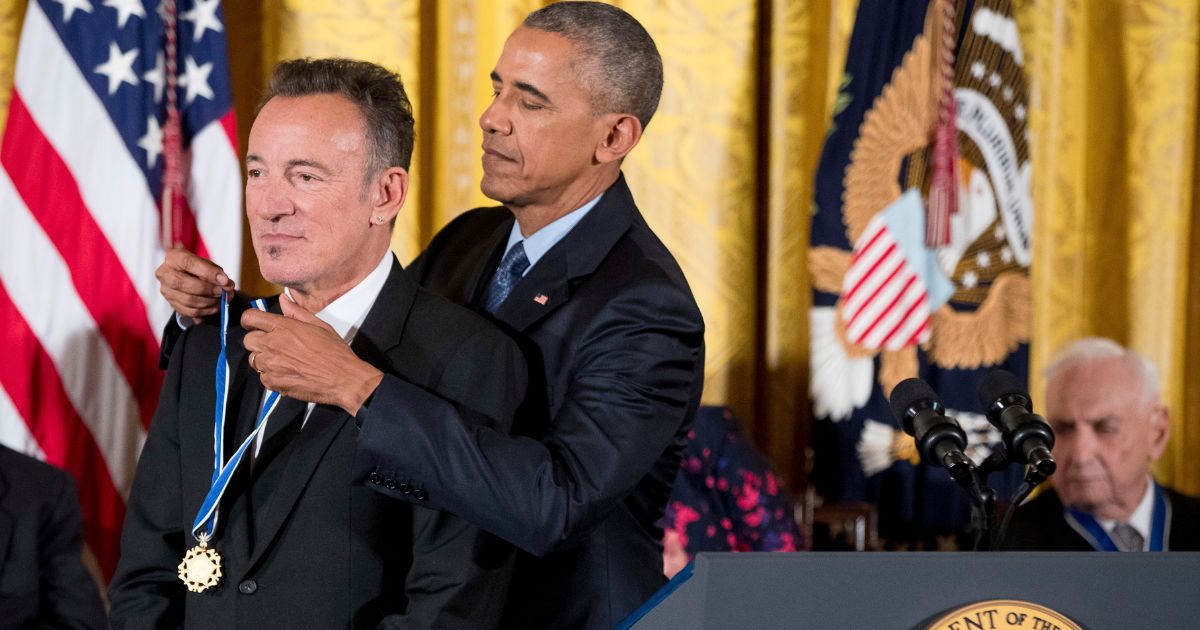 Popular musician Bruce Springsteen faced backlash last week when tickets for his 2023 concerts have been priced as high as $4,300.

After tickets went on sale Wednesday, fans were livid. Floor seats were priced over $4,000 while standing-room-only tickets cost $1,125. Prices on Ticketmaster may fluctuate depending on the area and venue.

Even those in The Boss’ home state turned against the “working class hero,” as seen in an NJ.com op-ed titled “Bruce Springsteen does not care about you.”

“Springsteen, the artist who has defined his career by singing about working-class and disenfranchised Americans, has forgotten his fans,” Bobby Olivier wrote.

Ticketmaster’s business runs on a “market priced” system, which prices tickets based on demand, Breitbart reported.

‘Springsteen Does Not Care About You:’ The Boss’ Home State Turns on Him for Selling $4,300 Tickets

Tampa mid-floor for $4,400 each, anyone? #catchandrelease

He said that “Americans have the right to enjoy some live entertainment without getting ripped off. Ticketmaster sees popular events as an opportunity to soak regular Americans.”

Have you attended one of Bruce Springsteen’s concerts?

Ticketmaster responded to fan complaints on Sunday, according to Variety, and said the highest prices only made up 11 percent of its “dynamic pricing” model.

This explanation did not seem to satisfy concerns, however.

You’d think that someone on the @springsteen team would tell Bruce not only are his fans enraged, but decades of brand image are being flushed down the toilet with these outrageous ticket prices. @littlesteven_ug @nilslofgren @RollingStone @nytimes @stoney16 https://t.co/f6ZihsQR0A

Though Ticketmaster was directly responsible for pricing the tickets, fans did not let Springsteen slide either.

Remember When Bill Burr Ripped Into ‘Fascist Liberals’? He’s at It Again in His New Special

I have seen @springsteen several times over the years and always managed to get affordable tickets. This time the price of the tickets are breath taking. Yes, costs have gone up since the last time I saw him BUT for a lot of Bruce’s loyal fans the price is out of a our reach

Springsteen has not responded to the ticket prices as of Tuesday. His Twitter only features the marketing for his upcoming tour.

“It is exceedingly clear that Bruce Springsteen does not care how much a given fan spends to see him play,” Olivier of NJ.com wrote.

“If he did care, the rock icon who recently sold the rights to his publishing catalog for a cool $500 million — and whose concert tours typically rake in around $200 million at the box office — would refuse to work with Ticketmaster, finance the shows himself, buy permits to use unoccupied fields across America and set a ticket price he alone could control.”

Olivier suggested an answer to the problem.

“The only true solution would be a federal mandate to create regulations to cap dynamic ticket pricing and give a grain of power back to the buyers. Or artists could band together and refuse to work with Ticketmaster unless these practices were better moderated or eliminated altogether,” he wrote.

“Yet the odds of either of these doesn’t seem very high.”

Raised by a school bus driver and a secretary in New Jersey, Springsteen rose to fame with songs that everyday Americans could relate to. This is why the working class loved him.

That might not be the case anymore with this latest scandal.

Tickets are currently on sale.