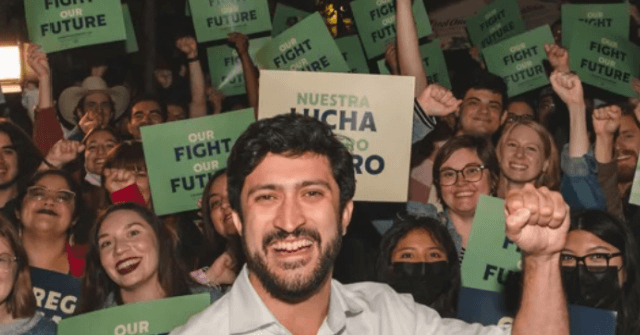 Casar, a member of the Democrat Socialists of America, spoke about his efforts to cut funding for police departments during his time spent on the Austin City Council. He likened defund the police activists to MLK because both were unpopular.

“MLK was not popular when he did his activist work. And his goal was not to get more Democrats elected. His goal was to transform American society, both short term and long term,” Casar said, speaking with the Texas Tribune on Tuesday.

Same thing—really important for the biggest protest movement, probably in American history, or at least the biggest one in my lifetime since the civil rights movement, to stand up and say, “We need change to have a more just society,” especially for black folks and folks of color. It’s not their job in the streets to come up with exactly the right slogans to help us get elected.

During his sit-down, Casar also attacked Title 42, the Trump-era immigration law that makes it easier for the federal government to deport illegal aliens and border crossers. President Joe Biden recently announced the end of Title 42, effective in May.

According to Casar, Title 42 is a “sham rule” that is “based on a lie.” “Title 42 was meant to keep people out based on a lie that it had to do with COVID,” Casar told the Texas Tribune.

Casar will face Republican candidates Dan McQueen or Michael Rodriguez in the midterm elections after their primary runoff showdown in May.