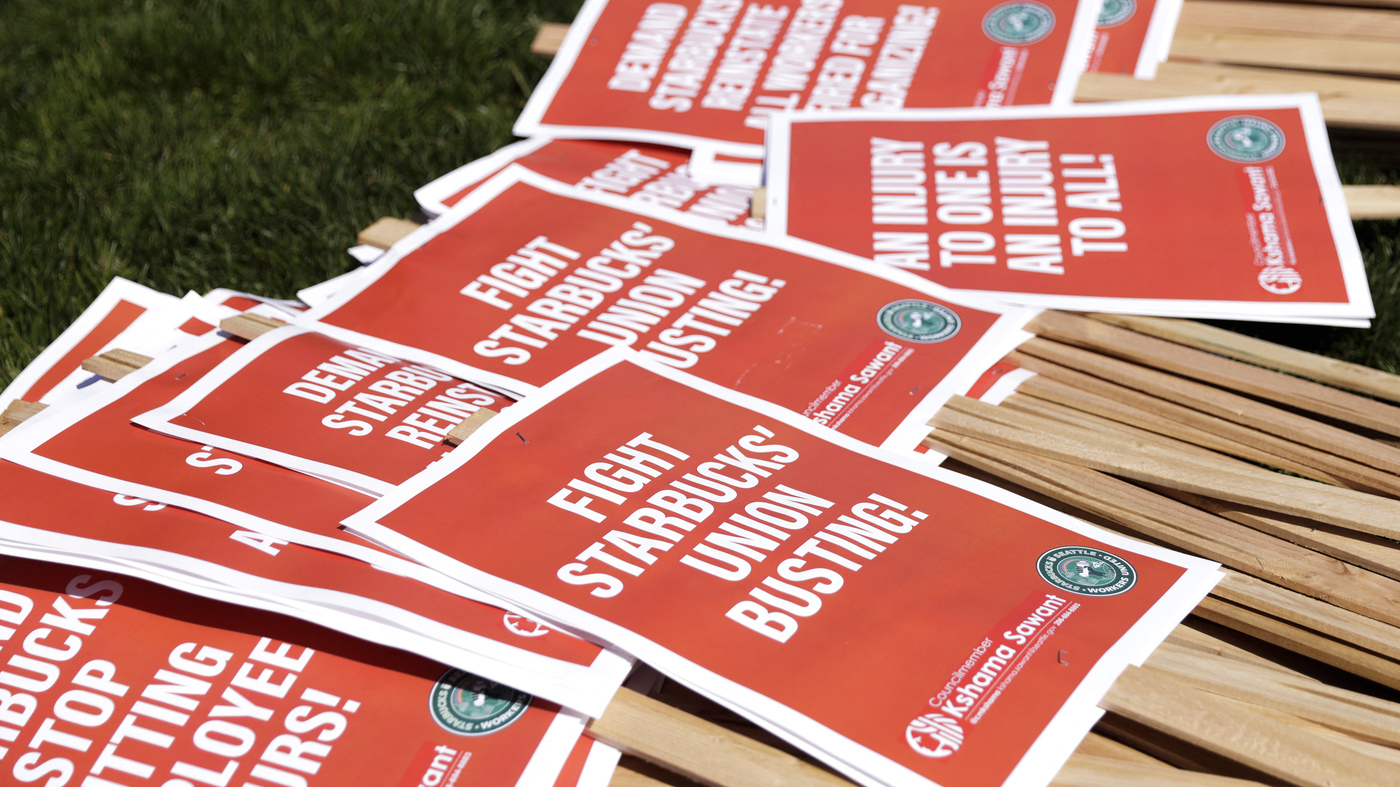 Picket signs are left for people to grab during the “Fight Starbucks’ Union Busting” rally and march in Seattle, Washington on April 23.

Picket signs are left for people to grab during the “Fight Starbucks’ Union Busting” rally and march in Seattle, Washington on April 23.

The National Labor Relations Board’s Buffalo regional director outlined a host of labor law violations in a filing seeking reinstatement and backpay for the employees.

The coffee chain called the allegations “false” and vowed to fight them at an upcoming hearing.

“Starbucks does not agree that the claims have merit, and the complaint’s issuance does not constitute a finding by the NLRB,” spokesman Reggie Borges wrote in an email. “It is the beginning of a litigation process that permits both sides to be heard and to present evidence.”

Starbucks Workers United said the complaint “confirms the extent and depravity of Starbucks’ conduct in Western New York for the better part of a year.”

“Starbucks is finally being held accountable for the union-busting rampage they went on,” Danny Rojas, a fired shift supervisor, said in a statement. “Starbucks needs to understand that it is morally corrupt to retaliate against union leaders, and I am looking forward to the NLRB forcing Starbucks to make this moment right.”

There’s been a wave of unionization drives at Starbucks stores nationwide, with the first union votes coming in December at three stores in Buffalo.