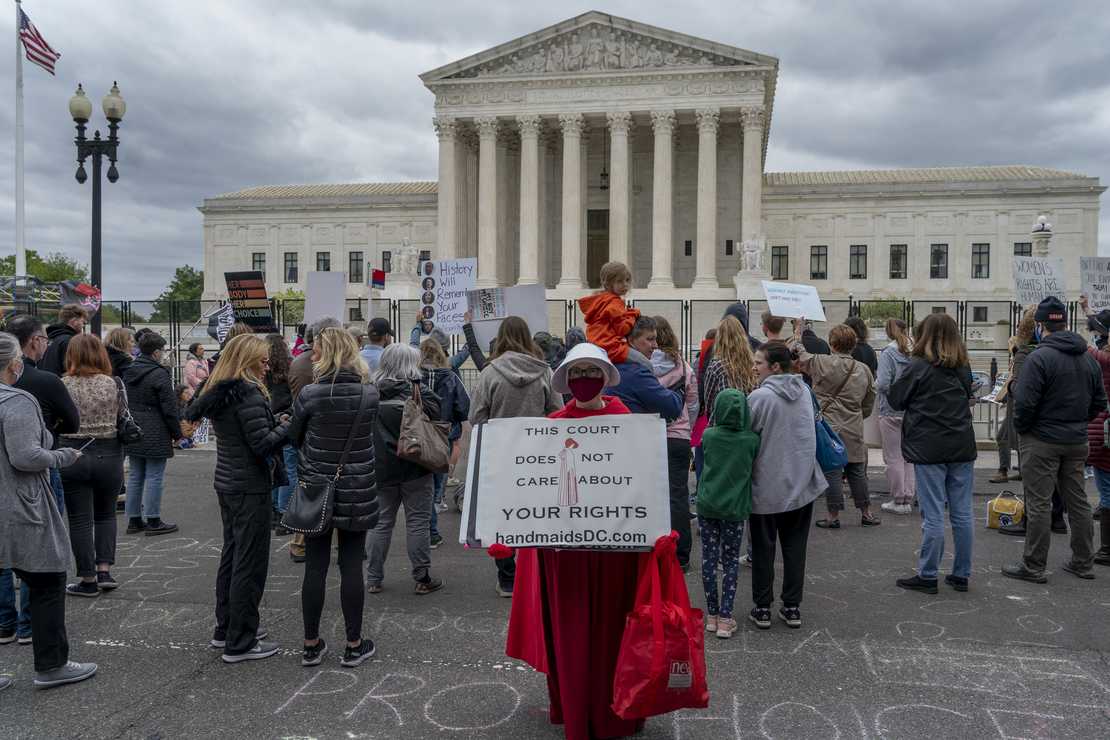 Did the 1973 Roe v Wade ruling from the Supreme Court ‘repeal’ existing bans on abortion in state statutes? Not in Texas, anyway. The state supreme court last night reversed an injunction by a Harris County judge that had blocked enforcement of the 1925 statute banning abortions.

The upshot is that abortions are illegal in Texas, again:

The decision was the latest in a series of legal battles across the country following the Supreme Court ruling on June 24 that overturned Roe v. Wade, a half-century-old ruling that had established a nationwide constitutional right to an abortion.

In Texas, that meant a 1925 law written before Roe, which had banned abortions and punished those who performed them with possible imprisonment, automatically came into effect, said Ken Paxton, the state’s attorney general. Though not enforced after the 1973 Supreme Court ruling on Roe, it had nevertheless remained on the books.

That ban was temporarily blocked by a Harris County judge after abortion clinics sued for a stay, arguing that it had effectively been repealed after the landmark Roe ruling.

That is a curious argument in the first place. The decision in Roe may have looked like legislation, but it wasn’t, and it didn’t remove a single statute in any state. A Supreme Court decision can block enforcement of a statute, but it can’t repeal it. It takes an act of the legislature and the signature of a governor to repeal a statute (or Congress and the president for federal statutes). The current court would likely scoff at the idea of a statute-repealing impact from its decisions, especially at the state level.

The 1972 Supreme Court ruling on the death penalty provides us a good case in point to show why. In Furman v Georgia, the court ruled that the death penalty as applied in the combined cases (the other being Branch v Texas) violated the Eighth and Fourteenth Amendments, particularly as cruel and unusual punishment. The issue at hand was racial and class discrimination, though, rather than the punishment itself:

It would seem to be incontestable that the death penalty inflicted on one defendant is ‘unusual’ if it discriminates against him by reason of his race, religion, wealth, social position, or class, or if it is imposed under a procedure that gives room for the play of such prejudices. …

The words ‘cruel and unusual’ certainly include penalties that are barbaric. But the words, at least when read in light of the English proscription against selective and irregular use of penalties, suggest that it is ‘cruel and unusual’ to apply the death penalty—or any other penalty—selectively to minorities whose numbers are few, who are outcasts of society, and who are unpopular, but whom society is willing to see suffer though it would not countenance general application of the same penalty across the board.

The Furman decision forced states to consider whether they wanted to continue capital punishment, and how. Those state legislatures that wished to continue death sentences then repealed their old systems and replaced them with capital punishment statutes that conformed to Furman. Several states immediately put those into place and were upheld by the Supreme Court in 1976 in its Gregg decision.

In contrast, Roe blocked all enforcement of abortion legislation prior to viability. In Dobbs, the Supreme Court wiped Roe off the books, unlike the non-impact of the Gregg decision on Furman. If Gregg *had* vacated Furman, then states wouldn’t have needed to change their pre-Furman statutes to enforce them if they hadn’t repealed or amended them beforehand to comply with Furman.

In other words, the only thing blocking the current statute in Texas law making abortions a crime was Roe, and Roe has been vacated. The state legislature never removed it from the penal law, and that means it is valid and enforceable regardless of when it was passed. There is no need to require the legislature to vote on it again.

At least, that’s what the Texas state supreme court appears to think at the moment. This is, after all, a fight over a temporary injunction rather than a decision on the merits, and the impact of this decision may be even more temporary than it seems. There are two statutes now, which arguably conflict with each other and indicate that the legislature may have thought that the 1925 ban was unenforceable too. Did their new trigger law act as a de facto repeal of the existing statute?

The Center for Reproductive Rights, American Civil Liberties Union, ACLU of Texas, Whole Woman’s Health and a number of other abortion providers had asked a state district court in Houston to halt efforts to enforce the 1925. She issued a preliminary injunction on Tuesday and set arguments for July 12.

The Texas Supreme Court’s order sets aside that injunction.

The court gave the attorney general’s office and those supporting abortion rights until Tuesday afternoon to file more thorough briefs on the enforceability of the 1925 ban.

“Just last year, the Legislature determined that its criminal ban on abortion would not take effect until 30 days after the U.S. Supreme Court issues its judgment in a decision overruling Roe v. Wade,” the abortion rights groups argued before the state’s high court, asserting that Paxton is overstepping his authority by claiming he can “put all Texans on `notice’ that, months before that criminal ban takes effect, providing an abortion in Texas is a felony immediately.”

Under the penal code from 1925, any person who causes an abortion “shall be confined in the penitentiary not less than two nor more than five years.” The new trigger ban says that anyone who provides an abortion faces 5 to 99 years in prison.

Why did the Texas legislature pass a new “trigger” law with far more extensive penalties if the 1925 statute was enforceable immediately? Either the legislature didn’t do much research on existing statute or felt that the political benefit outweighed enforcement clarity. Probably, it’s a mix of both, but even then it’s still going to come down to either the existing statute from 1925 is immediately enforceable or the new ban with longer prison sentences will take effect less than three weeks after the Tuesday deadline for more filings. Even if the plaintiffs win an argument that the trigger law essentially replaced the 1925 statute, it buys them a handful of days for operating abortion clinics in Texas. It might well be that both statutes will be legitimate, which means that the legislature will have to clean up any conflicts between them.

The case will still have to get argued in district court, but in the meantime abortion providers in Texas risk criminal penalties for conducting that business in the state, under one or both statutes. Removing the injunction seems to indicate that the state supreme court doesn’t think the pro-abortion side will likely win this case, and for good reason if the argument is that Supreme Court decisions repeal statutes. But it’s not over until the case concludes — and it inevitably winds up at the state supreme court again. And beyond.