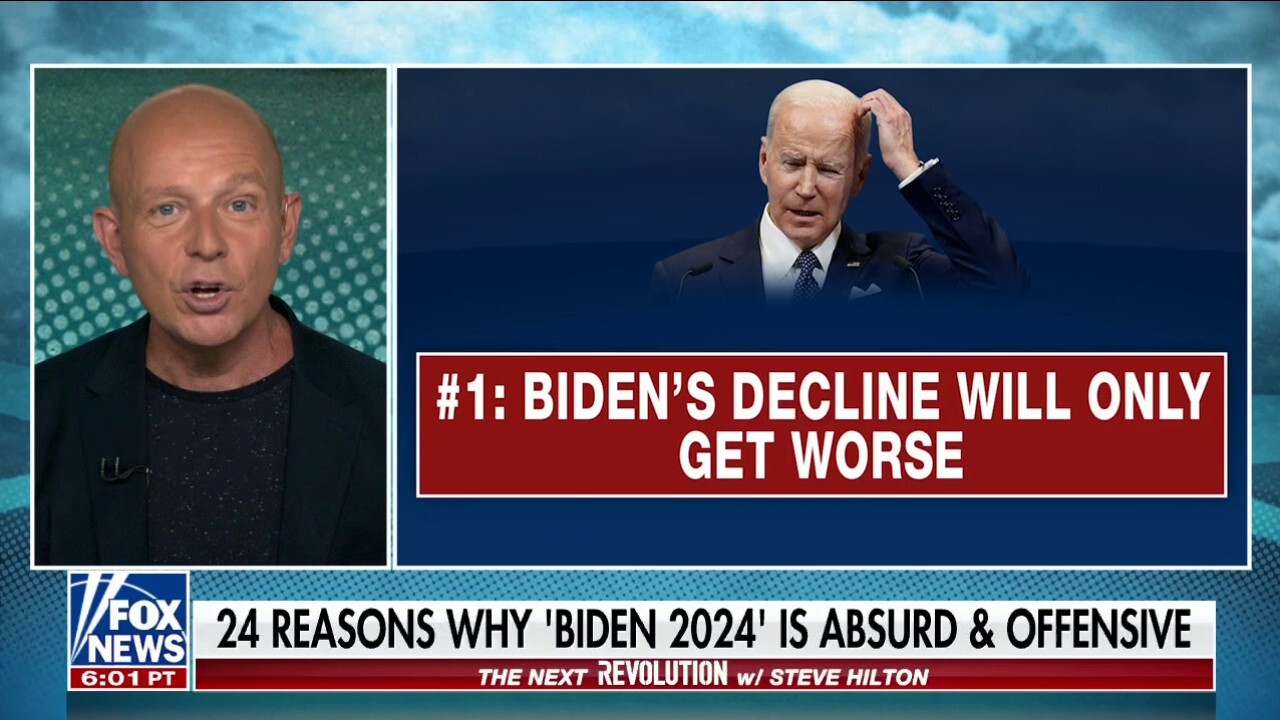 “The Next Revolution” host Steve Hilton outlined 24 reasons why the idea of a second Biden term is “absurd and offensive” on his show over the weekend, warning among other things that the president’s cognitive decline would get drastically worse by the time a second term approaches.

STEVE HILTON: The idea that Biden would be the right choice for America in 2024 is not just absurd, it’s frankly offensive. And here are 24 reasons why. One, Biden is obviously senile now. Just look how bad it is when he is in public, when he knows he’s on display. Imagine how bad it is in private when he is supposed to be in charge of making decisions? And then imagine how bad it would be six years from now. Two, everyone can see America desperately needs a positive vision to get behind to strengthen our economy… strong leadership, who seriously thinks Biden is capable of any of that? Three, he is a weak corrupt machine politician who stands for nothing, and is pushed around on everything by whoever holds the power in his party.

Five, China our number one enemy, the brutal authority Xi is on the hunt for world domination. We’re seriously going to put feeble Biden up against the most determined foe we’ve ever faced? Six, we must not allow Biden to further destabilize the Middle East either. He has alienated traditional allies and made the entire region more dangerous. Now, he’s about to let Iran get nuclear weapons, absolutely terrifying. Number seven, working Americans have already been crushed by inflation as real wages collapse. Biden’s stubborn refusal to acknowledge that his own policies caused it means he cannot possibly solve it. He is wrecking the economy [and] he will only make it worse.