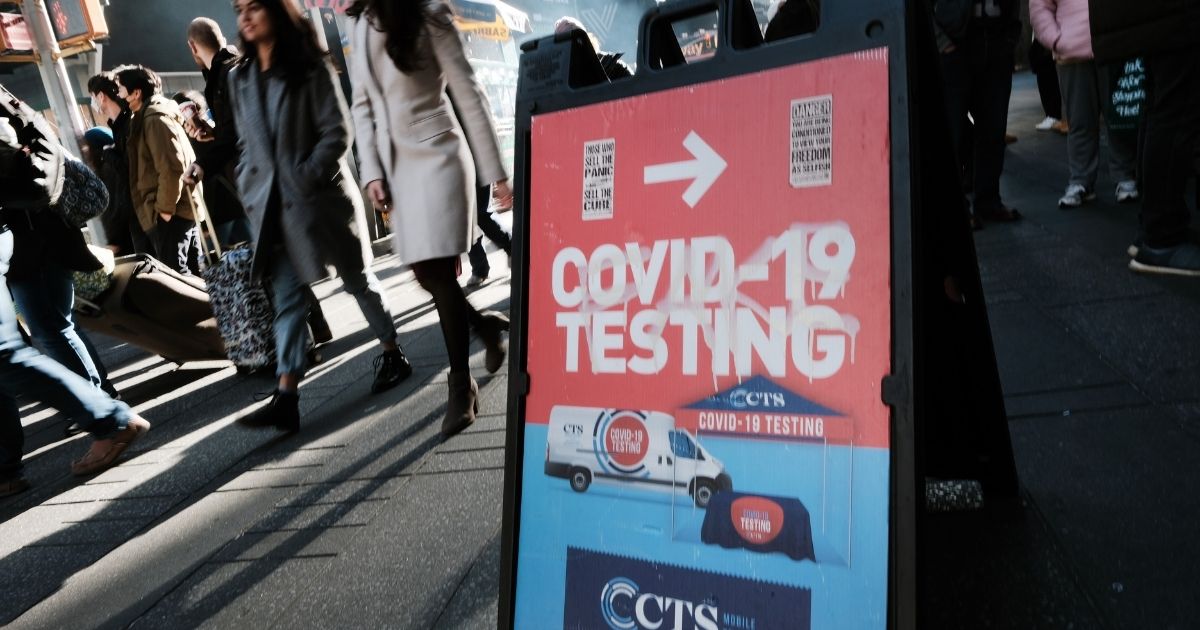 A new study conducted by a team of scientists at the University of Hong Kong found that the omicron variant “infects and multiplies 70 times faster than the Delta variant and original SARS-CoV-2.”

The study also found that omicron “replicated less efficiently (more than 10 times lower) in the human lung tissue than the original SARS-CoV-2 virus, which may suggest lower severity of disease.”

Dr. Michael Chan Chi-wai, the lead researcher, issued a warning. He said that “a very infectious virus may cause more severe disease and death even though the virus itself may be less pathogenic.” Because prior studies have shown that “the Omicron variant can partially escape immunity from vaccines and past infection, the overall threat from Omicron variant is likely to be very significant.”

As ominous as Chi-wai’s warning is, in the three weeks since we first learned of this new variant, we haven’t heard about “more severe disease and death.” This actually means omicron may help us reach herd immunity faster because many people will be infected without severe symptoms.

Dr. Angelique Coetzee, who first alerted the world to the omicron variant, told The Telegraph that her patients’ “symptoms were so different and so mild from those I had treated before.”

On Tuesday, The Associated Press reported that although it’s spreading at an astonishing rate, patients still continue to exhibit milder symptoms that “can be slowed — but not stopped — by today’s vaccines.”

According to The Hill, “one symptom is beginning to stand out among the others: Many of those infected have reported having a scratchy throat as opposed to a sore throat.”

This week, Ben Shapiro discussed a report released by the European Centre for Disease Prevention and Control that said omicron cases had been reported in 23 countries. How many cases had resulted in hospitalization or death? Zero.

Do you think the pandemic is ending?

Omicron “may be the solution to the pandemic,” Shapiro said. “If it’s more infectious than delta, and it kills no one, that’s a good thing. That means everybody is gaining natural immunity with asymptomatic or mild infection. So why are we panicking?”

“At a certain point this is no longer about protecting people. … It’s about control.” But we already knew that.

Ben Shapiro: Omicron “may be the solution to the pandemic” pic.twitter.com/lpQeHqysem

A similar point was made two weeks ago by Richard Friedland, CEO of Netcare, which operates the largest private health care network in South Africa. Friedland sees similarities between omicron and what happened toward the end of the Spanish flu pandemic.

Bloomberg quoted Friedland: “I actually think there is a silver lining here and this may signal the end of COVID-19, with it attenuating itself to such an extent that it’s highly contagious but doesn’t cause severe disease. That’s what happened with Spanish flu.”

According to the Centers for Disease Control and Prevention, there were three waves of the Spanish flu, which killed 50 million people worldwide. The first case was diagnosed in March 1918 and the third wave subsided in the summer of 1919. The second wave was by far the deadliest.

“Reports at the time suggest the virus became less lethal as the pandemic carried on in waves,” according to The Washington Post.

Perhaps that’s what we’re seeing now. With the discovery of the omicron variant, the coronavirus pandemic is entering its fourth wave. So far, this variant looks to be highly transmissible but far less deadly.

Friedland said, “If in the second and third wave we’d seen these levels of positivity to tests conducted, we would have seen very significant increases in hospital admissions, and we’re not seeing that.”

We have no way of knowing Friedland and Shapiro are correct. But pandemics don’t last forever — and we may be catching glimpses of the end.