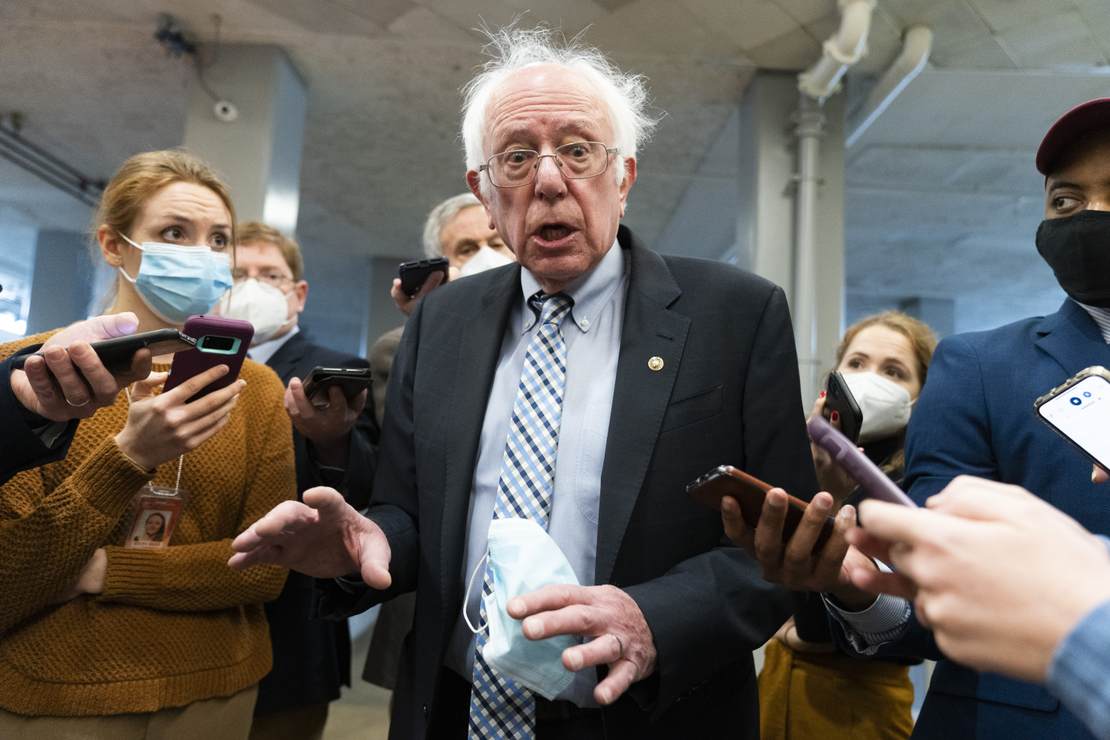 Today’s Sunday shows bring us an extravaganza a year in the making, the inevitable recriminations phase of Democrats’ failure to convince Joe Manchin and Kyrsten Sinema to nuke the filibuster on behalf of voting rights. The star guest: Progressive-in-chief Bernie Sanders, who’ll chat with “Meet the Press” and “State of the Union” about his effort to ringlead primary challenges to Manchin and Sinema but mostly Sinema. He’ll also discuss the prospects for a revived, if pared down, version of Build Back Better. Maybe someone will ask him why Manchin and Sinema should cooperate with him on that while he’s busy leading a socialist jihad to get them fired. Democrat Chris Coons, who’s close to Biden, will stop by “This Week” to add his thoughts, while Joni Ernst sits down with “This Week” and “State of the Union” to pay tribute to Manchinema on behalf of the GOP.

This morning’s other star guest is Secretary of State Antony Blinken, drafted into clean-up duty after his boss surreally told the world on Wednesday that a “minor incursion” by Russia into Ukraine might be tolerable to NATO. Blinken will speak with “Face the Nation” and “State of the Union” about the state of U.S. negotiations with Moscow and whether he’s worried China might find inspiration from Russia’s gambit in targeting Taiwan. If he isn’t, he should be.

Anthony Fauci is also booked today, set for “This Week” because the pandemic is endless and therefore so are his media appearances. And Dem Rep. Elissa Slotkin will be a guest on “Meet the Press,” which is noteworthy not only because she’s a former CIA analyst who’ll doubtless have informed thoughts on Russia and Ukraine but because she happens to be one of the most vulnerable Democrats in the House. (Her district is R+4.) She’ll reflect on Biden’s first year, her trepidation at having to potentially vote for another gigantic spending bill, and how it feels to know that she’ll be out of a job a year from now. The full line-up is at the AP.