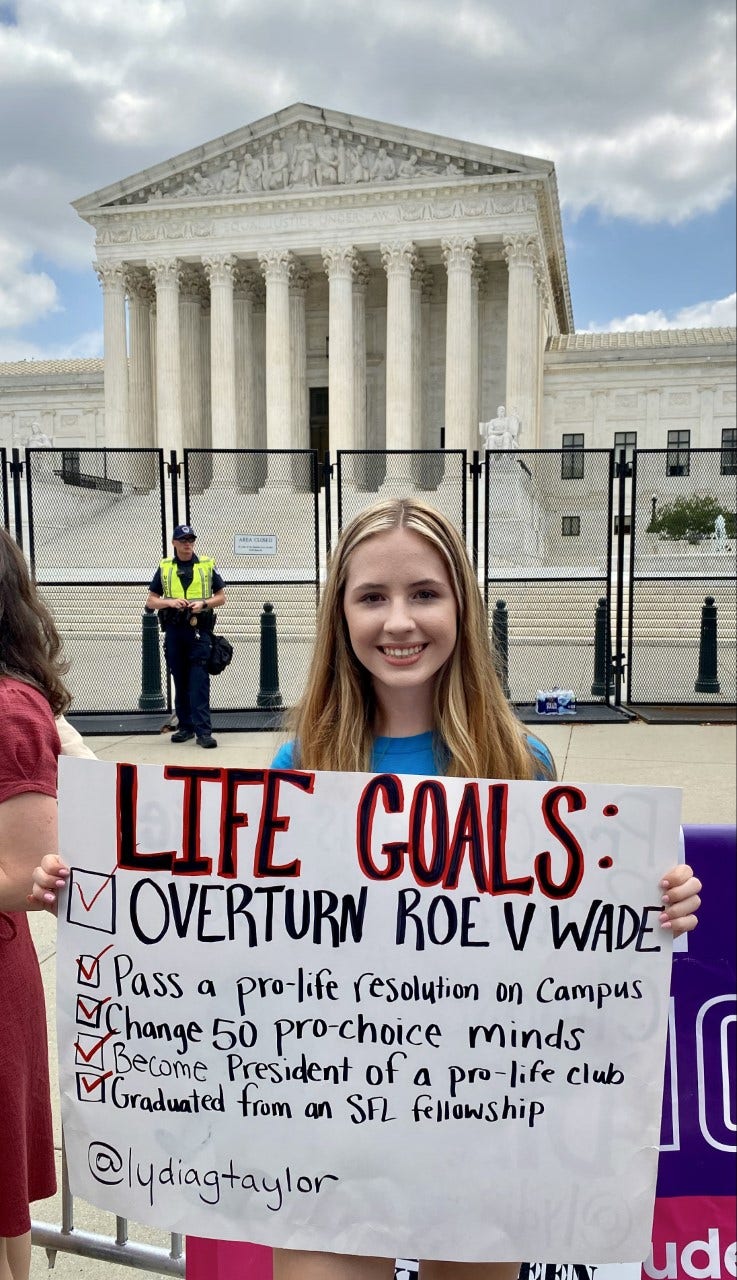 This is not primarily a victory for Republicans or conservatives. It is a resounding victory for millions of yet-to-be-born children who will now get to live out their God-ordained lives.

A girl holds a pro-life sign in front of the Supreme Court after the historic ruling overturning Roe vs. Wade.
(Fox News Digital)

Friday’s ruling is a sober reminder of the 50 years of havoc that Roe v. Wade left in its wake. Sixty-three million children have been murdered in the womb since 1973. Without question abortion has been the single greatest moral stain on our nation in our history.

As momentous as the ruling in Dobbs is, however, we need to remember that this is not an outright national ban on abortion. By overturning Roe v. Wade, the Court has simply returned the authority to regulate abortion back to the state level. There will be an intense battle waged in all 50 states over this hot button issue. The pro-life cause has won an important battle, but the war is far from over. Those who value life cannot afford to become weary in well-doing.

The overturning of Roe is also an affirmation of the right and responsibility of Christians to get involved in the political process. There is only one reason Roe was overturned—in 2016, conservative Christians worked together to elect Donald Trump and President Trump kept his promise to appoint pro-life justices to the Supreme Court. Both the left and right agree that had Hillary Clinton been elected Roe would still be the law of the land today.

This week’s historic ruling is a reminder that elections have consequences. Elected leaders determine policies that can influence the moral and spiritual direction of a country. In the 1940s, German Christians (with only a few exceptions) remained silent as Adolf Hitler rose to power.

Thankfully, Christians in our country have refused to remain silent about the genocide of unborn children. Together, they effected a leadership change that in turn resulted in a policy change that will save millions of lives.

Similarly, Jesus left his disciples here on Earth to delay the cultural and moral rot in our society so that we could have more time to present the hope and forgiveness Christ offers all people.

But for salt to do its preserving work, it has to get out of the saltshaker and penetrate the meat. Thankfully, millions of Christians got out of the pews and penetrated the political world, resulting in this week’s historic Supreme Court ruling.

Just as Christians led the way in the abolition of slavery and the fight for civil rights, Christians of this generation have been instrumental in protecting our most basic right of all—the right to life.

Dr. Robert Jeffress is pastor of the 13,000-member First Baptist Church in Dallas and a Fox News (FNC) contributor. His daily radio program “Pathway to Victory” is heard on over 1,000 stations. His weekly television program is seen in all 195 countries on more than 12,000 cable systems stations.