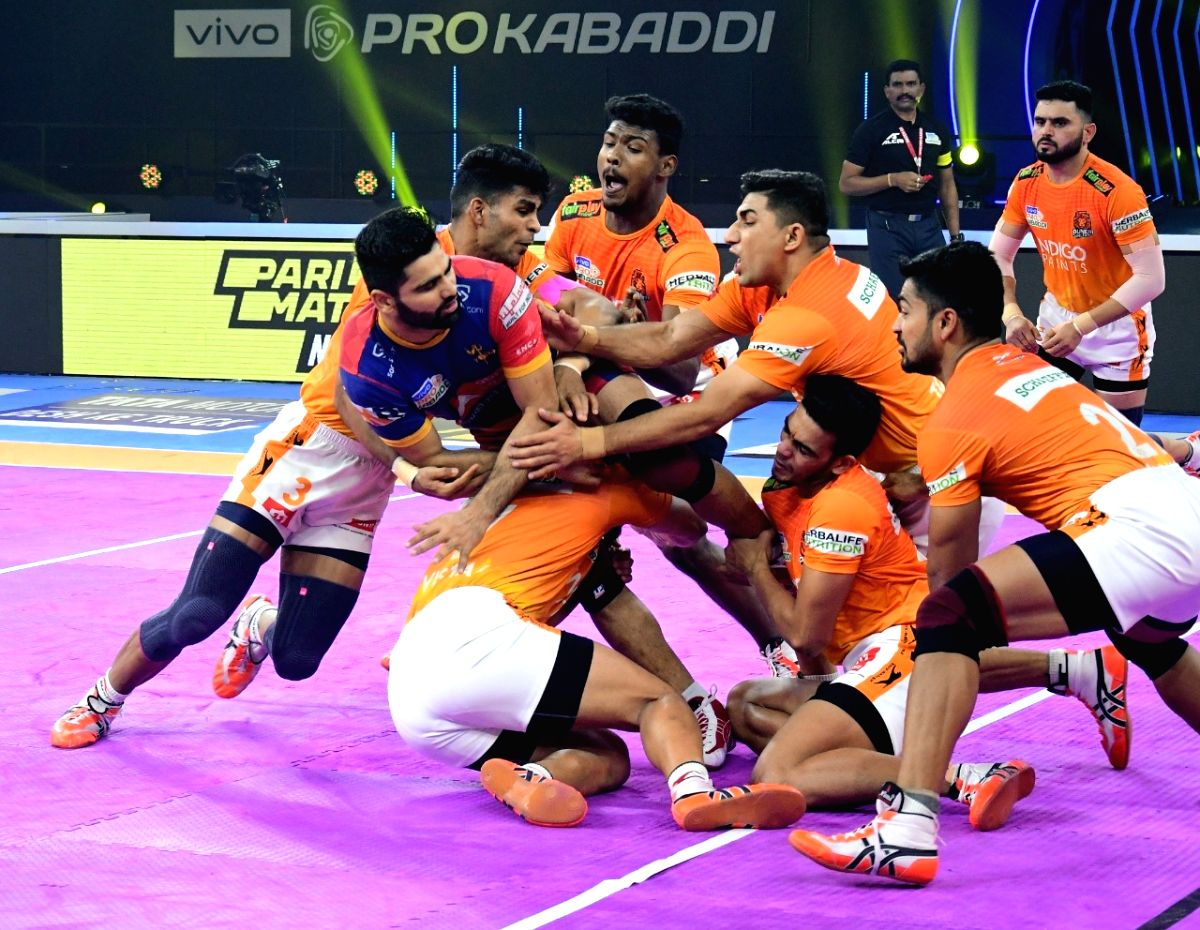 Aslam Inamdar and Mohit Goyat had Super 10s for coach Anup Kum’r’s Pune side, but they did not get any help from a stuttering defence that conceded far too many points.

The first half was a high-scoring affair with just one empty raid in the first five minutes. Pardeep Narwal started the proceedings with a three-point Super Raid and that certainly set the tone for the other raiders. Aslam Inamdar and Mohit Goyat combined to help Pune clinch the game’s first all-out close to the tenth minute but Yoddha immediately bounced back.

It was raining Super Raids on both sides and Surender Gill’s three-point effort with seven minutes remaining helped Yoddha inflict an all-out. Both the left corners’ Pune’s Vishal Bharadwaj and Yoddha’s Sumit, were having an error-prone night and conceded far too many points in the first half that ended 20-20.

Yoddha started the second half brightly with Surender Gill aggressive in his raids. His four-point Super Raid in the 5th minute paved way for another all-out which helped Yoddha open a seven-point lead. He and Pardeep Narwal took turns to eat points away from Pune and eventually got them an all-out in the 10th minute.

U.P. scored a massive 20 points in the first 10 minutes after the restart to open a 15-point lead. Both Pardeep and Surender crossed their Super 10s while Mohit Goyat did the same for Pune.

Aslam Inamdar manufactured a 3-point Super Raid in the 12th minute of the second half to spark a comeback. But Pune’s defenders were having a night to forget with Surender Gill picking points with ease. Despite Aslam Inamdar and Mohit Goyat’s best attempts, Pune could not close the gap as Yoddha clinched a valuable win.