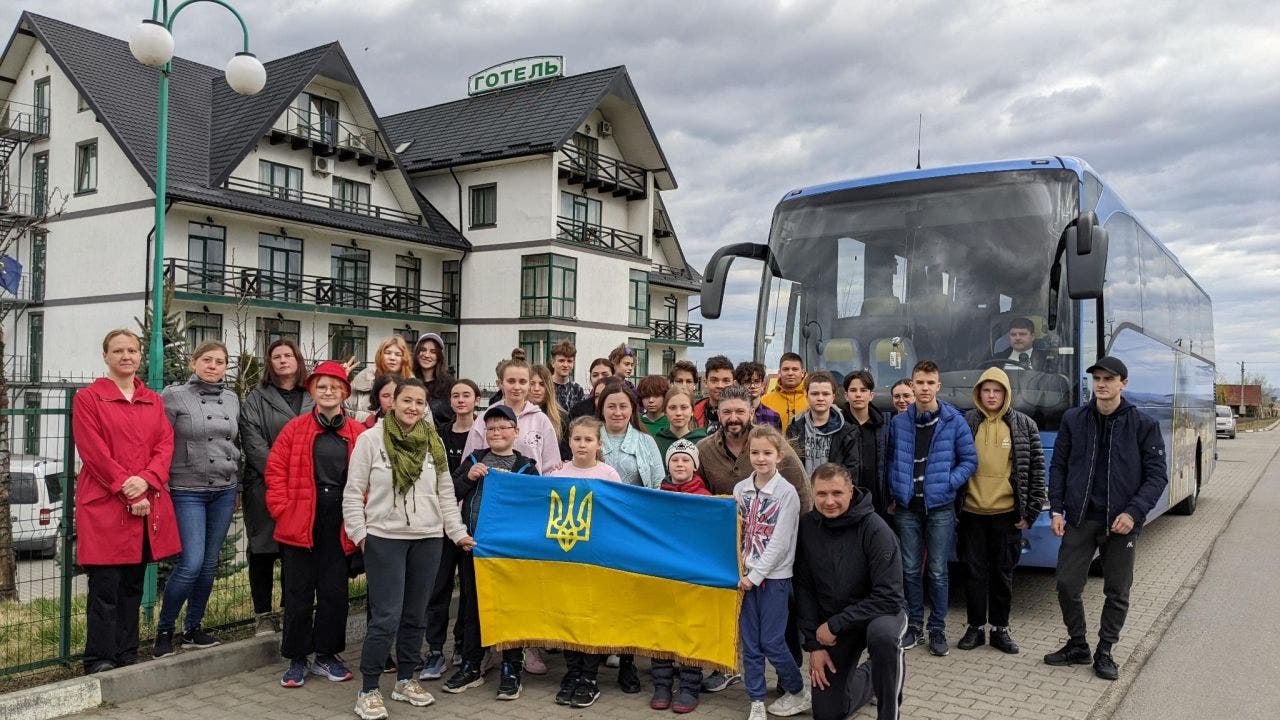 As the war between Russia and Ukraine nears its eighth week, Project DYNAMO is managing to continue with evacuation missions for groups of people who are most at risk.

Five surrogate mothers who are carrying children for American parents were among the 60 people the rescue organization recently evacuated. They’re currently staying in a “safe location” in Ukraine that has been code-named Club DYNAMO.

“We’re just relieved these missions were successful and with all involved safely out of harm’s way,” said Bryan Stern, Project DYNAMO’s co-founder, in a statement.

The mothers and other individuals were evacuated from Ukrainian cities that are under attack, including Kharkiv, Dnipro, Kherson, Nickolaev and Kakhovka, according to a Project DYNAMO press release.

“As indiscriminate attacks injuring and killing scores of civilians are increasing, these rescues of civilians, including pregnant surrogates, are becoming even more imperative and more difficult given the dynamic threat environment,” he continued.

Five surrogate mothers who are carrying children for American parents were among the 60 people whom Project DYNAMO evacuated during its fifth AQUARIUS rescue operation.
(Courtesy of Project DYNAMO)

The organization has code-named these rescue operations AQUARIUS, which Project DYNAMO created after the success of its Gemini rescue mission in March, when three babies were evacuated from Kyiv.

At Club DYNAMO, rescued surrogate mothers are able to stay at the “secure lay-over location” or another safe site of their choosing.

Two of those rescued babies were premature twins named Lenny and Moishe, who were born via surrogate. That experience opened the eyes of many to the needs of Ukrainian surrogate mothers.

Ukraine is a popular surrogacy destination for international parents. It’s a commercialized industry in the eastern European country; the costs of the alternative reproduction method are generally viewed as more affordable, FOX Business reported in mid-March.

Project DYNAMO rescued 60 people over the weekend, a new press release revealed. The evacuees were escorted to a safe zone in Ukraine called Club DYNAMO.
(Courtesy of Project DYNAMO)

So far, Project DYNAMO has rescued and reunited more than a dozen surrogate babies with their intended parents who live in the U.S., Canada and U.K.

The nonprofit rescue organization said that more than 100 surrogates have applied for evacuation assistance from combat zones, including Mariupol, the southern port city that made global headlines after a Russian airstrike destroyed a maternity and children’s hospital.

Project DYNAMO describes its team members as “humanitarians.” Many of them are “current and former members of the U.S. military.”

At Club DYNAMO, rescued surrogate mothers are able to stay at the “secure lay-over location” or another safe site of their choosing until they give birth and are “legally” allowed to leave Ukraine, according to Project DYNAMO.

UKRAINE, A LEADING SURROGACY DESTINATION, IS CAUGHT AMID WAR: WHAT TO KNOW

The other evacuees whom Project DYNAMO rescued during its latest AQUARIUS rescue mission included 40 children and 15 adults. It reportedly took 30 hours for all the evacuees to be rescued from their locations.

Project DYNAMO describes its team members as “humanitarians.” It says many of them are “current and former members of the U.S. military” who have experience in “special operations and intelligence communities.”

The other evacuees whom Project DYNAMO rescued during its latest AQUARIUS rescue mission included 40 children and 15 adults.
(Courtesy of Project DYNAMO)

The organization reported that it has rescued more than 400 people from “war-torn, contested and Russian occupied areas of Ukraine” — and it has “transported them safely to neighboring countries.”

U.S. VETERAN RESCUED FROM RUSSIAN-OCCUPIED TERRITORY IN UKRAINE: ‘WE DON’T LEAVE OUR PEOPLE BEHIND’

The nonprofit has received more than 15,000 evacuation requests from people around the world in relation to the Russia-Ukraine war, including the U.S., U.K, Canada, France, Romania, Nigeria, Mexico and Afghanistan.

The privately run and donor-funded rescue organization derives its name from “Operation Dynamo.”

That was the code name used during the Dunkirk evacuation operations of World War II in 1940.

More than 4.8 million Ukrainians have fled the country, according to data from the United Nations High Commissioner for Refugees.