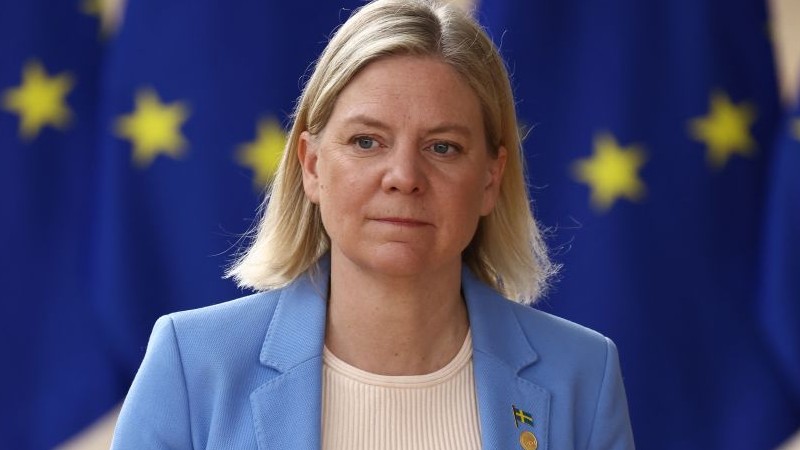 Sweden’s leftist Prime Minister has vowed to abolish ethnic ghettos, asserting that she doesn’t want to see the emergence of “Somali-towns” in the Scandinavian country.

Social Democrats leader Magdalena Andersson made the comments during an interview with the daily newspaper Dagens Nyheter.

“We don’t want Chinatowns in Sweden, we don’t want ‘Somali-towns’ or Little Italys,” she said in reference to migrant ghetto areas where one particular ethnic groups becomes concentrated.

Skeptics have suggested that Andersson’s comments are merely a ploy to erode support for anti-mass migration party the Sweden Democrats, which is likely to become the second biggest in parliament after the September 11 elections.

However, she made similar remarks following ethnic riots earlier this year that left more than 100 police officers injured.

Acknowledging that integration had failed, Andersson stated, “Segregation has gone so far that we have parallel societies in Sweden. We live in the same country, but different realities.”

“Integration was poor, and alongside, we have experienced intense immigration. Our society was too weak, while money for the police and social services too little,” she added.

Andersson was part of the government that accepted around 180,000 migrants during the “refugee crisis,” a decision she later said she “regretted.”

Having been one of the safest countries in Europe 20 years ago before mass uncontrolled immigration, Sweden is now the continent’s second most dangerous in terms of gun crime behind only Croatia.

Last year, Germany’s Bild newspaper ran the headline: ‘Sweden is the most dangerous country in Europe.’

Ukrainian refugees also expressed the desire to avoid being sent to Sweden, feeling that it was too unsafe.

Ukrainian women in Sweden were also warned not to dress in a way that could “provoke” Muslim men.

As we highlighted earlier this month, Swedish Migration Minister Anders Ygeman has suggested that Sweden should follow the example of Denmark in seeking to place a limit on the population of non-Nordic migrants living in troubled areas.

The Danish government has enacted a policy which has seen parts of migrant ghettos demolished, with residents moved elsewhere in a bid to put a stop to ‘parallel societies’ that breed crime and social dislocation.