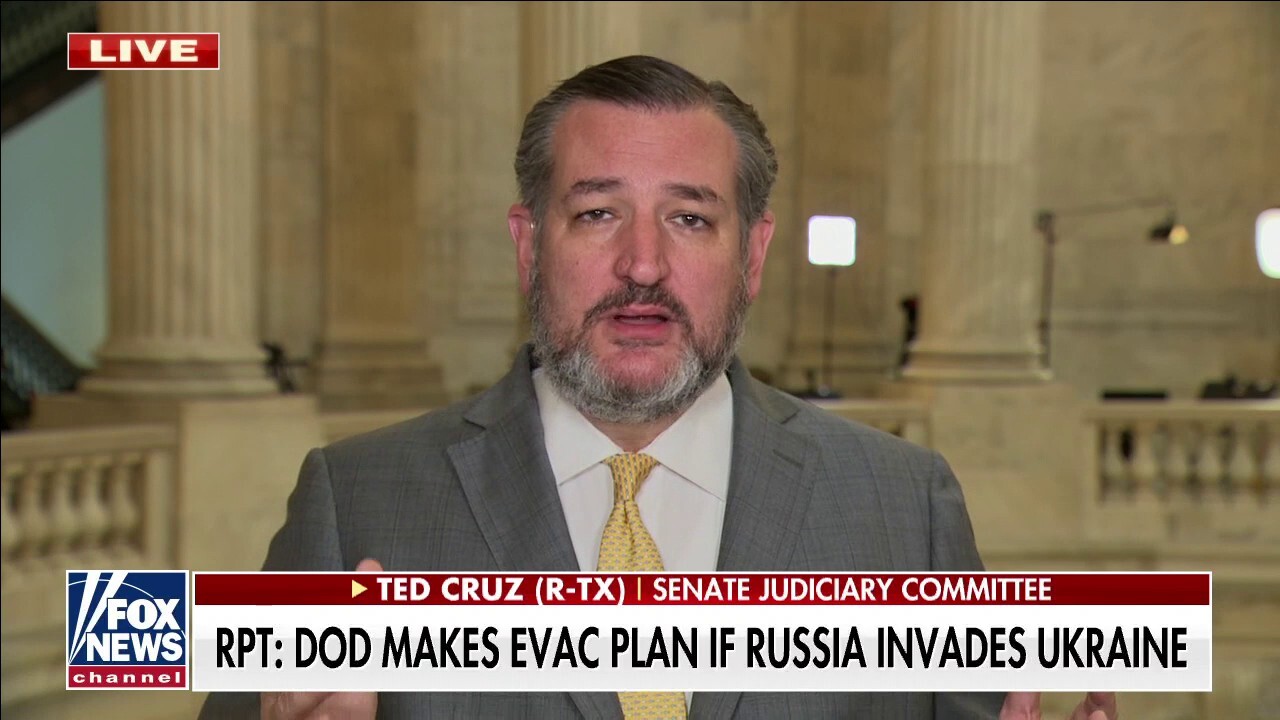 Sen. Ted Cruz, R-Texas, blasted President Biden for emboldening America’s enemies, arguing Russian aggression against Ukraine is his fault because of the precedent set by the withdrawal from Afghanistan. Sen. Cruz joined “The Faulkner Focus” on Wednesday to discuss his foreign policy approach as tension mounts between Russia and Ukraine.

WHETHER HE ATTACKS UKRAINE OR NOT, PUTIN HAS ALREADY WON

TED CRUZ: This weekend the Biden administration declassified their own assessment that an invasion is imminent, that it could come as early as January or February of next year, and candidly, the administration is trying to prepare everyone for the very substantial possibility of a Russian invasion of Ukraine.

The thing to understand this is Joe Biden’s fault. It’s Joe Biden’s fault for two reasons. Number one, you mentioned just a minute ago the disaster of Afghanistan, the weakness that Biden showed surrendering to the Taliban. Every enemy of America took a measure of the man in the Oval Office, and that same surrender that we’ve seen to the Taliban, the rest of the enemies of America were emboldened by that surrender.

But secondly, Biden very specifically surrendered to Putin on Nord Stream 2. Now, why does Nord Stream 2 matter? Nord Stream 2, a pipeline that Russia is building to go directly from Russia to Germany. They’re doing it because they want to bypass Ukraine. In 2014, Putin invaded Ukraine, invaded Crimea, but didn’t continue to invade the rest of the country, didn’t go all the way to Kiev. Why? Because right now the Russian natural gas goes through Ukraine, through Ukrainian energy infrastructure to get to Europe. And if they had invaded Ukraine, the Ukrainians could have destroyed that pipeline and cut off their ability to get to market. So Nord Stream 2 is all about and enabling Russia to cut Ukraine out of the transit loop in order for them to… drive the tanks into downtown Kiev.