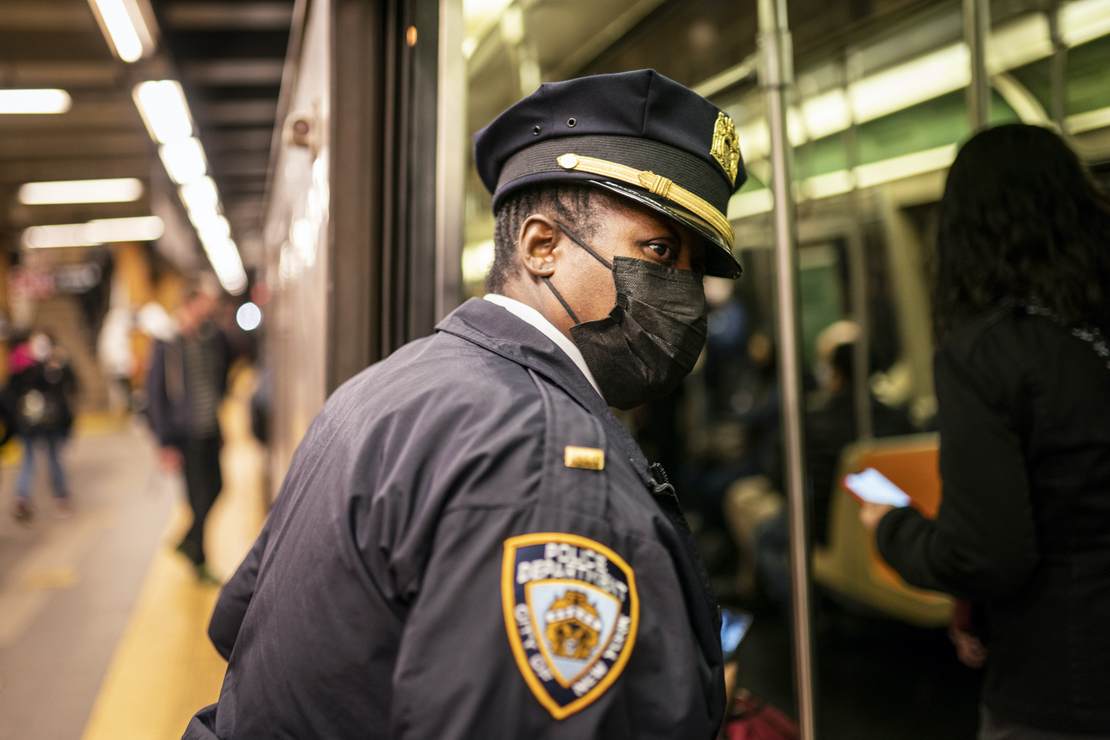 In a scene that has long since become all too common in New York City, a teenager was filmed violently attacking an NYPD officer in the subway after he was confronted about jumping the turnstile without paying. The altercation expanded when a young girl who was with the teen jumped in to attack a female police officer who was assisting. The suspect, who was not named because of his age, was released without bail of course because this is New York we’re talking about. But a new twist in the story quickly appeared. It turns out that being freed without bail was a common experience for the teen. He had only just been released (again without bail) after committing an assault and robbery of a pedestrian days earlier. And he already had illegal gun charges filed against him earlier this year. So now there are plenty of people asking how he can possibly be back out on the streets again. (NY Post)

The 16-year-old boy who allegedly punched a cop in a Manhattan subway station was free to strike after being sprung without bail in a violent robbery case just a few days earlier.

The boy — who is not being identified because he’s a minor — was freed on his own recognizance following his bust on Wednesday on allegations he and three others jumped a 49-year-old man on a Midtown street, punching the victim and running off with his cellphone.

Prosecutors with the Manhattan District Attorney’s Office requested he be released with “intensive community monitoring” at his arraignment, though they could have requested bail on the top robbery charge.

Here’s the link to the video of the attack on the police. Content warning: The teen winds up with a bloody face after the brawl.

The crazy part about all of this is that the DA could have requested bail after the previous robbery because it involved a violent assault as well. And the attack on a police officer should have made him eligible for bail. But they just keep releasing him over and over again.

Part of this problem is caused by yet another “criminal justice reform” law in New York. In addition to the so-called “bail reform” laws that were passed, in 2017 the state enacted the “Raise the Age” law. This change pushed nearly all cases of crimes committed by 16 and 17-year-olds directly into family court. Those cases almost never involved suspects being held on bail and they send convicted teens to “rehabilitation” programs rather than to jail.

Does it really seem to you that this sixteen-year-old is being rehabilitated? Yes, he’s technically still not an adult, but he has multiple weapons and assault busts under his belt. It’s not being revealed if he’s officially involved with any of the local gangs, but even if he isn’t, he’s clearly living the gang lifestyle. And arresting him and giving him a court date will likely not change his behavior.

Mayor Eric Adams pointed to this teenager’s case this week, repeating his previous assertion that New York City is “the laughingstock of the country.” The President of the PBA told reporters, “If New Yorkers want to know why the chaos in the transit system is not improving more quickly — this is why.”

Welcome to New York. Now… escape while you can.