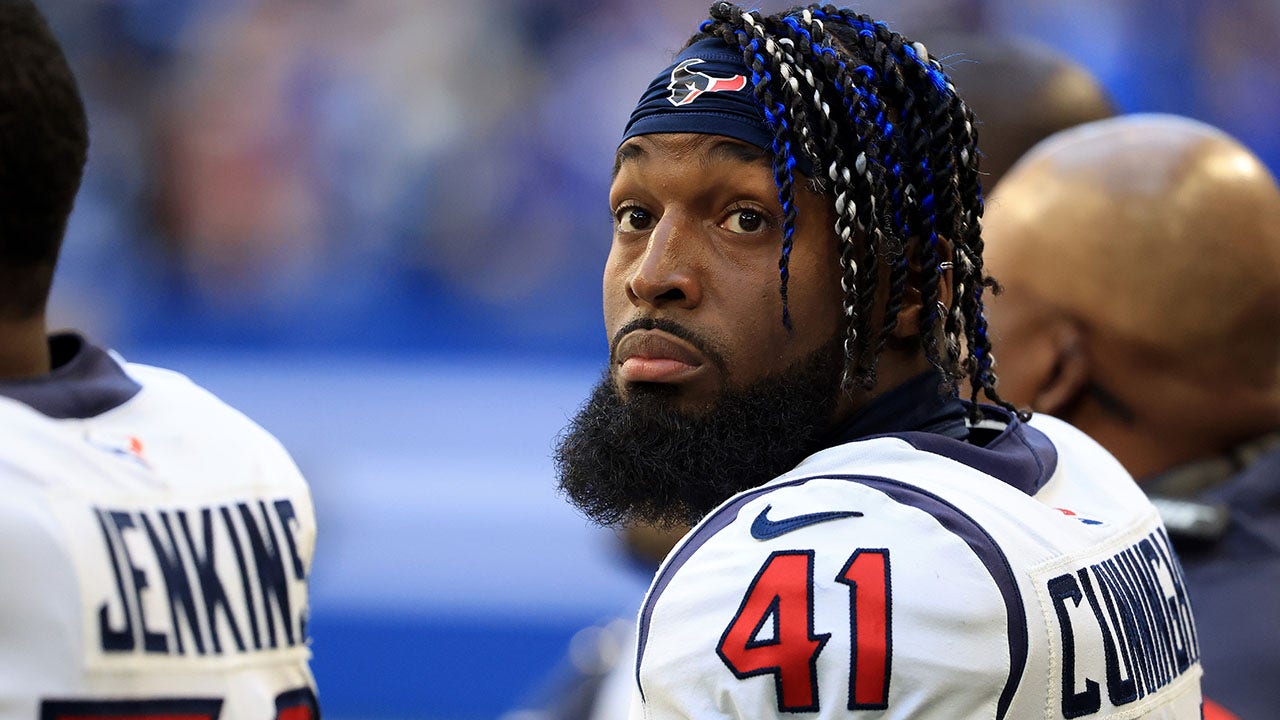 Zach Cunningham (41) of the Houston Texans warms up before a game against the Tennessee Titans at Nissan Stadium Nov. 21, 2021 in Nashville, Tenn.
(Wesley Hitt/Getty Images)

Cunningham, who led the NFL in tackles last season, piled up 67 total tackles with one forced fumble and three passes defended in 10 games this season, despite missing two games due to disciplinary reasons.

A second-round pick in the 2017 NFL Draft, Cunningham piled up 100 or more tackles in each of the past three seasons. In 2020, Cunningham had an NFL-high 164 tackles.

Chuba Hubbard (30) of the Carolina Panthers tries to hold off the tackle of Zach Cunningham (41) of the Houston Texans during a first half run at NRG Stadium on September 23, 2021 in Houston, Texas.
(Tim Warner/Getty Images)

Texans head coach David Culley talked about why he disciplined Cunningham this season.

“We have standards,” Culley said, via NFL Network. “I didn’t feel like those standards were being met consistently. It wasn’t tough at all (to waive Cunningham). It’s about the team. It’s not about one individual player.”

Zach Cunningham (41) of the Houston Texans tackles Khari Blasingame of the Tennessee Titans short of the goal line during the third quarter at Nissan Stadium on Dec. 15, 2019 in Nashville, Tenn.
(Brett Carlsen/Getty Images)

If the season ended today, Houston would be picking No. 3 in the 2022 NFL Draft. The Texans still have games against the Seahawks, Jaguars, Chargers, 49ers and Titans remaining.