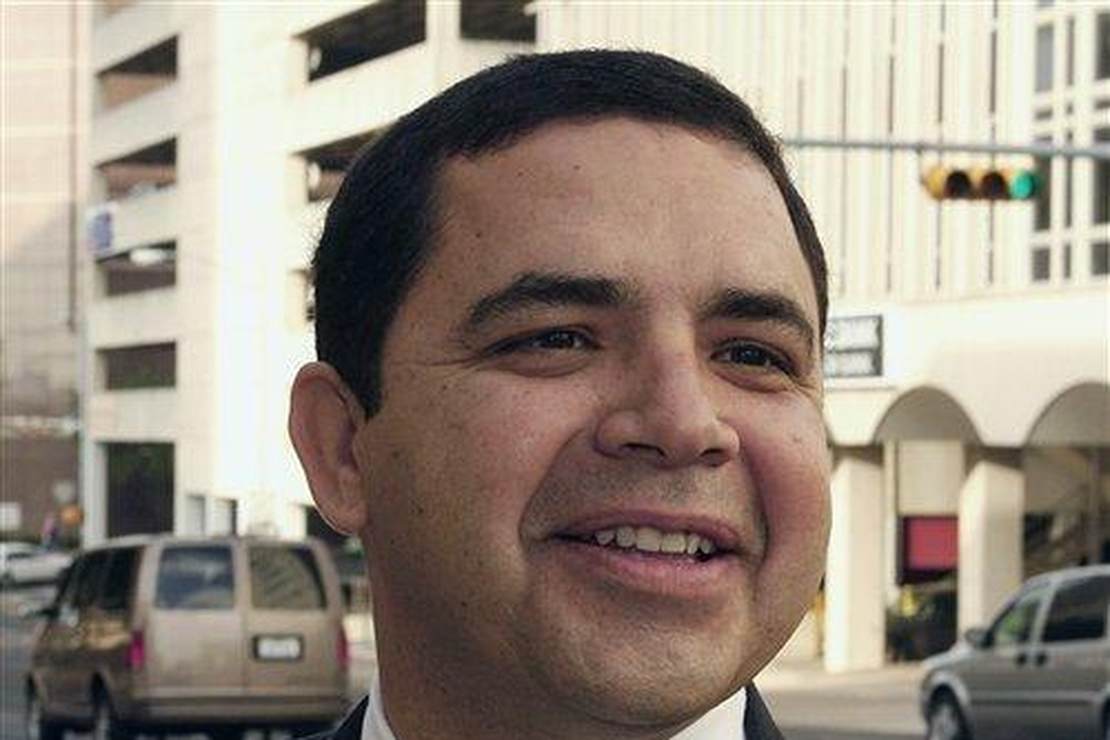 A classic battle between a moderate establishment type of Democrat versus a progressive challenger is underway in Texas Congressional District 28. The district is part of the Rio Grande Valley where much progress has been made by the Republican Party in recent election cycles. The area has been solidly deep blue for decades but that is changing. This dynamic makes the primary race battle between current Congressman Henry Cuellar and his former intern who is now running to take the seat, Jessica Cisneros, all the more interesting.

Rep. Cuellar’s campaign office in Laredo and his home were raided by the FBI last week. At the time, little was said in the way of specifics of the raid. Soon it was reported that the raid was part of a federal probe into the former Soviet state of Azerbaijan and several U.S. businessmen. Cuellar is co-chair of the Congressional Azerbaijan Caucus. He has met with Azerbaijan officials, including the ambassador of Azerbaijan, Elin Suleymanov. He has been in Congress since 2005.

Jessica Cisneros is a 28-year-old attorney. She challenged Cuellar for the seat in 2020 and lost the primary race by less than 3,000 votes. She was endorsed in 2020 by outside progressives hoping to help Texas Democrats turn the state blue – AOC, Bernie Sanders, Rep. Pramila Jayapal, and Justice Democrats. At the time, Pelosi endorsed Cuellar. In 2020, this race was seen as AOC and The Squad flexing their muscle to challenge Pelosi for more control in Congress. The progressives versus more moderate Democrats dynamic continues in this cycle. Robert Francis O’Rourke, a.k.a. Beto, is running for governor and I will not be surprised to see him endorse Cisneros. He worked to get out the vote for her in 2020.

Cuellar is the only pro-life Democrat in Congress now. He is a border security hawk and a lot of progressives want him out of Congress. He’s definitely a Democrat, he’s just not bat poop crazy. One of the reasons his district is moving toward voting for Republicans is because of the Biden border crisis. The majority of Hispanics in Texas are not in favor of open borders and support the rule of law in immigration. Hispanics who came here legally resent the hell out of illegal migrants flooding the border and expecting to jump the line for legal status. Democrats haven’t quite figured that out yet, certainly not the ones outside of Texas.

Conveniently, the FBI raid happened just a matter of weeks before the March 1 primary in Texas. Texas is holding the first congressional primary elections in the country for the 2022 midterm elections. Cuellar had not been charged with anything and the FBI has not named him as a target or suspect in anything. Nonetheless, it was unusual for the FBI to raid a politician’s home and office so close to an election. The Cisneros campaign is taking advantage, as you would expect. Money is flowing in, according to reports, and she is receiving endorsements.

“She has a very, very, very good chance of winning, even prior to the recent scandal that Representative Cuellar is going through,” said Rep. Jamaal Bowman (D-N.Y.), who himself toppled a long-time incumbent as a primary challenger backed by the liberal group Justice Democrats. “She came very close the first time around. Now I expect her to get it done.”

Asked if more congressional endorsements were coming, Bowman said: “Stay tuned. You will see others. … We want to make sure we get her as much momentum as possible.”

Today Cisneros has her first broadcast spot up for the 2022 election. It doesn’t mention the FBI raid but concentrates on a big focus of her campaign – Medicare for All.

“For South Texans, the FBI investigation into Henry Cuellar is alarming and yet there were already serious concerns about the Congressman’s long history of corruption and close ties with his corporate donors over the voters of this district,” Cisneros said in a release announcing her ad, which was first shared with POLITICO.

Cuellar is campaigning for his re-election, reminding voters of his deep ties to the district and touting his years of service. He put up more television ads last weekend, after an outside group cut its ad buy. No groups have pulled their endorsements of Cuellar – yet – but the San Antonio Express-News flipped to endorse Cisneros. They supported Cuellar in 2020. The editorial board announced its endorsement of Cisneros on Monday. “Congressman Cuellar stands a very good chance of losing this seat,” said Kristen Hernandez, deputy director of campaign communications for EMILY’s List. Emily’s List backed Cisneros in 2020 as well as in this race. It only endorses pro-abortion Democrats so it was never going to endorse Cuellar.

The district stretches from Laredo north to San Antonio. Biden won by a few points but Hillary carried the district by 20 points in 2016. With re-districting, it would give Biden a 7-point advantage but Republicans have targeted it for a GOP win. Democrats should be careful in their wishes. The district is listed as solidly Democrat or leaning Democrat by three race-rating outlets for the general election. Those ratings could change if Cuellar loses the primary. “Patrick Svitek of The Texas Tribune, writing for Texas Public Radio, said that the race ratings could change to be more favorable to Republicans if Cuellar loses in the primary.”

There is a red wave coming in the midterm election cycle, likely a red tsunami. If Cuellar loses the primary race, it would be great to see Texas go a little more red this year.