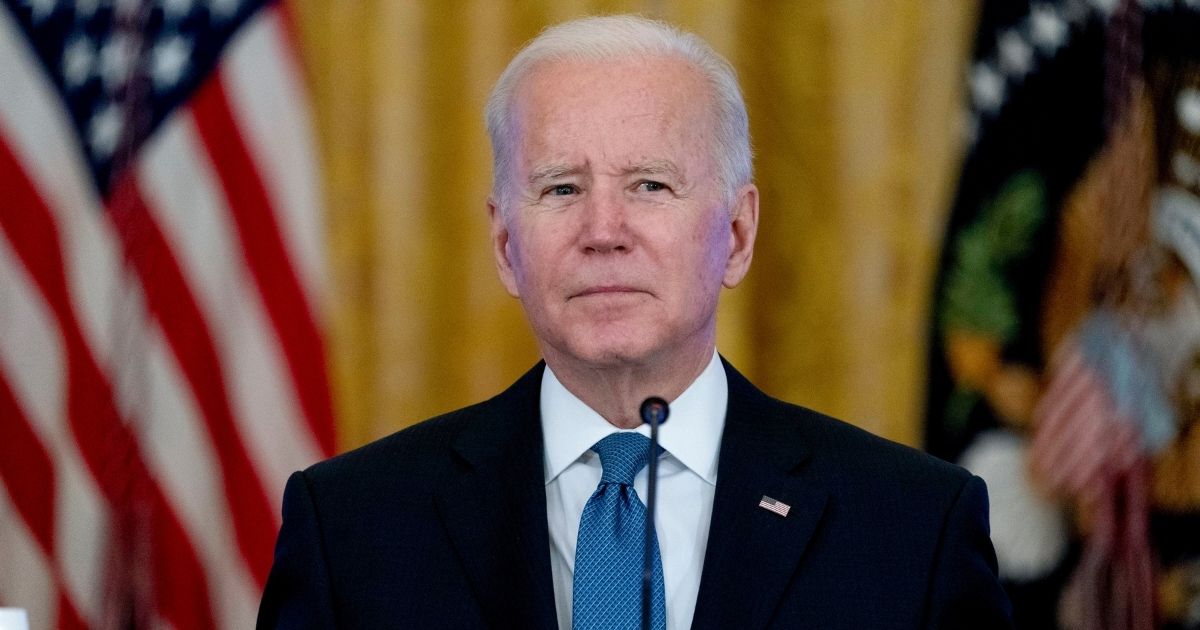 President Joe Biden called Fox News White House correspondent Peter Doocy a “stupid son of a b****” Monday after the reporter asked him a question about the impact of inflation on the 2022 midterms.

The White House staff was trying to usher reporters out the room when Doocy called out to Biden, “Will you take questions on inflation? Do you think inflation is a political liability in the midterms?”

Biden did not seem to be aware his mic was still on when he responded under his breath with sarcasm, “It’s a great asset.”

The Bureau of Labor Statistics reported the price of consumer goods rose 7 percent in 2021, a 40-year high.

A Fox News poll released on Sunday found that 85 percent are worried about inflation, and 48 percent believe that Biden’s policies are primarily responsible for the spike.

By comparison, during former President Donald Trump’s time in office, inflation hovered at around 2 percent annually.

Inflation of course hits people where they live, and in a sense is an insidious tax on their income.

The nearly $2 trillion American Rescue Plan, passed in March 2021, extended enhanced unemployment benefits until September of last year, and upped the child “tax credit” to as high as $300 per month, per child.

Both of these policies were inflationary because they incentivized people not to go back to work, meaning employers had to raise wages to try to fill positions, leading to higher prices for consumers.

In addition, people had a lot of printed and borrowed government money to spend. More dollars chasing fewer goods and services equals inflation.

The Democratic Party appears to be in trouble heading into the midterms.

A Gallup survey released last week showed a 14-point swing in favor of Republican Party affiliation, giving the GOP its greatest advantage since 1991.

Gallup: In 2021, GOP went from a 9 point deficit in party identification to a 5 point lead

Glenn Youngkin’s victory in the Virginia governor’s race and the GOP flipping the state’s House of Delegates — a state Biden won by 10 percentage points in 2020, mind you — is just one of the places in last November’s off-year elections that signaled a challenging midterms for the Democrats.

Doocy asked a reasonable question. Biden should have answered it instead of offering an expletive in response.

Doocy appeared to take it all in stride, joking to Fox News host Jesse Watters after the incident, “Nobody has fact-checked him yet and said it’s not true.”

Peter Doocy on Biden calling him a “stupid son of a b*tch”:

“Nobody has fact-checked him yet and said it’s not true.” pic.twitter.com/DEsJAmRFoL

A red wave is forming likely to sweep many Democrats out of office in November, and their own inflationary policies will be partly to blame.