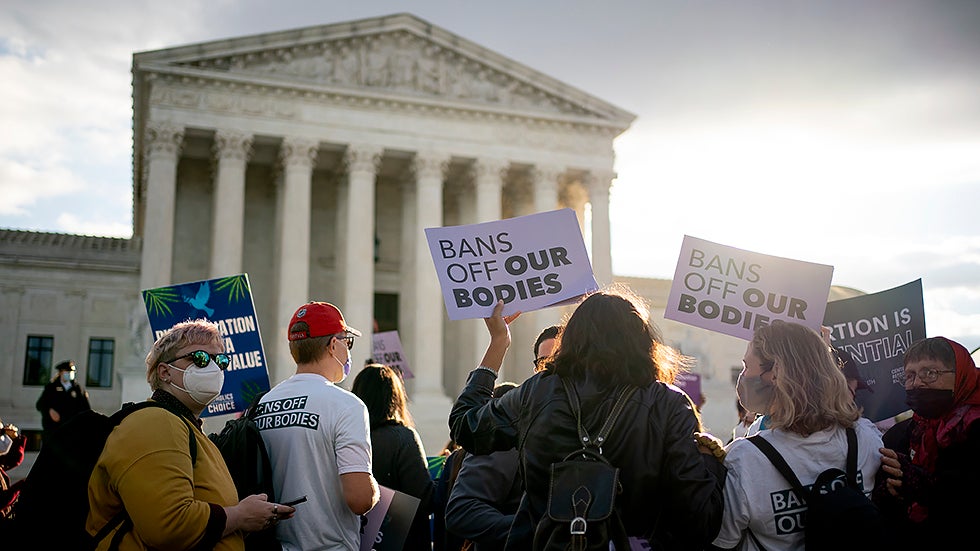 It is now notorious that the criminalization of abortion, in the wake of the Supreme Court’s overruling of Roe v. Wade, doesn’t do much to lower the abortion rate but has had devastating effects on the ability of doctors to treat pregnancies that go wrong.  Horror stories accumulate. Opponents of abortion have claimed that the press has exaggerated the danger. Yet two recent lawsuits have made clear that this harm is very real. Efforts to preserve women’s health are being resisted, with some success, even in cases where the fetus is doomed.

The Supreme Court indicated in Dobbs v. Women’s Health Center that it wanted to stay away from the abortion issue. Yet it is certainly coming back there, and soon, because of a new division between two lower federal courts.

The Emergency Medical Treatment and Labor Act (EMTALA), enacted in 1986, requires that emergency rooms examine every patient who comes there. If the patient has an “emergency medical condition,” the hospital must “stabilize” them, assuring that the patient’s condition won’t worsen when they’re discharged or transferred. The statute defines an emergency as a condition that in “the absence of immediate medical attention could reasonably be expected to result in “placing the health of the individual (or, with respect to a pregnant woman, the health of the woman or her unborn child) in serious jeopardy,” “serious impairment to bodily functions” or “serious dysfunction of any bodily organ or part.” Sometimes, to prevent these harms, the doctor must terminate a pregnancy.

Under the supremacy clause of the Constitution, federal law preempts state law when they conflict.

Some of the new state abortion restrictions squarely contradict EMTALA. In Idaho, abortions are prohibited unless they are “necessary to prevent the death” of a woman — meaning, as a federal district court just observed, that “severe sepsis requiring limb amputation, uncontrollable uterine hemorrhage requiring hysterectomy, kidney failure requiring lifelong dialysis, hypoxic brain injury” are not sufficiently serious to protect the doctor from prosecution. In Texas, doctors who terminate pregnancies can go to prison, possibly for life, unless they can prove that the woman “has a life-threatening physical condition” that places her “at risk of death or poses a serious risk of substantial impairment of a major bodily function unless the abortion is performed.”

In a guidance letter to health care providers, Health and Human Services Secretary Xavier Becerra wrote that if a patient “is experiencing an emergency medical condition as defined by EMTALA, and … abortion is the stabilizing treatment necessary to resolve that condition, the physician must provide that treatment. And when a state law prohibits abortion and does not include an exception for the life and health of the pregnant person—or draws the exception more narrowly than EMTALA’s emergency medical condition definition—that state law is preempted.”

This week, two federal judges reached opposite conclusions about the conflict. At the behest of the Biden administration, Judge B. Lynn Winmill blocked the Idaho law.  EMTALA, he noted, “demands abortion care to prevent injuries that are more wide-ranging than death.” The Idaho law requires that doctors allow their patients’ conditions to deteriorate disastrously before they can intervene. “Healthcare providers can seldom know the imminency of death because medicine rarely works in absolutes.” It is often scientifically impossible to determine whether death is certain if the pregnancy continues. EMTALA, like medical practice generally, aims to intervene promptly, before the patient’s life is in danger.

In Texas, however, Judge James Hendrix granted an injunction against Becerra, blocking enforcement of the federal policy. In his complaint, Texas Attorney General Ken Paxton had preposterously declared that the administration’s policy would “transform every emergency room in the country into a walk-in abortion clinic.” Judge Hendrix agreed, saying that EMTALA “protects both mothers and unborn children” and “is silent as to abortion.” Nothing in the Texas statute, he declared, “makes the provision of stabilizing care impossible.”

Hendrix’s reasoning is unpersuasive. The statute indeed fails to mention abortion, or any other medical procedure. But it doesn’t have to: It tells the doctor to do whatever is necessary to keep the patient’s condition from worsening. In the hypotheticals he offers, in which it is possible to stabilize the woman without ending the pregnancy, it is not the case that, in Becerra’s words, “abortion is the stabilizing treatment necessary” to address the emergency. In such a situation, it would not be the necessary treatment but merely a possible treatment.

Hendrix ignores far more common emergency cases. The amniotic sac can rupture, leading to infection. The placenta may begin bleeding. The woman may develop pre-eclampsia, which raises her blood pressure to dangerous levels. In many such cases, the appropriate response is to end the pregnancy before the patient becomes gravely ill — and then the Texas law does make stabilizing care impossible.


Religious persecution is closer to home than most Americans realize

He writes, quoting the Texas statute: “To the extent that the Guidance would require abortion where Texas would not, Texas law does so to ‘provide[] the best opportunity for the unborn child to survive.’” Yet in many emergency cases, there is no possibility that the fetus will survive. The Texas law nonetheless forbids doctors from intervening while its heart is still beating. That will certainly lead to avoidable deaths, but they must be endured because doctors will not be able to know in advance which lives are jeopardized.

This issue is almost certainly headed for the Supreme Court, which so recently declared that the abortion question was none of its business. We will see whether its judges will torture the statute as Hendrix did. I am not optimistic.

Andrew Koppelman, John Paul Stevens Professor of Law at Northwestern University, is the author of “Burning Down the House: How Libertarian Philosophy Was Corrupted by Delusion and Greed” (St. Martin’s Press, forthcoming). Follow him on Twitter @AndrewKoppelman.