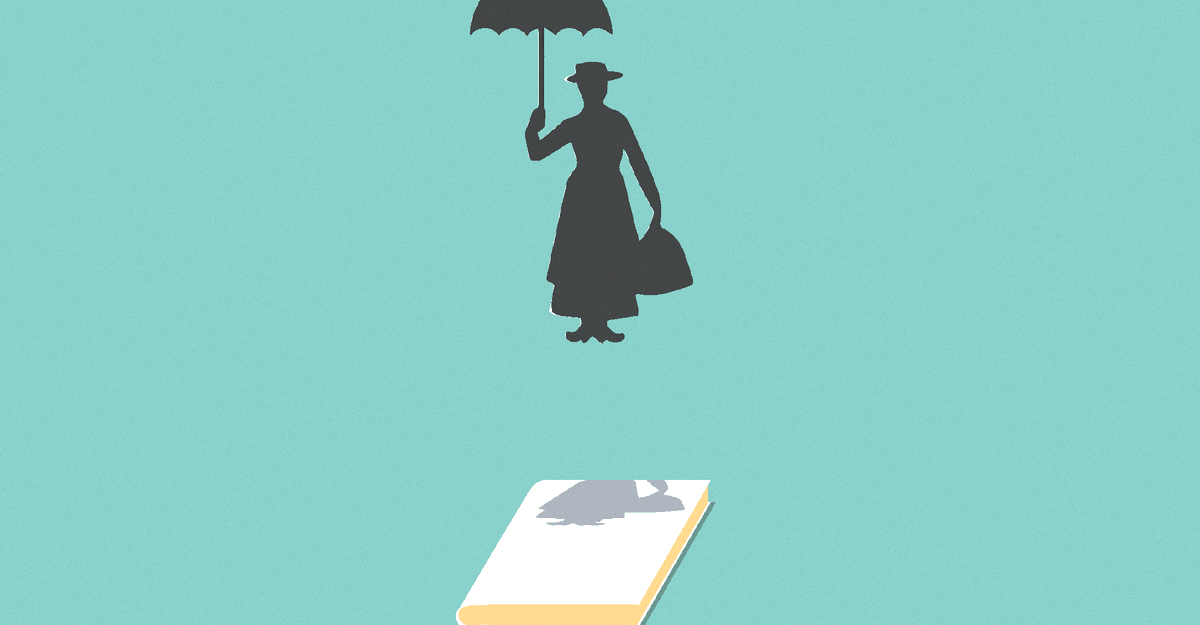 When Marion Crawford, the nanny for then-Princesses Elizabeth and Margaret, published a gentle, ghostwritten memoir in the 1950s about her life with the royals, it was an instant sensation. The book, “novelistic and carefully plotted,” as my colleague Caitlin Flanagan noted in 2006, cataloged all the kinds of details that might captivate an outsider: “of dress and of food and of housekeeping on the grandest level imaginable,” she wrote. After Crawford published the book without the royal family’s permission, they ostracized their former caregiver—who appeared to genuinely care for her charges—for the rest of her life.

Voyeurism aside, there’s a reason readers are fascinated by nannies, and why a writer may find them the perfect protagonist. A nanny is fully immersed in the most intimate details of a family’s life, yet retains an outsider’s point of view. The success of Crawford’s book, Flanagan noted, spawned something of a micro-genre: the nanny confessional. Its entries include Maud Shaw’s admiring observations of the Kennedy dynasty in White House Nannie and gossipy revenge works, such as Suzanne Hansen’s You’ll Never Nanny in This Town Again. And from the other side of the employee-employer relationship, in Women’s Work, the journalist Megan Stack examines the uneasy ethics of advancing in a career thanks to the overwhelmingly female domestic-worker economy.

That kind of fraught relationship is the focus of Kiley Reid’s novel, Such a Fun Age. Seeking to illuminate the “everyday domestic biases that we don’t even know we have,” as Reid has put it, she writes about a white, upper-middle-class mom’s awkward attempts to connect with her Black 25-year-old part-time babysitter. In The Perfect Nanny, the author Leïla Slimani flips the script, exploring a couple’s deepest insecurities through their relationship with their nanny. In Curtis Sittenfeld’s short story “The Richest Babysitter in the World,” a young woman works for a wealthy couple, then watches them rise to global fame decades later. “Are the Woleys good and bad in the same proportions that I am,” she wonders, “but the vastness of their wealth makes the consequences of their choices more dramatic?” It’s a curious thing: Even though a nanny functions as part of the family, the underlying tension and vulnerability in her relationship with her employers often drives a plot.

​Every Friday in the Books Briefing, we thread together Atlantic stories on books that share similar ideas. Know other book lovers who might like this guide? Forward them this email.

When you buy a book using a link in this newsletter, we receive a commission. Thank you for supporting The Atlantic.

How to treat the help?

“Hansen’s book falls squarely into an established, if minor, literary genre: the nanny confessional … The success of [Marion Crawford’s]The Little Princesses was sufficient to give publishers the impetus for producing another book of its kind. There was no shortage of former nannies willing to spill the beans for a price; the problem was locating a set of charges who were already the objects of tremendous public affection and whose daily routines were conducted within the framework of historic events of international consequence.”

The eerie horrors of The Perfect Nanny

“Slimani is preoccupied by the paradoxes of parenting in a world where the potential for disaster abounds. When it comes to the safety of their children, Myriam and Paul are at once irrationally scared and naively—tragically—self-assured, invested in their own power to maintain control.”

📚 The Perfect Nanny, by Leïla Slimani

Such a Fun Age satirizes the white pursuit of wokeness

“Any good comedy is about subverting expectations, and this ominous, all-too-familiar instance of racial profiling gives way to a funny, fast-paced social satire about privilege in America, and about, as Reid said … the ‘everyday domestic biases that we don’t even know we have.’”

📚 Such a Fun Age, by Kiley Reid

“The Richest Babysitter in the World”

“The lesson I thought I’d gleaned from the Woleys—because I was still then a person who believed that situations provided lessons, rather than just marking the passage of time—was that two smart, dorky adults could join together and make a family, a sweet life.”

📚 “The Richest Babysitter in the World,” by Curtis Sittenfeld

“I moved pretty thoughtlessly into having a woman come into my home and work full-time. But very quickly, I started to experience things that surprised me. The emotional components of trust, love, and jealousy, the attempt to turn a household into a job site, and the way that intersects with power imbalances of money and race … I hadn’t anticipated it. The more I adjusted to being a mother, the more uncomfortable I was, because I was looking at my nanny and thinking, She’s a mother, too. Who’s taking care of her baby?”

About us: This week’s newsletter is written by Mary Stachyra Lopez. The book she’s listening to next is The Art of Letting Go, by Richard Rohr.

Comments, questions, typos? Reply to this email to reach the Books Briefing team.

Did you get this newsletter from a friend? Sign yourself up.