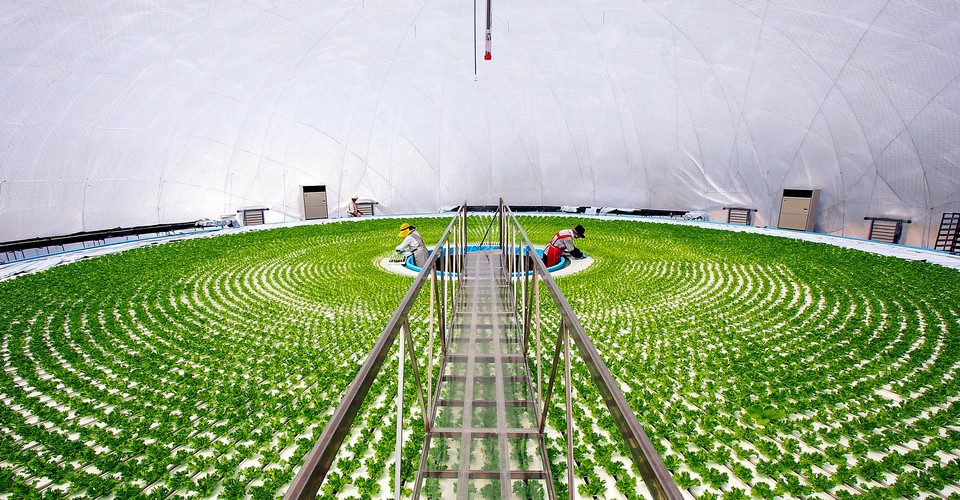 Question of the Week: Food for Thought

This week I want to know your most contested opinion on food. Do you eat meat? Hate cheese? Are you a vegetarian or a vegan? Is organic produce worth it or a waste of money? Do you care if crops are genetically modified? Would you eat veal? Octopus? Whale? How much do you tip in restaurants? This is your chance to share any and all food-related opinions, even those not captured in the preceding questions. What’s your personal philosophy on food? Why? What do others get wrong?

Last week, The Wall Street Journal published polling data suggesting, in their words, that “the nation’s large and diverse group of Hispanic voters,” which has favored Democratic candidates in recent elections, “is showing signs of dividing its support between Democrats and Republicans.” If the 2022 midterms were today, “37% of Hispanic voters said they would support the Republican candidate and 37% said they would favor the Democrat, with 22% undecided.”

Hispanics appear to be transitioning from an insecure new group to a more assertive part of the mainstream. In so doing, their trajectory is looking more like that of aspirational and upwardly-mobile “white ethnics” like Italian-Americans and less like that of African-Americans, who have historically been more receptive to Democrats’ framing of them as a marginalised group in need of protection.

So much for “the emerging Democratic majority.” Ruy Teixeira shares his analysis of what’s going on:

It is hard to avoid the conclusion that Democrats have seriously erred by lumping Hispanics in with “people of color” and assuming they embraced the activism around racial issues that dominated so much of the political scene in 2020, particularly in the summer. This was a flawed assumption. The reality of the Hispanic population is that they are, broadly speaking, an overwhelmingly working class, economically progressive, socially moderate constituency that cares above all, about jobs, the economy and health care.

In Politico, Marc Caputo and Sabrina Rodriguez raise the question of whether Democrats are alienating a key constituency by referring to them as “Latinx”––something many elected Democrats actually avoid doing, Christian Paz reports––despite the relative unpopularity of the term:

Only 2 percent of those polled refer to themselves as Latinx, while 68 percent call themselves “Hispanic” and 21 percent favored “Latino” or “Latina” to describe their ethnic background, according to the survey from Bendixen & Amandi International, a top Democratic firm specializing in Latino outreach.

More problematic for Democrats: 40 percent said Latinx bothers or offends them to some degree and 30 percent said they would be less likely to support a politician or organization that uses the term. At a time when Republicans appear to be making inroads among Latino voters, the survey results raise questions about how effectively the party is communicating with them, according to pollster Fernand Amandi and other Democrats and Latino vote experts.

Matt Yglesias counters that it’s unlikely a substantial number of voters are changing their ballot selections based on that bit of terminology, but suggests that the term is a symptom of a larger problem:

Progressives normally distinguish themselves as being more fired-up about linguistic politics than moderate or conservative people and more insistent on deferring to the self-ascriptions of minority groups. The idea that we should make an exception to this for older, working-class, politically moderate people of Latin American ancestry who don’t favor the cancellation of the entire grammatical structure of Romance languages gets on my nerves. And I think it speaks to a larger ideological issue, which is that progressives have been banking on the growing Hispanic population to create their hoped-for majority, but they seem very uninterested in paying attention to the actual views of Americans of Latin ancestry. The most obvious and egregious example of this is the basic reality that the post-2016 fad for describing New Deal liberal ideas like Medicare for All as “socialism” is very politically harmful among immigrant communities with origins in Cuba and South America (and probably Vietnam, too, but that’s a different story).

David Wallace-Wells argues that it is rational to be concerned about the spread of the Omicron variant:

The Delta wave has illustrated how transmissibility alone can drive much more devastating outcomes at the population level without a variant demonstrating heightened virulence or immune escape: if you multiply the case totals by three or five or more, a significantly less virulent strain can still produce higher numbers of serious illness and death by essentially accelerating what would have been a much more drawn-out trajectory. That should give pause to those who, seeing early signs of relative mildness, have taken to rooting for Omicron to displace Delta and spread country to country, infecting and essentially inoculating the remainder of the vulnerable population, many of whom would never have gotten vaccinated. That may ultimately prove to be the Omicron end-game. But given how many people remain susceptible, both globally and in the United States, a milder strain overwhelming country after country could still mean quite a lot of lives lost along the way.

Matthew Walther inhabits the America where the pandemic is largely irrelevant to daily life:

I don’t know how to put this in a way that will not make me sound flippant: No one cares … Outside the world inhabited by the professional and managerial classes in a handful of major metropolitan areas, many, if not most, Americans are leading their lives as if COVID is over, and they have been for a long while. In my part of rural southwest Michigan, and in similar communities throughout the country, this is true not despite but without any noticeable regard for cases … or death reports. I don’t mean to deny COVID’s continuing presence. What I wish to convey is that the virus simply does not factor into my calculations or those of my neighbors, who have been forgoing masks, tests … and other tangible markers of COVID-19’s existence for months—perhaps even longer.

Meanwhile, in California a statewide indoor mask mandate starts today; in Colorado, Governor Jared Polis, a Democrat, argues that because everyone has had ample opportunity to be vaccinated and vaccines are effective against serious disease, it’s no longer appropriate for the state to tell people what they must wear for public health. “If you haven’t been vaccinated, that’s your choice,” he said. “I respect that. But it’s your fault when you’re in the hospital with COVID.”

Provocation of the Week: The Case for Industrial Food

An essay in Jacobin takes aim at Alice Waters, Mark Bittman, Michael Pollan, and other proponents of the Slow Food movement, arguing that as long as food activists conceive of mass production as “unclean, impure, and unwholesome,” they will stymie progress and justice, because when farms are “small, undercapitalized, unproductive, labor intensive and technology poor,” there is “no opportunity for worker power,” and because “Slow Food is relatively expensive and laborious to prepare,” and therefore does no good for the working class.

The authors of the essay, Ted Nordhaus and Alex Smith, go on to argue:

There is something especially sinister about telling people that the way to eat healthfully, morally, and sustainably requires more work—especially when slow food really does little to ensure a healthy, moral, or sustainable food system, nor one that treats farm and food-processing labor any better … To make matters worse, slow food is not actually the most environmentally friendly or climate-conscious choice … Small farms and organic production typically have lower yields, require greater land use, and account for more greenhouse gas emissions per unit of food produced. If the global food system took up Michael Pollan’s aesthetic, there’d be catastrophic consequences in terms of the loss of wildlands, the farmification of vast populated areas, and most likely, similar or worse ecological and environmental consequences to conventional agriculture …

The world could not actually grow enough food to feed 10 billion with small-scale, low-productivity, labor-intensive agricultural systems … A proletarian food politics for the Left would celebrate cheap food for the masses. It would acknowledge the brutality of agricultural work and embrace a food system that supported workers’ struggles at the point of production and used technology in a way that improved the lot of ordinary workers.

This is not a new stance for Jacobin writers. In 2015, the leftist magazine published the essay “A Plea for Culinary Modernism” by Rachel Laudan, who argued that “the obsession with eating natural and artisanal is ahistorical. We should demand more high-quality industrial food.”

The Slow Food manifesto is here.

By submitting an email, you’ve agreed to let us use it—in part or in full—in this newsletter and on our website. Published feedback includes a writer’s full name, city, and state, unless otherwise requested in your initial note.