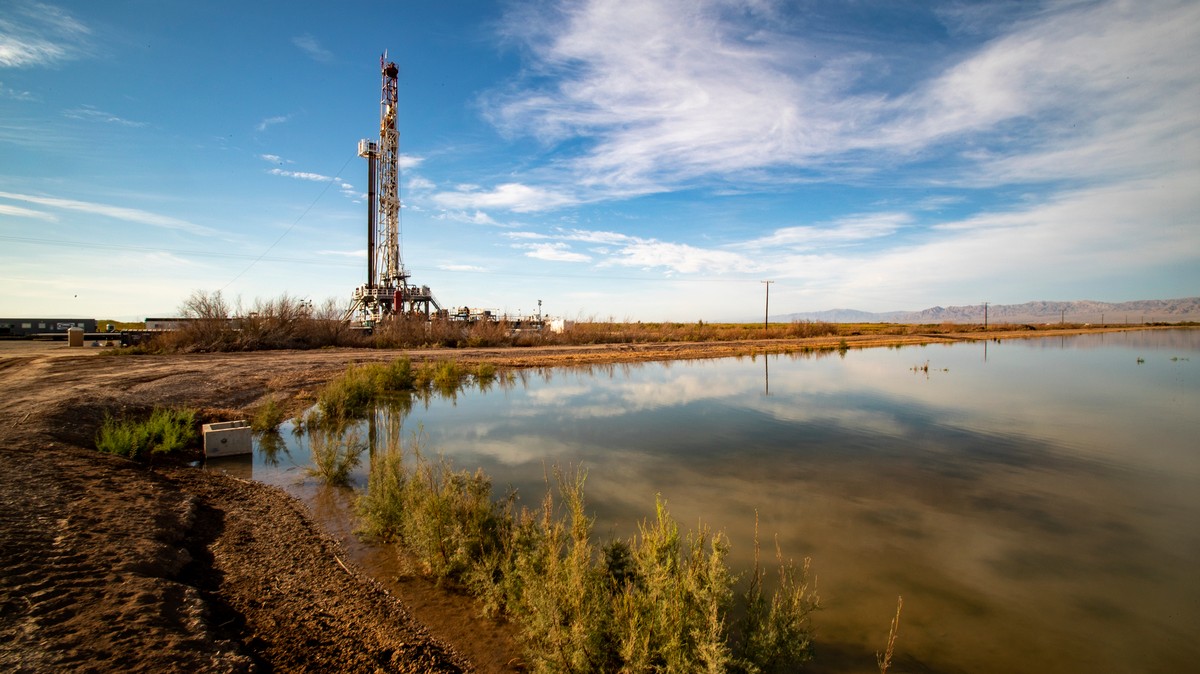 After months of community planning, California has begun mining for lithium in the Salton Sea, one of the most polluted environmental areas of the U.S.

It’s part of a resource boom spurred primarily by General Motors (GM), which, in January, set out to eliminate gas-powered vehicles from its production line by 2035. As part of this aim, it struck up a contract with Australian resource producer Controlled Thermal Resources (CTR) to extract lithium—a key element in lithium-ion batteries, which store energy that powers electric vehicles—from the Imperial Valley, home to a highly saline lake called the Salton Sea, an accidental offshoot of the Colorado River.

CTR announced that it had commenced drilling in the area in a press release Monday.

“We are very pleased to kick start our drilling program and we are on schedule to deliver,” CTR CEO Rod Colwell said in the release. “Our team utilized a detailed seismic survey completed in 2017 and existing well data to provide direction for the specific drill targets. We expect to reach target depths of approximately 8,000 feet for each well … Each well is expected to produce clean, firm power for decades.”

The drilling announcement is “Stage One” in what the company is calling “Hell’s Kitchen,” a broader lithium mining project that has yet to be greenlit in the area, but one CTR said would produce “a significant portion of GM’s future battery-grade lithium hydroxide and carbonate,” per a July press release. So far, it’s raked in $500-million from its deal with GM and other investors to get this vision off the ground, and told the automaker it will have produced 20,000 tons of lithium hydroxide by 2024, the Los Angeles Times reported Monday.

CTR’s aim is to use an existing body of 10 geothermal power stations—which derive energy from steam in stores that are deep underground—in the region for its lithium production. These stations produce liquid brine as a byproduct, which contains high levels of lithium that it will extract via “steam and ion exchange technology” before returning the brine underground, a CTR spokesperson told Motherboard in July. It’s a “closed-loop system” that the company lauds as both economically beneficial and environmentally-friendly.

If greenlit, Hell’s Kitchen would be poised to meet a global market for batteries that’s slated to grow five to ten-fold over the next decade, according to Department of Energy estimates.

But the location of the mines pose newfound questions around a new frontier in the energy transition.

Sitting at 200 feet below sea level and lacking an outlet through which to funnel water, the Salton Sea is incredibly polluted; over the last century, it’s developed a salinity that’s 50 percent higher than the Pacific Ocean, because the only way for water to exit the reservoir is through evaporation. As a 20-year megadrought in the western U.S. rages, environmentalists fear dust particles from the lake could worsen climate and health outcomes for residents. Though the region is home to elite vacation destinations like Joshua Tree and Palm Springs, local residents, who live in the Imperial Valley full-time, face environmental justice concerns: 22 percent live under the poverty line, while 85 percent of residents are Hispanic or Latino, per census data. Asthma-related emergency room visits around the Salton Sea are more than double the state average and nearly a third of children experience respiratory symptoms like wheezing, allergies, and dry cough, medical surveys have found.

Though lithium mines have long powered battery production, the scale of extraction necessary to power the transition away from fossil fuels poses new questions around environmental justice. In July, Motherboard reported that amid community concerns over the poorly-researched health effects of living near lithium mines, a multi-stakeholder body called the Lithium Valley Commission was spearheading community input and local job creation to harbor an economic boon for Salton Sea residents.

CTR noted in Monday’s press release that it anticipates the first two stages of Hell’s Kitchen will generate 480 construction jobs and 930 project jobs, collaborating with community, industry and government in doing so. It did not specify whether it plans to hire or train locally for this work.

“Today, we are employing the best and the brightest talent from the oil, gas, and geothermal industries,” Colwell said in the release. “It’s quite a thing to see a drill rig, that’s usually deployed for extracting fossil fuels, hard at work drilling to deliver clean energy and green lithium!”