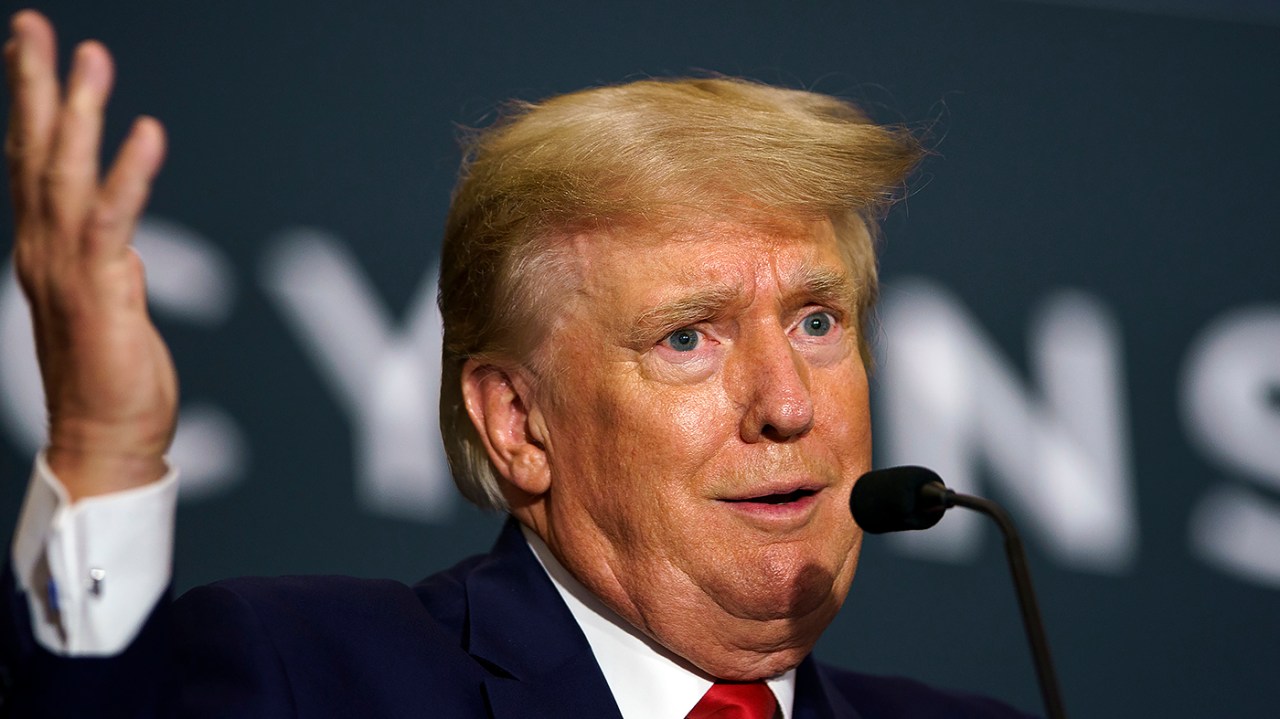 All indicators point toward significant gains for Republicans in this year’s November elections ​that are reminiscent of 1994, 2010 and 2014, particularly in the House of Representatives.

Repeated polls show President Biden’s favorability ratings in the 30s with strong disapproval of his record in office and his policy positions on ​the two issues closest to voters: inflation and crime. Add to that his anti-energy posture which has caused gas prices at the pump to skyrocket and forfeited our energy independence, resulting in the sorry spectacle of an American president begging Saudi dictators to increase oil production.

No wonder even a large majority of Democrats don’t want Joe Biden to run for another term. No wonder Republicans envision a November landslide.

Unless Donald Trump announces his presidential candidacy before the November elections, taking the focus off Joe Biden and making ​Trump himself the issue.

As pitiful as Biden’s numbers are, the polls show him beating Trump. I believe the House’s Jan. 6 committee is biased and its evidence presentation ​is slanted. But do Republicans want to spend September and October trying to defend ​former President Trump’s actions — and inaction — on Jan. 6 rather than attacking ​President Biden’s gas prices and record inflation? Do they want to spend their time trying to find discrepancies in ​Trump ​White House aide Cassidy Hutchinson’s testimony rather than ​allow the Biden camp ​to tie itself in knots attempting to redefine the meaning of “recession?”

Whatever its deficiencies, the Jan. 6 committee has shown damning testimony from Trump’s own inner circle. Attorney General Bill Barr,  who forthrightly resisted the zeitgeist and ended the Russia collusion investigation, testified how frequently and unequivocally he told the president that the election was not rigged or stolen; ​Trump’s own daughter Ivanka testified that she believed Barr. White House lawyers Pat Cipollone and Eric Herschmann explained their repeated attempts to disabuse Trump of stolen-election conspiracy theories.

Most damaging, though, was the clear evidence that President Trump did nothing for 187 minutes during the Jan. 6 riot but watch television while making no effort to call off the rioters despite increasingly desperate requests from such staunch conservatives as House Republican Leader Kevin McCarthy (R-Calif.), ​Fox News host Sean Hannity, and two of Trump’s own children, Donald Jr. and Ivanka. Nor did he once make any effort to learn the fate of Vice President Mike Pence, whose life was threatened by the raging mob. Leading conservatives, including Rich Lowry and Andy McCarthy, have found enough of the testimony to be damning, and even former Trump Chief of Staff Mick Mulvaney said he believes Cassidy Hutchinson’s testimony to be truthful.

Republican candidates know that attempting to defend Trump’s indefensible conduct on Jan. 6 will cause them to lose the votes of independents, moderate Democrats and some Republicans. They also know that failure to defend him and endorse his candidacy will incur Trump’s wrath and cost them the votes of his diehard base. This might not matter to candidates in super-red districts but will be critical to Republican candidates in the swing suburban districts that will determine control of the House.


The climate crisis almost destroyed my town — yours could be next

Why the coming Senate vote on same-sex marriage matters

Republican candidates must be able to take advantage of Joe Biden’s weaknesses and then put forth their ideas and policies without the specter of Donald Trump dominating their campaigns. I say this as a Republican who stood with President Trump throughout the shameful Russia hoax, voted for him for reelection, and will always be thankful for what he did not only to show special kindness to my family but to crush MS-13 in my congressional district and defeat the ISIS caliphate overseas. But his entrance into the presidential race between now and November ​would be a gift to House Democrats who are barely clinging to political life.

Mr. Trump, make 2022 a mandate election about Joe Biden’s abysmal failures of leadership, not a reenactment of the 2020 election and its indefensible aftermath.

Peter King was the U.S. representative of New York’s 2nd and 3rd congressional districts for 28 years, including serving as chairman of the House Committee on Homeland Security. Follow him on Twitter @RepPeteKing.