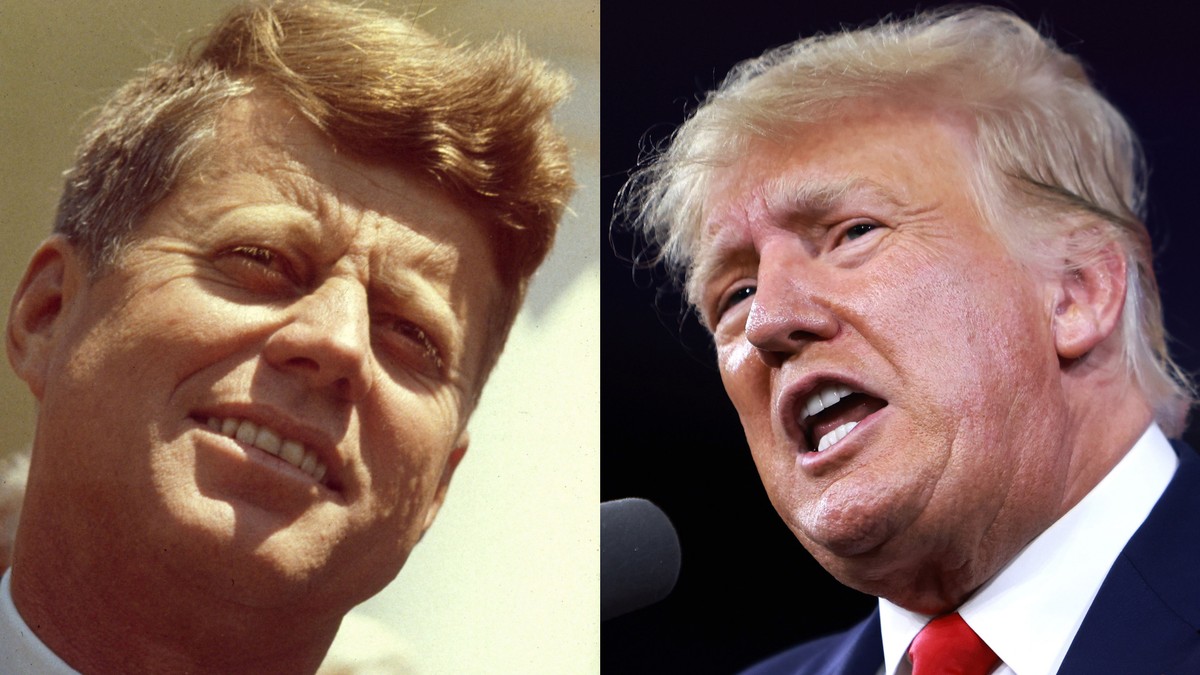 The QAnon cult that gathered in Dallas towards the end of 2021, which, among other things, believes that former president Donald Trump is simply John F. Kennedy in disguise, is finally beginning to fall apart.

Five months ago, hundreds of followers of QAnon figure Michael Protzman traveled from all corners of the country to Dallas, where they were told that John F. Kennedy, along with this wife Jackie and son JFK Jr., would suddenly reappear at Dealey Plaza, the site of JFK’s 1963 assassination.

When that didn’t happen, many returned home, but a core group of believers remained in Dallas still in thrall to Protzman, known online as Negative 48, who continued to predict JFK’s return based on a bastardized version of the Jewish numerology system known as Gematria.

Despite his repeated failed predictions, Protzman’s followers remained loyal and in the following five months donated tens of thousands of dollars to pay for the group’s accommodation, food, and travel.

Protzman’s predictions have torn families apart, leading husbands to divorce wives and children to disown parents. Followers have also been left destitute after donating all their money to the group. Protzman has claimed that a coming “global reset” will wipe out all their debts.

The latest conspiracy the group has clung to is that the Ukraine war is part of a plan to uncover President Joe Biden’s criminality and replace him with JFK, who is very much alive and hiding in plain sight, disguised as former President Donald Trump.

In recent months, the group has traveled to multiple Trump rallies in Arizona, Texas, and South Carolina, and most recently, it joined the trucker convoy circling Washington DC.

But now, cracks are beginning to appear.

The group has dwindled in size from over 100 to just over a few dozen, and in recent weeks the group has split into at least three factions, with each splinter group making wild allegations against the others. Several members of these groups are armed, and some have made threats of violence against members of other groups.

“I think we’re slowly getting to the point where it’s going to end,” Karma, an open-source researcher who has tracked this cult closely since its inception, told VICE News.

As the group unravels, the language and imagery it’s using are also becoming increasingly extreme. On Monday, one of the group’s more prominent members, a rapper known as Pryme Minister, posted images of himself and Protzman making a Nazi salute.

Protzman didn’t respond to questions about the image, but Pryme Minister—whose real name is Randell Moody—told VICE News that it was done for “just some laughs” and to “make fun of you guys who falsely report us as a cult.”

And yet, despite everything that has happened, virtually all members of the factions remain loyal to Protzman, believing that kicking them out of his group was all part of a larger plan.

Moody and most of the core group are currently in Florida, according to Karma, while Protzman is in Georgia with a small number of followers. But the group will be meeting up again this weekend with a larger group of supporters when they attend Trump’s latest rally in Commerce, Georgia on Saturday.

There they will be joined by one of the splinter groups, which is led by a woman called Shelly, who was one of Protzman’s most loyal lieutenants until Protzman suddenly kicked her out earlier this month.

The decision to kick her out of the group came as a huge shock to many, as she was seen as Protzman’s most trusted advisor. While it wasn’t revealed at the time, in a video posted to Telegram weeks later, Protzman claimed he kicked Shelly out because money that had been donated to her Venmo account to cover the group’s expenses was, Protzman claimed,  withdrawn by her husband.

This was revealed in a video posted on Telegram of the pair facing off when they met at Trump’s rally in South Carolina earlier this month.

The video was posted by former Hollywood actor Stephen Tenner, another prominent follower of Protzman, who was also kicked out of the main group last month and subsequently joined Shelly’s breakaway group.

Soon after, Tenner was removed and began attacking the remaining members of his inner circle, Protzman posted photos showing Tenner with his nieces to the Negative 48 channel, along with allegations that Tenner was a pedophile.

Protzman’s group has been dismissed by the wider QAnon community because its predictions have been too wild even for a group that believes a cabal of pedophiles is trafficking children around the world to drink their blood. However, it has attempted to ingratiate itself into the wider MAGA world in recent months.

This has included visits from former Trump advisor Roger Stone and current MAGA Senate candidate in Oklahoma Jackson Laymeyer. It has also been photographed with QAnon royalty and current Arizona congressional candidate Ron Watkins at a Trump rally, and in recent weeks it followed the trucker convoy as it made its way to DC.

The group has also sought to expand its reach by trying to recruit children to the cause. In recent weeks several children as young as 12 have been speaking on Protzman’s Telegram channel, and earlier this month one of them conducted a Gematria class for other children, attempting to indoctrinate other children into the group’s beliefs.

Despite all these efforts, the group is losing followers both in real life and on its Telegram channels. All fundraising efforts have been cut off thanks to the work of researchers and the group’s family members who have alerted platforms like Venmo to what was happening.

“There is a lot going on right now, but shit’s falling apart,” Karma said.