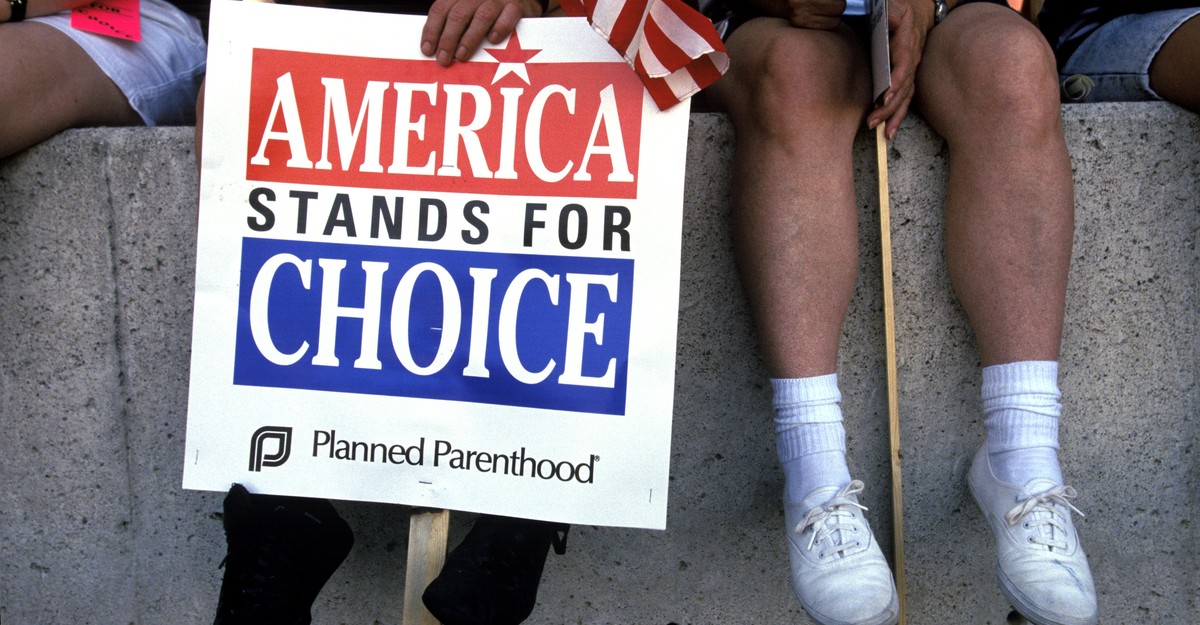 Earlier this summer, when the Supreme Court ended a 50-year federal right to abortion, Democrats had no choice but to place their faith in voters to rebel against the ruling. Until tonight, however, no one could definitively say whether Roe v. Wade outrage would carry over to the polls.

Tonight in Kansas, Americans got their first hint of that response, and it was a resounding victory for abortion rights. Voters there decisively rejected an amendment that would have allowed the state’s Republican-controlled legislature to ban abortion across the state. With more than three-quarters of precincts reporting, the “No” vote was leading by more than 20 points. The surprising result keeps abortion legal in a GOP stronghold, one of the few states in the region where conservative majorities have not already outlawed the procedure.

Politically, the outcome is sure to reverberate across the country and buoy the Democrats’ bid to capitalize on the overturning of Roe in the midterm battle for Congress this fall. It will lift the party’s hopes that anger over the Supreme Court’s decision will matter more than concerns about inflation and President Joe Biden’s leadership, allowing Democrats to maintain their narrow majorities on Capitol Hill. “This victory tonight confirms that abortion is popular in all states, not just on the coasts,” Elise Higgins, a lifelong Kansan who is the director of reproductive rights at the State Innovation Exchange, a progressive advocacy group, told me.

Tonight marked the first time that voters had a chance to weigh in directly on abortion since the Supreme Court scrapped Roe in its decision in Dobbs v. Jackson Women’s Health Organization. Both public and private polls had shown the race to be close, and opponents of the anti-abortion amendment were cautiously optimistic in the closing days that they could pull out an upset victory. None, however, predicted the landslide that occurred.

Read: Abortion is literally on the ballot in Kansas

Republican lawmakers in Kansas had put a constitutional amendment on the ballot long before the Supreme Court ruling, scheduling the vote to coincide a partisan August primary that they hoped would help the anti-abortion cause. For more than a year, it looked like that decision would pay off. But the June 24 decision in the Dobbs case galvanized abortion-rights supporters, who blanketed Kansas’s most populous counties with television ads that targeted not only Democrats but independent and Republican voters as well.

The amendment would have banned taxpayer funding of abortion and effectively invalidated a 2019 ruling by the Kansas Supreme Court that the state’s constitution protected abortion rights. Approval of the ballot measure would have given Kansas’s GOP lawmakers free reign to follow their counterparts in other conservative states, including Missouri, Oklahoma, and Texas, and ban abortion without exceptions. Republicans have a supermajority in the Kansas legislature, meaning they would likely be able to override a veto by the state’s Democratic governor, Laura Kelly.

Drawing on polling data over the past several years, the “Vote No” campaign insisted that despite the state’s Republican leanings, support for abortion rights in Kansas extended nearly as broadly as it does in the nation overall. “The majority of Kansans want abortion to remain safe, legal, and accessible,” Higgins said.

Kansas’s abortion foes didn’t make much effort to dispute that assertion. Rather than campaign outwardly for voters to give them the right to ban abortion, the “Yes” side argued that the ballot initiative—named the “Value Them Both Amendment”—would merely take the decision away from the courts and return it to the public and elected representatives. Canvassers were instructed to make clear to voters that the amendment itself did not outlaw abortion, even though its passage would free the GOP-controlled legislature to do so.

At times, anti-abortion advocates clouded their pitch in the language of their opposition, using words like “choice” and “regulation.” That effort veered into outright misinformation a day before the election, when thousands of voters—including a former Democratic governor of Kansas, Kathleen Sebelius—received a text message warning that women in the state “are losing their choice” on abortion. “Voting YES on the Amendment will give women a choice,” the text said. “Vote YES to protect women’s health.” The sender was unidentified, although the Washington Post reported that the group behind the texts is run by a former arch-conservative Kansas congressman.

Higgins was one of the voters who received the text on Monday. She sent “a strongly-worded reply” to the number, she told me, but got no further response. “I was really furious,” Higgins said. “It was part and parcel of the deceptive tactics that the anti-abortion movement is using in this fight.”

But Higgins also told me she was hopeful, seeing the desperation inherent in the misleading texts as evidence that abortion-rights supporters had already succeeded in overcoming their biggest challenge. They had mobilized voters to turn out in what was expected to be a sleepy summer primary in which many voters would otherwise have had no reason to participate. That initial victory was confirmed the moment the polls began to close tonight, when Kansas’s secretary of state, Scott Schwab, said turnout would likely shatter expectations and rival that of a presidential general election.

The question then became whether a surge in enthusiasm would be enough to carry the abortion-rights side in a state that Donald Trump won by 15 points just two years ago. Within a couple of hours, the answer became clear, and it wasn’t particularly close. Now, Democrats will try to replicate that winning strategy in another long-shot campaign: keeping control of Congress in November.