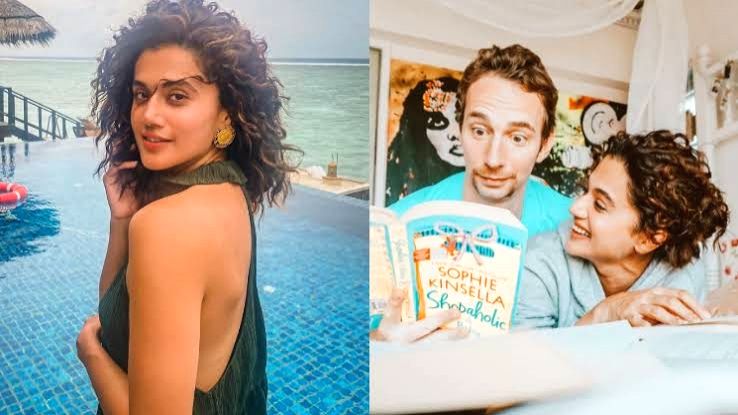 Mumbai, May 14 : India created history by reaching the finals of the Thomas Cup with Indian shuttler HS Prannoy defeating Denmark’s Rasmus Gemke in men’s singles. Taapsee Pannu’s boyfriend, Mathias Boe, who is team India’s badminton coach, took to his social media to share his excitement of the team victory over his home nation of Denmark.

Sharing three pictures on his Instagram, Mathias wrote a long note in the caption as the HS Prannoy crushed Gemke in a thrilling decider set.

He wrote, “Playing team events in an individual sport is always very special, maybe that’s why it is so much fun. Yesterday was a bit extra special for me playing again my former colleagues, friends, coaches and country.”
He further wrote in jest in the caption how his former teammates and coach called him traitor for being in India’s side,
“They chanted Judas after me (laughing emojis), I gave them back by winning the match. I really hope people back home in (India) understand what an achievement this is. (India vs Indonesia) Thomas Cup final tomorrow. One more to go (sic).”
Prannoy defeated Gemke in three sets of 13-21, 21-9, 21-12 as it etched India’s name forever on the pages of history as Thomas Cup and Uber Cup are the tournaments which unofficially certify a country’s credentials as gold-standard.

Kidambi Srikanth and H S Prannoy in singles and, crucially, the country’s best doubles pairing of Satwiksairaj Rankireddy-Chirag Shetty, once again stood up to be counted. All of them have been in the Top 10 and made it to circuit finals.

The final match is set to unfold between India and Indonesia on May 15 at the Impact Arena in Bangkok, Thailand.