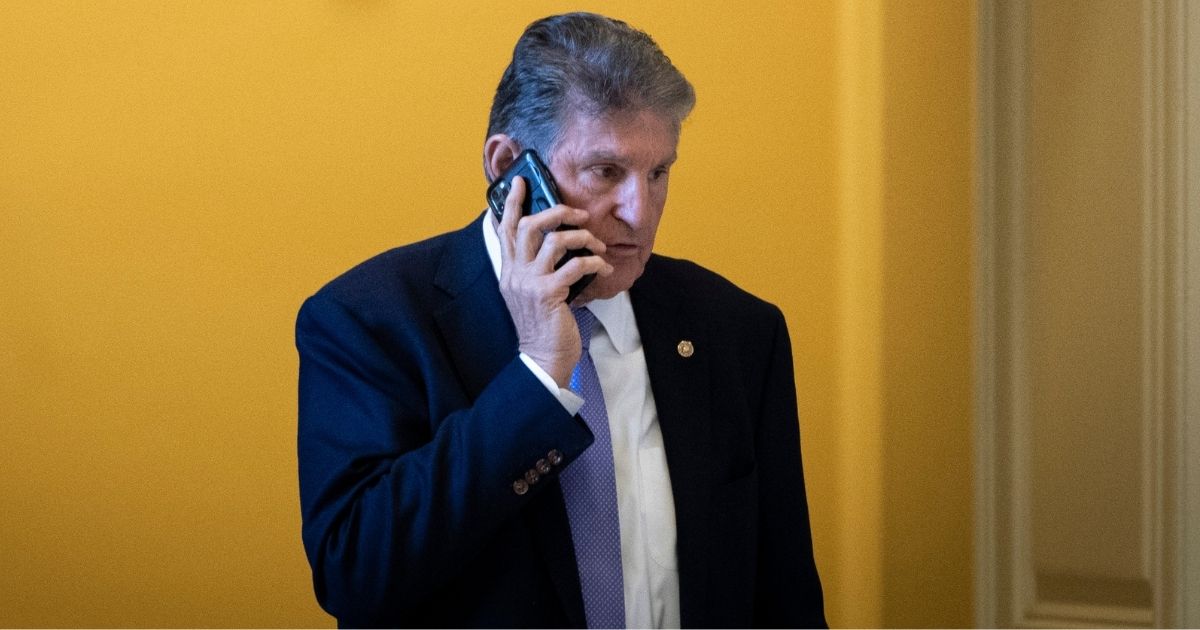 “Manchin has told colleagues that his phone line has been lighting up with prominent names outside the Senate in recent days,” an insider told Politico. “He’s heard from former Presidents Bill Clinton and Barack Obama and talk-show legend Oprah Winfrey.”

Manchin opposes Build Back Better, saying it will cause inflation to soar even higher and increase the national debt by $3 trillion over the next decade.

More important, the senator said, passing the exorbitant legislation is not what his constituents want.

Unlike most Democrats, Manchin is actually doing his job — which is to represent the will of his West Virginia constituents — and not the interests of limousine liberals who live in California or Martha’s Vineyard.

The fact that Democrats have called in the A-list “big dogs” to hound Manchin into submission underscores how desperate they’ve become amid the multiple crises Biden has inflamed with his destructive policies.

To his credit, the centrist lawmaker has remained steadfast in the face of relentless bullying by left-wing mobs, who’ve intimidated him verbally and even physically to pass the Democrats’ cradle-to-grave social welfare legislation.

Manchin also has stated repeatedly that he does not support the Democrats’ unilateral move to end the filibuster in order to federalize elections and to jam through Biden’s pricey Build Back Better bill.

Hopefully, the former West Virginia governor will continue to stick to his principles, for the sake of his constituents as well as for the countless Americans who don’t want the United States to devolve into an authoritarian, socialist cesspool.

‘I’m Not Agreeing to Any of This’: Joe Manchin Warns of the Perils of Radical Filibuster Reform

Regular people can’t call senators on their personal phones to bully them into doing their bidding. However, because of Oprah’s wealth and connections, she has direct access to Manchin.

This is a major reason that so many Americans resent that clueless celebrities try to influence political outcomes while disregarding the tragic impact it has on the public at large.

A glaring example is how the left’s lionization of Black Lives Matter’s “defund the police” frenzy — in the name of “racial equity” — enabled violent crime waves in liberal cities that ultimately hurt black and brown people.

Too young to die: 21 kids killed in NYC street violence so far this year https://t.co/xdptLBtewU pic.twitter.com/Kg2VjavH5m

In a September 2021 Wall Street Journal Op-Ed, Manchin lamented that “some in Congress have a strange belief there is an infinite supply of money to deal with any current or future crisis, and that spending trillions upon trillions will have no negative consequence for the future. I disagree.”

How does that help Americans in Ohio, West Virginia, or Arizona?

The senator continued: “At $28.7 trillion and growing, the nation’s debt has reached record levels. Over the past 18 months, we’ve spent more than $5 trillion responding to the coronavirus pandemic.

“Now Democratic congressional leaders propose to pass the largest single spending bill in history with no regard to rising inflation, crippling debt or the inevitability of future crises. Ignoring the fiscal consequences of our policy choices will create a disastrous future for the next generation of Americans.”

Manchin hasn’t changed his stance since articulating his reasons for opposing Build Back Better months ago.

“Well, guess what? I’m from West Virginia. I’m not from where they’re from, [where] they can just beat the living crap out of people and think they’ll be submissive.” pic.twitter.com/O9Z91mvPjp