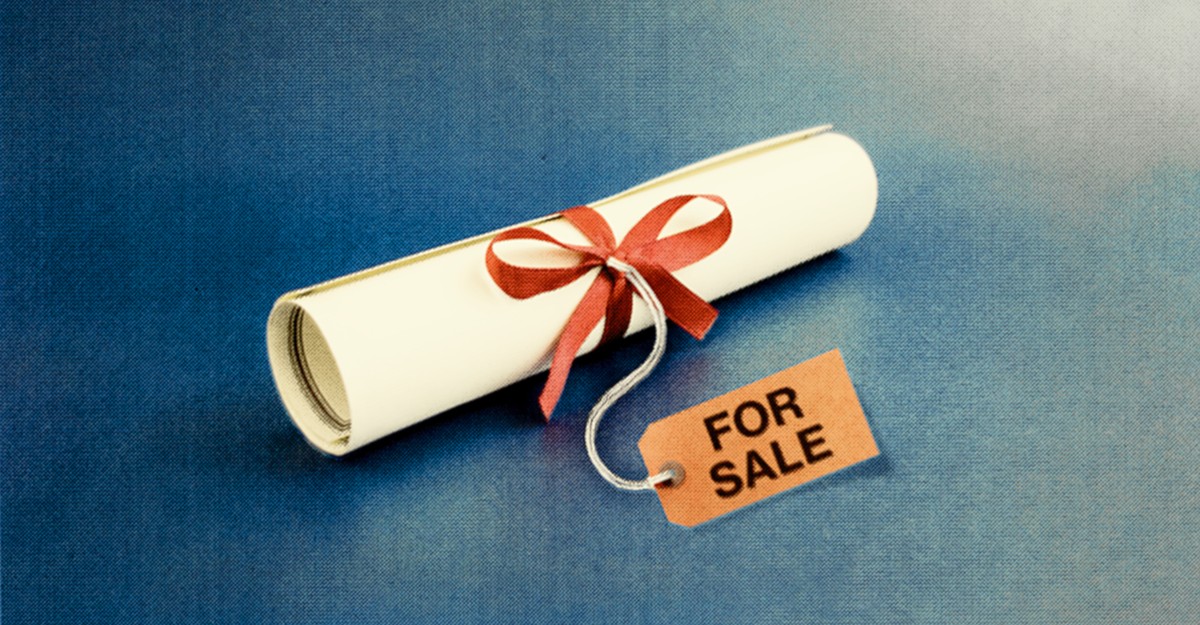 That idea, articulated by Senators Ted Cruz and Marco Rubio, among others, aims to portray the GOP as the party of working Americans and Democrats as the champions of the smug, well-educated elite. But it fundamentally misrepresents who’s attending college now, where they are enrolled, and the reasons so many young people are graduating with unsustainable debt.

Many factors have contributed to the explosion in student debt, but one dynamic is almost always overlooked: the erosion of the commitment to affordable public higher education as an engine for upward mobility that benefits the entire community.

Contrary to the stereotype conjured by critics, the number of debtors from public colleges today (about 22 million) exceeds the number from private and for-profit colleges combined (about 21 million), according to federal data. One reason so many of those students from public schools are in debt is that they have graduated in an era when states have shifted more of the burden for funding higher education from taxpayers to students—precisely as more of those students are minorities reared in families on the short side of the nation’s enormous racial wealth gap.

Biden’s plan, despite its imperfections, recognizes that this massive cost shift is crushing too many young people as they enter adulthood. It is also a belated reaffirmation that society benefits from helping more young people obtain degrees that will allow them to reach the middle class.

Public colleges and universities are the principal arena in which the debt and affordability crisis will be won or lost because—again, contrary to popular perception—the majority of post-secondary students (about four in five) attend public, not private, institutions.

When Baby Boomers were in college, few seemed to question whether society benefited from helping more young people earn their diploma at an affordable price. States provided public colleges enough taxpayer dollars to keep tuition to a minimum. In the 1963–64 academic year, around the time the first Boomers stepped onto campuses, the average annual tuition for four-year public colleges was $243, according to federal statistics. Tuition at those public schools was still only about $500–600 a year by the time most of the last Baby Boomers had started college, in the mid-1970s. (Adjusting for inflation, prices grew at a modest rate while Boomers matriculated, rising only from about $2,100 in constant 2021 dollars when the first ones started to about $2,600 when the last ones did.) The renowned University of California and City University of New York systems didn’t even charge any tuition until the mid-’70s.

Read: What it takes to get into New York City’s best public colleges

Dowell Myers, a demographer at the University of Southern California, told me that the generous mid-century funding for public higher education drew on the legacy of the GI Bill after World War II and the post-Sputnik investments in education and research, each of which had broad political support. “The attitude was, ‘We should invest in young people,’” he said. “It was just an ethic.” Also important, he noted: “The young people they were thinking about were young white kids primarily.”

But for racially diverse Millennials and Generation Z students, the experience has been quite different. By 1999, the year the first Millennials entered campuses, the average annual cost for a four-year public college or university, measured in inflation-adjusted dollars, had doubled since the mid-’70s to more than $5,200. By the time the last Millennials (generally defined as those born between 1981 and 1996) entered college in the 2014 academic year, the cost had soared by another 80 percent to roughly $9,500 a year. So far, the average annual tuition cost has stayed at about that elevated level as the first members of Generation Z (born between 1997 and 2014) have started their studies.

As these numbers show, tuition at four-year public universities increased more than three times as fast while Millennials attended than it did over the span when most Baby Boomers did. The failure of colleges to control their costs better explains part of this disparity. But it’s also a political decision at the state level. “The trend of having students and their families pay more for their college today is absolutely linked to the state disinvestment in higher education,” Michele Siqueiros, president of the California-based Campaign for College Opportunity, told me.

Public colleges and universities relied on tuition and fees for only about one-fifth of their total educational revenue in 1980, the first year for which these figures are available, with state tax dollars providing most of the rest. Today the share funded by tuition has more than doubled, according to analysis by the State Higher Education Executive Officers Association. Even that figure is somewhat misleading, because it includes community colleges, which don’t rely as much on tuition. In four-year public colleges and universities, tuition now provides a 52 percent majority of all educational revenues nationwide. Even with some recent increases in state contributions, 31 states now rely on tuition for a majority of four-year public-college revenues, the executives’ association found.

Even as those costs have increased, Pell Grants, the principal form of federal aid for low-income students, have failed to keep pace. In 2000, Pell Grants covered 99 percent of the average costs of in-state tuition and fees at public colleges, according to research by the College Board. Today, the grants fund only 60 percent of those costs—and only half that much of the total bill when room and board are added on.

This historic shift in funding has occurred as college campuses have grown more racially diverse. As recently as the late 1990s, white kids still constituted 70 percent of all high-school graduates, according to the federal National Center for Education Statistics. But NCES estimates that students of color became a majority of high-school graduates for the first time in the school year that ended this June. Their share of future graduates will rise to nearly three-fifths by the end of this decade, the NCES forecasts. That stream of future high-school grads will further diversify the overall student body in post-secondary institutions—especially in public colleges and universities, where kids of color already constitute a slight majority of those attending, according to figures provided to me by the Georgetown University Center on Education and the Workforce. (Most private-college students, especially on the campuses considered most elite, are still white.)

The inevitable result of less taxpayer help has been more debt for public-school graduates. Even in the ’90s, only about one-third of public-college graduates finished with debt, federal figures show. But today a daunting 55 percent of public-college graduates leave with debt, not much less than the share of students who finish with debt at private schools (somewhere around 60 percent, depending on the data source). What’s more, the average undergraduate debt held by students from public colleges isn’t much less than that held by those who attended private campuses. In effect, as USC’s Myers noted, because states generally are prohibited from borrowing to fund higher education (or anything else) by their constitutions, “they pushed the borrowing onto the individual families.”

This shift has hurt families of all types, but it’s been especially difficult for the growing number of Black and Latino post-secondary students. Those families have far less wealth than white families to draw on to fund college. That increases pressure on kids of color to borrow—and to support other family members after they graduate, reducing their capacity to pay down their debts. To compound the problem, as the Georgetown Center has repeatedly documented, Black and Latino students are heavily tracked into the least selective two- and four-year public colleges, which have the smallest budgets and produce the weakest outcomes, both in terms of graduation rates and future earnings. White kids, the center calculates, still constitute three-fifths of the total student body at the better-funded, more exclusive “flagship” public universities, with Black and Latino students together representing only one-fifth. “The money is going to where the affluent and preponderantly white students are, and the money is not going to where the minority and less advantaged students are, which exacerbates the dropout crisis,” Anthony Carnevale, the center’s director, told me.

The Republican attacks on Biden’s loan-forgiveness plan are aimed at convincing the GOP base of older white voters, especially those without college education, that diverse younger Americans constitute a threat to them. Yet compared with the taxpayer investments in the first decades after World War II (in everything from education to housing to roads) that helped so many of those Baby Boomers live better lives than their parents, Biden’s plan represents only a modest effort. Older generations of college students didn’t have as much debt not because they were more individually virtuous but because they benefited from a collective social investment in their education. Many of those arguing against debt forgiveness, Siqueiros told me, seem to be conveniently forgetting all of the ways the government provided “benefits to Baby Boomers.”

The irony is that it’s in Boomers’ self-interest to reduce the debt burden on younger students. As they age into retirement, Boomers are relying on younger generations to bear the payroll taxes that sustain Social Security and Medicare. I’ve called these two giant cohorts the brown and the gray, and though our politics doesn’t often acknowledge it, there is no financial security for the gray without more economic opportunity for the brown.

Derek Thomson: Why the old elite spends so much time at work

The debt-forgiveness program, which White House officials pointedly insisted to me was a “onetime” deal, is only the first of many steps needed to equip those younger generations to succeed. The college-debt crisis will simply repeat itself if Washington and the states don’t pursue other policies to undo the burden shift toward students—such as the free-community-college program, more generous Pell Grants, and crackdown on predatory for-profit colleges that Biden has proposed.

It’s reasonable to question whether Biden’s debt plan could have been targeted more precisely or tweaked in myriad different ways. But the plan got one very big thing right: All Americans will benefit if our society provides today’s diverse younger generations with anything approaching the investments we made in the Baby Boomers more than half a century ago.