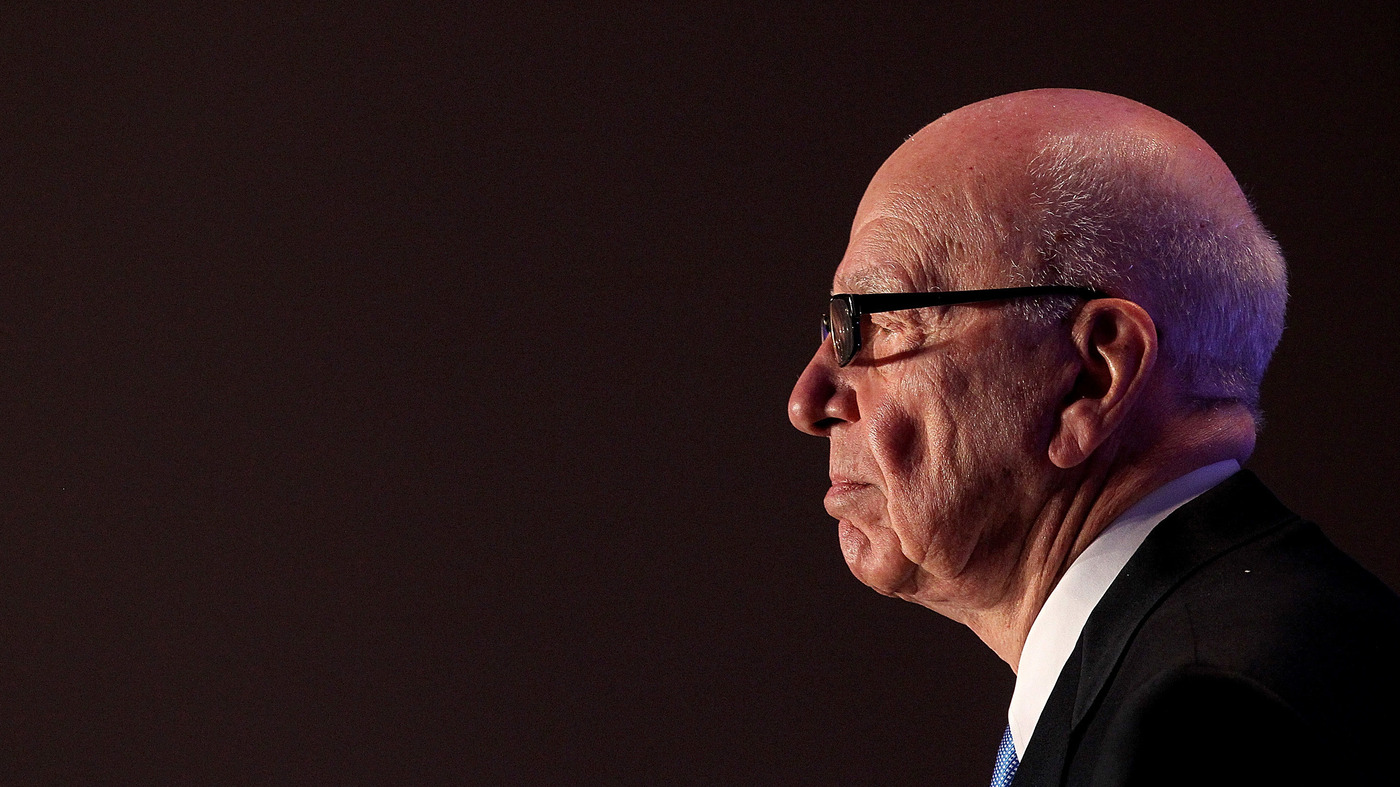 A 91-year-old billionaire sits atop a global media empire, while his adult children vie to control the family company in the next generation.

It sounds like the plot of the HBO series Succession, but New York Times journalist Jim Rutenberg says the real-life drama involving Fox News founder Rupert Murdoch and his children, Lachlan, James, Elisabeth and Prudence, rivals anything a screenwriter could dream up.

“I … have always suspected that the Succession writers have some mole in the family, because it’s just too many things they seem to know,” Rutenberg says. “It’s just got all the drama you want in television, but democracy hinges on its future.”

Rutenberg is a consulting producer on the new CNN documentary series, The Murdochs: Empire of Influence, which is based on a long investigative piece that he wrote with Times reporter Jonathan Mahler in 2019. He says the next few years could help determine the direction of the Fox News empire.

“There’s an interesting thing about the way Rupert set up the company,” Rutenberg says. “It’s a family board with these children. … Rupert cannot be outvoted [but] once Rupert dies, each child has an equal vote … and the company could conceivably be taken in a different direction.”

Rupert named his eldest son, Lachlan, as CEO of the Fox Corp. in 2019. Lachlan is, Rutenberg notes, “actually more conservative than his father.” Meanwhile, James has been “horrified by what he sees as a turn toward Trumpism by Fox News.”

“Fox News is hands down the number one news network in this country, and it got even bigger under Trump,” Rutenberg says. “If Trump gave Rupert anything, it was the lifeblood of his business, which was ratings, which equaled revenue.”

On a moment in 2016 when Rupert, then 86, suffered a serious spinal injury aboard Lachlan’s yacht, and the Murdoch siblings scrambled to establish a line of succession

[Rupert] hasn’t named a successor. The kids are called (now adults, really) and told, “Come to L.A.,” because he’s airlifted to a hospital in L.A. … What’s going on behind-the-scenes here is that not only has Rupert not named a successor, but his two leading candidates at this moment — his son, Lachlan, his eldest, and his son James — are in a really pitched battle to lead the company, and they will lead it in two very different directions. … And there’s also this long history of fighting for this job. In this moment, everything is just in sort of suspended animation while the family sort of sees how they’re going to game this out. …

Rupert Murdoch poses with his sons Lachlan (left) and James (right) in London in 2016.

Rupert Murdoch poses with his sons Lachlan (left) and James (right) in London in 2016.

Now this being Rupert Murdoch, he is a survivor. His own mother lived till over 100 with all of her faculties intact – ultimately, comes through this with aplomb. … He had said he “felt stronger than ever,” but there really was this moment where he could have died and there would have been this fight and we would have, again, lived with the consequences.

The network started out with the tag “Fair and Balanced.” It was very important to Roger Ailes that it established itself as a credible news voice, at least for the part of the country that he believed felt alienated by the rest of the press, but had strong, especially conservative opinion at night. But they threw in the occasional liberal, Alan Colmes was formerly the liberal co-host with Sean Hannity at the start of the network. Ailes, toward the end of his reign — which people may remember ended in a sexual harassment scandal, and then he died a bit later.

When Ailes left … the command and control went away. And Lachlan Murdoch is not a command and control kind of guy. So what’s happened since is that the network is on its own under the leadership of Suzanne Scott. And so far, her leadership seems to be that she’ll allow strong personalities to move as they see fit within her own boundaries — and right now, those boundaries in primetime have been quite far.

I was there working for the paper briefly and was on Page Six and part of the Murdoch era. … Trump would just call and he was constantly feeding out items. And for Murdoch, Trump was content. I don’t think he respected him or didn’t show much respect for him as a businessman. But Trump was content, and I would submit that Trump would not have become the figure he became without The New York Post. Because before Twitter, there was The Post, and The Post was about grabbing attention in the information economy, and it was sensational claims that were going to create big headlines and take over the front page. It had a rat-a-tat-tat flow that obviously Twitter’s way beyond, but it was an early version of that. And so Trump learns through Rupert’s tabloid … how to be a modern media figure.

On Rupert Murdoch not initially supporting Trump’s run for president

Murdoch did not support Trump and was almost distraught about Trump’s rise. … When Trump visits him at his headquarters before he announces to say he’s thinking of running and Rupert is really dismissive and actually, basically … he says something like “prepare to be wrapped up,” which I guess is Aussie for beaten up or knocked around. So he’s warning him it’s not going to be an easy ride, including from Fox. But … he finally has to get behind Trump because he’s always going to get behind the Republican nominee, and Trump really brings him in, and they’re talking all the time and gossiping. And Rupert loves it, because as close as he’s been with previous Republican administrations, he’s never had this kind of access. So Trump really does win him over to his side. And then I think another factor is the reaction, the hard coverage that Trump drew from the rest of the press, I believe, sent Murdoch more so into the Trump fold, because he saw some of that as overblown. [He believed] the press is acting like the resistance, and this is inappropriate.

On Murdoch’s relationship with Trump once he became president

They do really become pretty close. No one’s going to control Trump or dictate what Trump does, and vice versa. Trump is not going to fully be able to tell Fox what to do, but there is this fascinating feedback loop that is allowed to happen. Everyone watched this happen in real time, but Fox News would sort of go in a certain tangent. And if that tangent was really striking a chord with the base, then Trump would repeat it. Sometimes Trump knows in his gut what’s going to work, so sometimes he’d jump right on it and could see the words go from Fox News through to his Twitter feed.

And sometimes Fox would find itself on the wrong side of Trump, so it would have to scramble to stay good with Trump’s base. Voting is one example. Murdoch would not listen to Trump when Trump asked him to rescind some calls on election night showing Joe Biden was going to win. But then Fox really scrambled back to Trump’s camp because its audience is where Trump is, so it becomes this fascinating dance.

I think about the way Tucker Carlson or other hosts at the network handled the alleged and largely nonexistent voting fraud issue after the Election Day of 2020. They were airing a lot of leads and theories and allegations. It just never panned out. … And they were doing so in the name of voter integrity, but nothing erodes voter integrity like telling four million people every night that there’s no integrity in the voting system without having real evidence. So that’s going to have an effect on democracy now.

Amy Salit and Seth Kelley produced and edited the audio of this interview. Bridget Bentz, Molly Seavy-Nesper and Natalie Escobar adapted it for the Web.