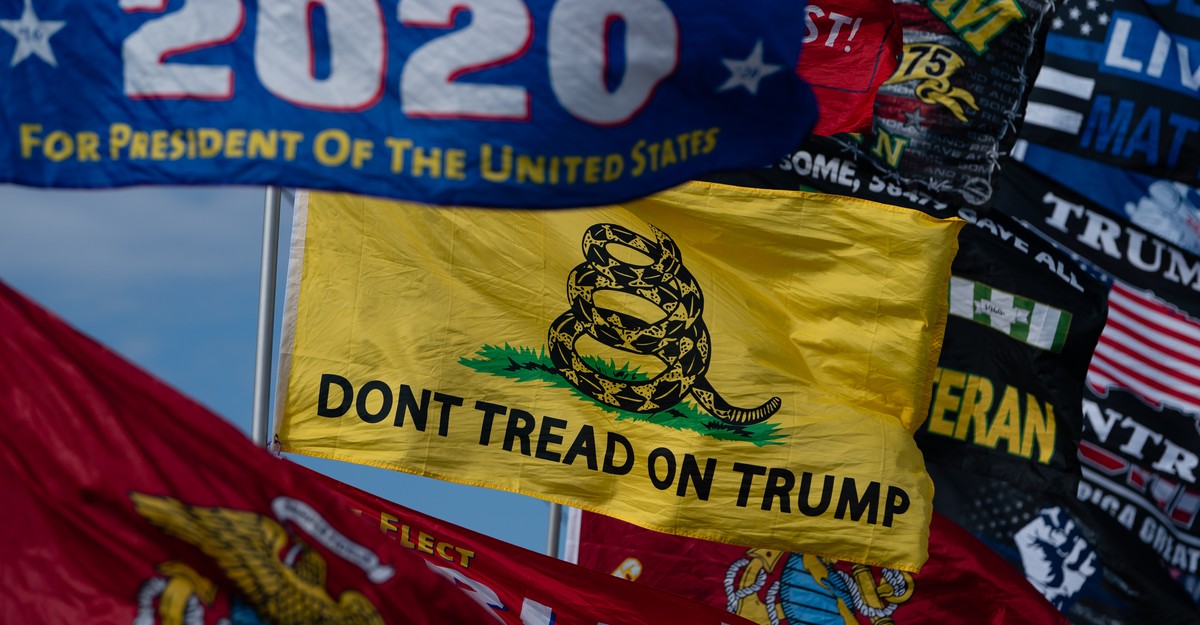 I’ve been thinking about the threats against law enforcement and Trump’s barely veiled warning to Attorney General Merrick Garland about a “country on fire.” We should no longer wonder if we can avert a new era of political violence in the United States. It’s already here.

Civil war is among the many terms we now use too easily. The American Civil War was a bloodbath driven by the inevitable confrontation between the Union and the organized forces of sedition and slavery. But at least the Civil War, as I said Friday on Morning Joe during a panel on political violence in America, was about something. Compared with the bizarre ideas and half-baked wackiness that now infest American political life, the arguments between the North and the South look like a deep treatise on government.

The United States now faces a different kind of violence, from people who believe in nothing—or at least, in nothing real. We do not risk the creation of organized armies and militias in Virginia or Louisiana or Alabama marching on federal institutions. Instead, all of us face random threats and unpredictable dangers from people among us who spend too much time watching television and plunging down internet rabbit holes. These people, acting individually or in small groups, will be led not by rebel generals but by narcissistic wannabe heroes, and they will be egged on by cowards and instigators who will inflame them from the safety of a television or radio studio—or from behind the shield of elected office. Occasionally, they will congeal into a mob, as they did on January 6, 2021.

There is no single principle that unites these Americans in their violence against their fellow citizens. They will tell you that they are for “liberty” and “freedom,” but these are merely code words for personal grudges, racial and class resentments, and a generalized paranoia that dark forces are manipulating their lives. These are not people who are going to take up the flag of a state or of a deeper cause; they have already taken up the flag of a failed president, and their causes are a farrago of conspiracy theories and pulpy science-fiction plots.

What makes this situation worse is that there is no remedy for it. When people are driven by fantasies, by resentment, by an internalized sense of inferiority, there is no redemption in anything. Winning elections, burning effigies, even shooting at other citizens does not soothe their anger but instead deepens the spiritual and moral void that haunts them.

Donald Trump is central to this fraying of public sanity, because he has done one thing for such people that no one else could do: He has made their lives interesting. He has made them feel important. He has taken their itching frustrations about the unfairness of life and created a morality play around them, and cast himself as the central character. Trump, to his supporters, is the avenging angel who is going to lay waste to the “elites,” the smarty-pantses and do-gooders, the godless and the smug, the satisfied and the comfortable.

I spoke with one of the original Never Trumpers over the weekend, a man who has lost friends and family because of his opposition to Trump, and he told me that one of the most unsettling things to him is that these same pro-Trump family and friends now say that they believe that Trump broke the law—but that they don’t care. They see Trump and his crusade—their crusade against evil, the drama that gives their lives meaning—as more important than the law.

I have heard similar sentiments among people I know.

Some of these people are ready to snap and to resort to violence. A Navy veteran in Ohio was killed in a standoff last week after he attacked the Cincinnati FBI office; a man in Pennsylvania was arrested and charged today for threatening to “slaughter” federal agents, whom he called “police state scum.” But that doesn’t stop charlatans and con artists from throwing matches at the fuses every day, because those hucksters, too, have decided that living a normal life and working a straight job is for saps. They will gladly risk the occasional explosion here and there if it means living the good life off of donations and purchases from their marks.

When enough Americans decide that a cult of personality matters more than a commitment to democracy, we risk becoming a lawless autocracy. This is why we must continue to demand that Trump and his enablers face the consequences of their actions: To cave in the face of threats means the end of democracy. And it would not, in any event, mollify those among our fellow citizens who have chosen to discard the Constitution so that they can keep mainlining jolts of drama from morning ’til night.

We are going to be living in this era of political violence for the foreseeable future. All any of us can do is continue, among our friends and family and neighbors, to say and defend what is right in the face of lies and delusions.

Last spring, my boyfriend sublet a spare room in his apartment to an aspiring model. The roommate was young and made us feel old, but he was always game for a bottle of wine in the living room, and he seemed to like us, even though he sometimes suggested that we were boring or not that hot.

One night, he and my boyfriend started bickering about which Lorde album is better, the first one or the second one. This kind of argument can be entertaining if the participants are making funny or interesting points, but they weren’t, and they wouldn’t drop it. The roommate was getting louder and louder; my boyfriend was repeating himself. It was Friday; I was tired. I snapped and said, loudly, “This conversation is dumb, and I don’t want to keep having it.” I knew it was rude, but I thought it was expedient, eldest-sibling rude. So I was sort of shocked when the roommate got up without a word, went into his room, slammed the door, and never spoke to me again.

Read. “August,” a poem by Helen Hunt Jackson, published in The Atlantic in 1876.

(Jackson’s not too thrilled about the titular month. As she puts it: “Poor, middle-aged summer!”)

Watch. If Jordan didn’t persuade you to check out the Lakers documentary on Hulu, try a pick from our list of perfect TV shows for a short attention span instead.

One option: As We See It (Amazon Prime Video), a comedy by the creator of Friday Night Lights and Parenthood about three roommates with autism trying to make sense of adulthood.

I take a lot of static about my, shall we say, kitschy musical taste. But I do have some musical obsessions that I think are worth sharing. One of them is the work of Joe Jackson. So let me recommend that you discover (or rediscover) Jackson’s work from the 1970s and ’80s as he plowed through multiple genres, including new wave and orchestral music. Start with Look Sharp! (1979) and Night and Day (1982). I have a special affection for Body and Soul from 1984, not only for the heartbreaking duet set to a kind of bossa nova on “Happy Ending” but for “The Verdict,” a song inspired by one of my favorite movies. (Paul Newman was robbed for Best Actor. Don’t get me started.) And as a nice addition, Jackson wrote an autobiography, A Cure For Gravity, about his childhood and how he became a musician, which is far better than the usual rock-star stories.