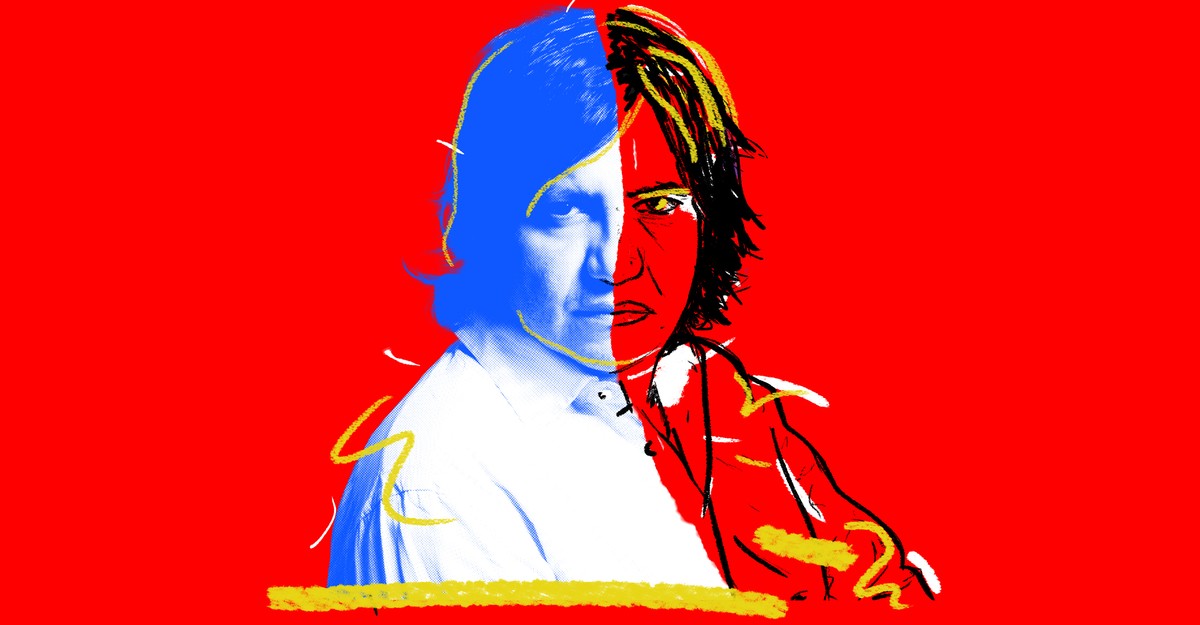 In the Chilean writer Alejandro Zambra’s third novel, Ways of Going Home, he coined the phrase “literatura de los hijos,” or “literature of the children,” which has come to refer to works that address the trauma of growing up during Augusto Pinochet’s dictatorship. In a recent email conversation, Megan McDowell, Zambra’s longtime translator, told me that Ways of Going Home pushed Chilean fiction to interrogate prior generations and disrupt the “silence that reigned in both personal and public spheres in Chile—the silence of complicity, of fear, of hiding.” It also asserted the younger generation’s right to discuss its memories of the dictatorship, confused and partial though they might be.

Zambra began publishing several years after Pinochet’s dictatorship ended in 1990, writing initially about adult men, around his age, who don’t want to grow up. But over time, he would leave the theme of arrested development behind. The arc of his literary career has coincided with tremendous social change, evident in the growing moral certainty of his characters. From 2011 to 2013, Chile saw waves of student protests whose leaders demanded sweeping reforms to the tremendously unequal education system—and the restrictive constitution—Pinochet left behind. During this period, Zambra wrote primarily about the past, wrestling with the dictatorship’s ongoing legacy. The newly translated Chilean Poet, however, is the first novel in which Zambra looks primarily to the future, implicitly asking a new question: How does a society move forward after trauma, or—to put it as Zambra might—how does a country grow up?

Read: How to write poetry about conflict

To tackle that question, Zambra trades the stripped-down interiority of his earlier work for the sturdy infrastructure of a traditional social novel: omniscient narrator, multiple perspectives, big jumps through time. Chilean Poet, which is set in and around Santiago largely in the early 2010s, centers on Pru, a floundering American journalist in her early 30s; a Gen X couple, Carla and Gonzalo; and Carla’s young Millennial son, Vicente, who takes over the story as he grows up, and whose youthful optimism lies at the book’s thematic and moral core. Another main character might be the Chilean poets of Zambra’s title: a diverse group of scrappy writers that Pru profiles for an American magazine, bonded by pride in being Chilean poets. For Zambra, the poets’ sense of artistic solidarity and their willingness to struggle for equal opportunity seem to become a model for Chile’s political future.

Chilean Poet opens in the 1990s, when Gonzalo and Carla are high-school students in love. Inevitably, they break up; surprisingly, they get back together about a decade later. Gonzalo is an aspiring poet, though he is passive, pessimistic, and dismissive of his own ambitions. He quickly grows close to Carla’s young son, Vicente, but is fatalistic about his role in the boy’s life. In Spanish, the word padrastro, or stepfather, is weighed down by a suffix that “forms nouns with pejorative meanings.” Gonzalo obsesses over the label, which reflects his image of himself as a lesser father and a lesser adult.

Gonzalo sees his country the way he sees himself—unserious and stuck in adolescence. For him, the United States represents adulthood: He converts Chilean pesos to U.S. dollars when he wants to speak emphatically about money, and when he decides that he needs to solidify his academic career, he can imagine doing so only by getting a Ph.D. in New York. He seems to have absorbed the U.S.’s assertions of hemispheric hegemony, which American interventionism in Chile made especially manifest.

One of Pru’s main roles in Chilean Poet is to undermine Gonzalo’s perception of the U.S. She is Zambra’s first major American character, and, not coincidentally, one of his most naive. Her cluelessness is initially grating but quickly turns into an asset: Pru arrives in Chile with a dubious assignment from her lit-bro editor; she dodges the clichés of parachute journalism only because she knows how little she knows. After meeting Vicente—now 18 and an aspiring poet, like his stepfather—by chance, she asks him what to write about. He and his sidekick, Pato, suggest Chile’s contemporary poets because, in their eyes, poetry is “the only really good thing in Chile.” Via Pru’s interviews with a slew of real and fictional poets, Zambra examines Chilean identity. Pru talks with one poet who claims “poetry, after the coup, is no longer possible”; then, immediately afterward, she meets another poet so optimistic that he named his son Chile. Nearly all of her interviewees—who love to bicker—have similarly contradictory views, and Zambra gives Pru the good sense never to try to resolve them.

Still, Pru cannot help but see the Chilean poets she meets, as a whole, through the lens of her own disappointment with her writing life—which is to say that she sees how hard they have it. In Chile, as in the U.S., the absence of meaningful state support for the arts often forces poets to vie among themselves for scarce opportunities. But, at her first poet-filled house party in Santiago, Pru thinks, “It seems like a family party, with grandparents, parents, and kids.” Having never encountered such a warm artistic community, Pru is awed, then envious: Before long, she begins to imagine herself joining it as “a Chilean poet who is neither poet nor Chilean.” Zambra portrays the poetry scene, fractured and un-utopian as it is, as a beacon of openness and solidarity—much like the country he hopes Chile will become. If a crowd of largely disenfranchised poets can bolster (and, in some cases, edit and publish) one another, then surely Chileans can fight for one another in the same way.

Zambra uses Pru’s reporting to create a collective portrait of artistic adulthood. But only through Vicente does Chilean Poet become truly communal in its outlook. Vicente has a stronger and more positive Chilean identity than Gonzalo does. He also has a clearer political orientation than almost anyone else in the book. (The exception is the poet, diplomat, and nonfiction writer Armando Uribe, the author of the vital The Black Book of American Intervention in Chile, whom Pru interviews for her story.) In his mid-teens, Vicente joins the student protests, which radicalize him such that, when he finishes high school, he declares that he will not go to college until then-President Michelle Bachelet delivers on her promise of free higher education.

At 18, Vicente knows he wants a better version of a poet’s life than that of the struggling writers Pru meets. But beyond placing his hopes in the student protests, which call for equal education and a broader vision of an egalitarian Chile, he can’t yet imagine his way there. Of course, it is hardly surprising that a book in which a loose crowd of poets represents a paradigm for a national future doesn’t present a settled projection of what that might look like. Chile may have a tradition of poet-diplomats—Uribe, Gabriela Mistral, Pablo Neruda—but poetry is a vehicle for dreams and projections, not public policy.

Chilean Poet came out in Chile in 2020. In December 2021, Gabriel Boric, a leader of the 2011 student protests, won Chile’s presidential election, and in doing so partially answered Zambra’s question of what happens to Chile next. Before the election, Zambra wrote an influential essay, “Experiencia,” arguing that Boric, who is about a decade younger than Zambra, belongs to an age cohort that has “refused to assume [their parents’] traumas.” He is, therefore, prepared to lead Chile into its next stage, which will require the country to openly acknowledge the damage Pinochet inflicted and erase his destructive cultural and economic legacies once and for all.

As president, Boric will shepherd the constitution-writing process in which Vicente places his teenage faith. His education platform, which would delight Vicente, includes student-debt forgiveness and a promise of free, high-quality, and accessible university education to students in every part of Chile. Indeed, it is easy to imagine that if Vicente were real, he would have volunteered with Boric’s campaign. He would have leaped around in the street on election day, or maybe written some poems about how he felt.

It is a testament to Zambra’s skill that I can so readily imagine the continuation of Vicente’s life. It is also a testament to Chilean Poet’s hopefulness, which, while cautious, runs so deep that the book seems almost to have predicted Boric’s victory. Boric campaigned on a progressive vision of Chile’s future, one that would be hospitable to even the most marginalized of the poets Pru interviews. That would make sense, really. As Zambra points out in “Experiencia,” Boric—a man committed to the collective good, and a serious reader of poetry, if nothing else—is a Chilean poet too.