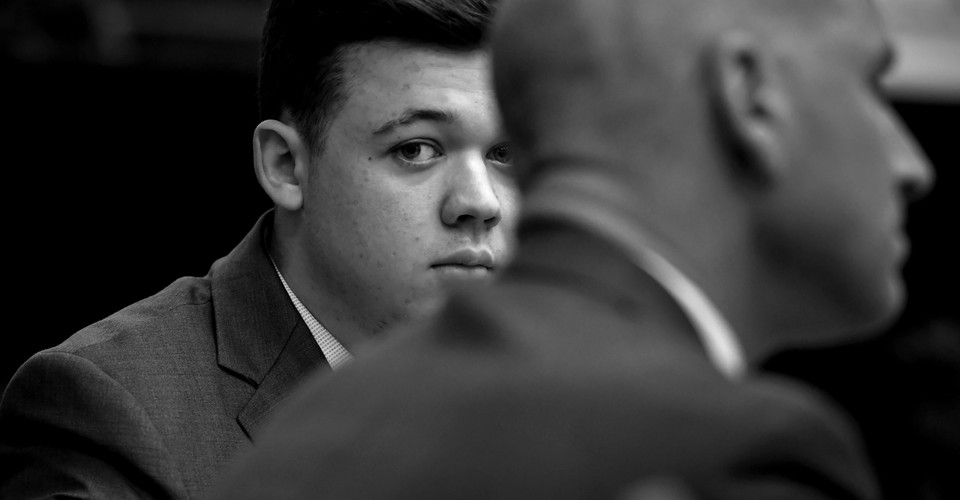 A jury has found Kyle Rittenhouse, the teenager who shot three men during protests in Kenosha, Wisconsin, in the summer of 2020, not guilty of the charges against him. Jurors deliberated for more than three days before delivering the verdict this afternoon, accepting his attorneys’ argument that Rittenhouse was acting in self-defense.

The trial was inevitably a media circus, spurring intense criticism of the judge and prosecutors from commentators across the political spectrum. Much of that attention offered little insight, and sidestepped the point. The predicament of the Rittenhouse trial was that it could never do what many Americans, especially on the left, wanted. It couldn’t produce a plain answer as to whether Rittenhouse was a hero or a villain. It couldn’t say something about the state of race relations in America. The jury could never have rendered a yea-or-nay verdict on the saturation of guns in American society.

These are political matters, not judicial ones. The trial itself turned on narrow and prosaic questions: Beyond a reasonable doubt, did Rittenhouse commit homicide or reckless homicide and recklessly endanger people? During the trial, the judge also dismissed two misdemeanor charges, for breaking curfew and unlawfully possessing a dangerous weapon while younger than 18, citing errors by prosecutors. Ultimately, the not-guilty verdict means simply that Rittenhouse’s self-defense argument was convincing to the jurors.

From the start, the events that led to Rittenhouse fatally shooting Joseph Rosenbaum and Anthony Huber, and injuring Gaige Grosskreutz, are incomprehensible without considering the role of race in how things unfolded. The shootings occurred during protests after a white police officer shot Jacob Blake, a Black man, on August 23, 2020. The United States was already in the midst of huge protests following the May murder of George Floyd by a white Minneapolis police officer. But the case could never serve as a plain assessment of race in America, in part because the three men Rittenhouse shot were all white.

The most striking element of Rittenhouse’s experience, and one of the reasons it became such a focal point for national attention, was the way he was treated by police. Rittenhouse was 17 when he self-deployed to the streets of Kenosha, not far from his home in Illinois, carrying an AR-style rifle. Just a few minutes after he shot the three men, footage showed police greeting Rittenhouse and giving him a bottle of water. (The officers do not seem to have known about the shooting.) He then went home, where his mother persuaded him to turn himself in. At the police station, detectives cut off his interview when he plainly did not understand Miranda rights.

As many commentators have pointed out, a young Black man in the same situation would almost certainly not have been afforded all—or perhaps any—of these indulgences. The Second Amendment may be written in a race-neutral way, but in practice Black Americans do not have the same rights that their white compatriots do. A Black boy might never have had the audacity to go to protests with a rifle on his back. If he had, he almost certainly wouldn’t have been able to waltz past friendly police, turn himself in on his own timeline, and have his rights so carefully protected. But this injustice was outside the scope of the trial. Racially disparate enforcement is a travesty of justice, but undue clemency is not a crime. Neither the police nor our hypothetical Black counterpart were on trial.

Or set aside questions of race. Outside the bounds of a polarized court case, most Americans would likely agree that untrained 17-year-olds armed with high-powered rifles should not be appointing themselves property defenders and stationing themselves on the streets of cities in the midst of tense protests. A group of conservatives, largely of the MAGA variety, have chosen to make Rittenhouse into a hero. That’s disgraceful, and not merely because much of the effort has been shameless profiteering. Rittenhouse’s choices during the summer of 2020 aren’t something that anyone should emulate. Even if you are more sympathetic—if, for example, you found yourself moved by Rittenhouse’s apparent breakdown on the witness stand during his trial—you should object to the commodification of the worst moment in a teenager’s life.

David French: Kyle Rittenhouse’s acquittal does not make him a hero

Besides, no such heroes should be necessary. We already have a force that is granted the right to carry and use firearms in defense of the peace. This is, of course, the police. They are trained, regimented, and in a command structure, and they are all legally adults. (The rub in protests like the ones that swept Kenosha is that by the time they begin, the police have by definition lost legitimacy in the eyes of many of the demonstrators.)

In fact, 17-year-olds shouldn’t even possess rifles. That’s not a normative statement; it’s a description of federal law (albeit with a few exceptions). Rittenhouse initially faced a charge of unlawfully possessing a dangerous weapon, but the judge tossed that charge in an arcane dispute over the length of the gun. The larger and more socially important matter of whether 17-year-olds—or anyone else—should be acting as a vigilante defense force is not strictly a legal question, but a political one. No judge or jury can resolve that.

Once Rittenhouse was out on the streets of Kenosha, carrying his rifle, and got into a confrontation with the men he shot, a legal question did come up: the doctrine of self-defense. As Shaila Dewan of The New York Times wrote in an excellent piece over the weekend, self-defense laws are being stretched to their limits by the number of people carrying guns in the United States today. Going to a protest armed may be a stupid and provocative thing to do, but it is not (necessarily) an illegal one, and the legal parsing of self-defense does not take prior wisdom into account, but begins at the moment of conflict. A reasonable jury might have reached a different conclusion on these charges, but its ambit was always going to be narrow.

The Rittenhouse trial has underscored how exceptional this spring’s trial of Derek Chauvin, in which he was convicted of Floyd’s murder, was. To begin with, the prosecution in Minneapolis was extremely effective, expertly using witnesses and knocking down defense attorneys’ arguments. More often in recent high-profile cases with strong culture-war elements, prosecutors have flailed. From the 2013 George Zimmerman trial to the 2016 charges against militants who occupied a federal facility in Oregon, prosecutors overreached, erred, clashed with judges, and failed to win cases.

Independent experts have identified prosecutorial mistakes in some of these prior cases. In the Rittenhouse case, too, observers from both the left and the right took issue with the prosecution’s decisions. Over time, the repeated failures to convict white defendants erode trust and legitimacy. A functional justice system will produce both convictions and acquittals, but the disproportionate burden borne by Black Americans is a sign that our justice system is not a functional one.

The Chauvin case was also exceptional because it was straightforward. Not only were the facts relatively clear—one reason Chauvin was convicted, while so many other police officers charged in killings have not been—but the symbolism of Floyd’s murder and the stakes of the case were closely matched. In the Rittenhouse trial, by contrast, the expectations and symbolic baggage were wholly out of proportion with the actual issues on trial. The desire for the justice system to sort out messy questions with what can seem like careful objectivity is understandable, especially when our (explicitly) political institutions are struggling so mightily. But no shortcuts are available here. Americans cannot rely on the justice system to do what the political system will not.