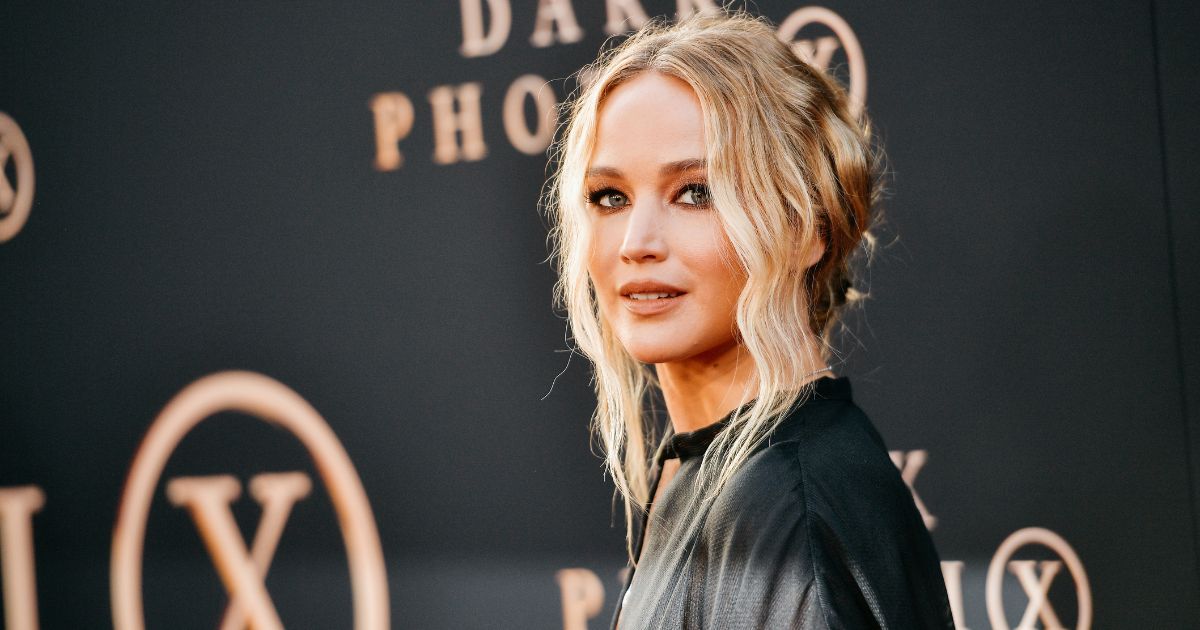 Actress Jennifer Lawrence recently revealed she had considered herself a Republican until she heard a fictional remark from a fictional character on television that made sense to her.

Watching an episode of NBC’s hit sitcom “30 Rock” at the age of 16, actress Tina Fey, who played the role of Liz Lemon on the show, said, “Just because I think gay dudes should be allowed to adopt kids and we should all have hybrid cars doesn’t mean I don’t love America.”

Yes, that single line was all it took for the “Silver Linings Playbook” actress, now 32, to turn her back on her Republican roots.

During an interview published in the October issue of Vogue Magazine, Lawrence, who was raised in a Republican household in Kentucky, explained how that comment had resonated with her. Growing up, to her, Republican had always meant “why should my taxes pay for your haughty lifestyle?”

Now that some perspective has formed, she said, “Nobody likes to see half their paycheck go away, but it made sense to me. Yeah, for the greater good, I guess it makes sense.”

At any rate, the future Oscar-winning actress made the decision to become a Democrat. And she is currently in the process of trying to forgive her family for being Republican.

She continued, “I’ve tried to get over it and I really can’t. I can’t. I’m sorry I’m just unleashing, but I can’t f*** with people who aren’t political anymore. You live in the United States of America. You have to be political. It’s too dire. Politics are killing people.”

Lawrence revealed that the 2016 presidential election had caused division within her family. Although she “had not been entirely in Hillary Clinton’s corner,” she took former President Donald Trump’s victory especially hard.

Do you think Democrats are less tolerant of Republicans than vice versa?

The “Hunger Games” star told Vogue she has “recurring nightmares” about Fox News host Tucker Carlson, an issue she has discussed with her therapist. I disagree with everything MSNBC’s Joy Reid stands for, but I don’t have nightmares about her or any other liberal.

The Supreme Court’s decision to overturn Roe v. Wade came as a blow to Lawrence and has left her “consistently emotional.” Especially because three of the justices who voted for the reversal had been nominated by that “dangerous, dangerous jar of mayonnaise.”

It also brought up sensitive issues with her family. “I don’t want to disparage my family,” Lawrence noted. “But I know that a lot of people are in a similar position with their families. How could you raise a daughter from birth and believe that she doesn’t deserve equality? How?”

Lawrence’s remarks make it difficult to take her seriously. She makes bold statements without backing them up. What laws has Trump broken? He is the most investigated man on the planet, yet so far, he hasn’t been arrested for anything.

Regarding his impeachments, both were politically motivated and neither resulted in his removal from office.

The interview showed just how unhinged and intolerant the left has become. And why is it that every celebrity feels the need to weigh in on politics anyway? We do not care. They would do well to stay in their own lane.

And, yes, the same may be true of conservatives, but not to the same extent. Last month, an NBC News/Generation Lab poll asked college sophomores if they would consider a roommate who supported the opposing candidate in the 2020 presidential election.