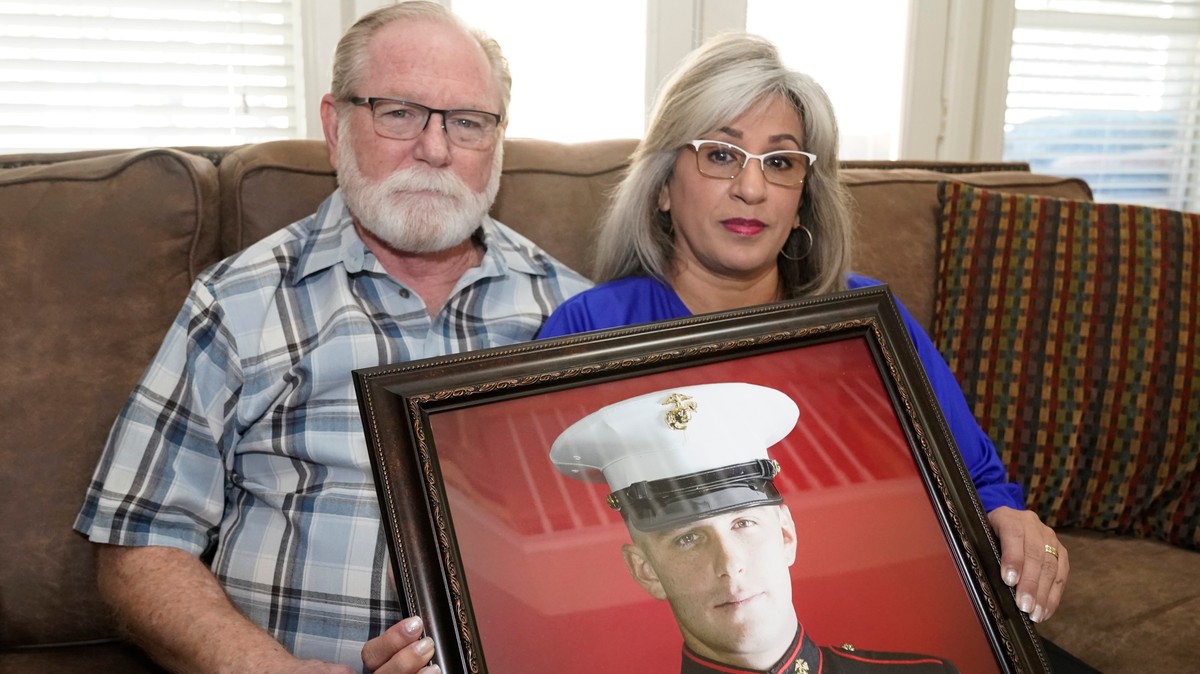 Joey and Paula Reed pose for a photo with a portrait of their son Marine veteran and Russian prisoner Trevor Reed at their home in Fort Worth, Texas, Tuesday, Feb. 15, 2022. Russia is holding Trevor Reed, who was sentenced to nine years on charges he assaulted a police officer. (AP Photo / LM Otero)

The U.S. and Russia just brokered a prisoner swap: a former Marine for a convicted drug trafficker. And they did it during the worst diplomatic tensions since the Cold War and a raging war in Ukraine.

Trevor Reed, a 30-year-old Texas native who was arrested after being accused of assaulting police officers in Moscow nearly three years ago, was released in exchange for ex-Russian pilot Konstantin Yaroshenko, who was serving a 20-year prison sentence in Connecticut for attempting to smuggle cocaine to the U.S. through Liberia in 2010.

“The negotiations that allowed us to bring Trevor home required difficult decisions that I do not take lightly,” Biden said in a White House press release Wednesday, inferring the difficulties of negotiating with President Vladimir Putin’s government.

Reed’s family was very concerned about his health while in a Russian jail, Biden noted in the press release. Earlier this month, Reed ended a hunger strike protesting the conditions of his imprisonment and lack of medical care. His family stated that the former servicemen was suffering from chronic tuberculosis he picked up during his incarceration and wasn’t afforded proper treatment.

In a statement released online, the Reed family thanked the President and the U.S. government for securing the imprisoned American’s release.

“Thank you President Biden (and) so many others inside (and) outside the USG for your help and support,” an account run by the family tweeted. Reed is currently flying back home with State Department officials from an undisclosed location believed to be Turkey, where the swap occurred.

Reed’s freedom comes as diplomacy between Washington and Moscow has deteriorated to the worst levels in decades. The Pentagon is supplying billions of dollars in weapons to Ukraine as it resists a Russian invasion already rife with war crimes allegations and thousands of dead on both sides.

Reed’s imprisonment, however, was always seen as suspicious and politically motivated on the part of Russian authorities. Another former Marine who’s still in Russian prison, Paul Whelan, was accused of working for U.S. intelligence and detained in the months before Reed’s arrest in 2019. Both incidents came on the heels of high-profile arrests of suspected Russian spies operating in the U.S. and were seen as the Kremlin’s payback.

Biden said the work to bring Whelan home wasn’t over, either.

“We won’t stop until Paul Whelan and others join Trevor in the loving arms of family and friends,” the president said.

Although she wasn’t named in the White House press release Wednesday, the State Department said separately that it will continue negotiations to bring home WNBA star Brittney Griner, as well as other imprisoned Americans in Russia. Griner, a seven-time All-Star center for the Phoenix Mercury and a two-time Olympic gold medalist, was arrested just days before Russia invaded Ukraine for allegedly carrying a weed vape in her luggage at a Moscow airport. Her case was similarly seen as a Kremlin ploy in the lead-up to war.

The current prison conditions facing Griner, who is a gay, Black woman, are unknown, although her wife says she’s healthy. Given the Russian government’s past treatment of prisoners as well as its anti-LGBTQ sentiments, concerns have already been raised that she could be facing  harsh conditions. Some of Griner’s advocates are also questioning why Reed and not Griner was traded for a convicted drug trafficker.

“Whelan, Griner, and others (are) very much in our minds today, even as we are so happy for the news about Trevor Reed. And we will continue to work on and attempt to find ways to address other cases as best we can,” said a senior State Department official at a special briefing on the Reed case.

But the same official, who spoke on the condition of anonymity to reporters, said the posture of the Biden administration toward the Kremlin hadn’t changed, especially at a time when Russian troops are being accused of crimes against humanity.

“It represents no change, zero, to our approach to the appalling violence in Ukraine,” the senior official said Wednesday. “Let me just emphasize this again because it’s so important: The discussions with the Russians that led to this exchange were strictly limited to these topics, not a broader diplomatic conversation or even the start of one.”