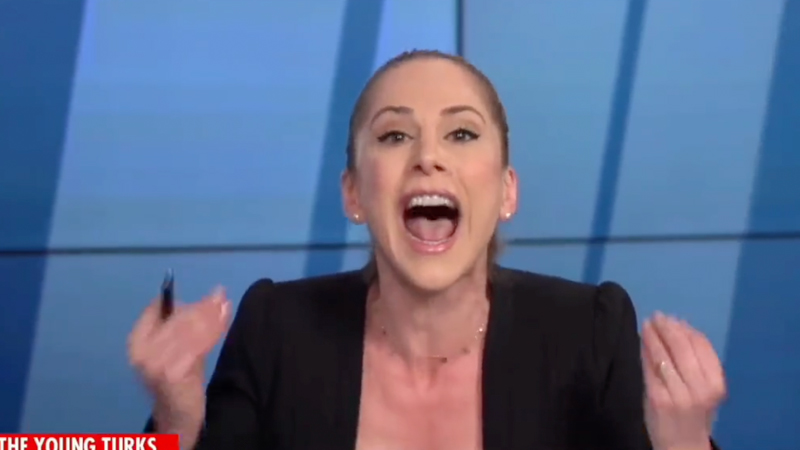 Shrieking about how women will be forced to give birth and how Republicans block bills to help out needy parents, co-host Ana Kasparian railed against Democrats for failing to stop the abortion ruling, coming off sounding more like Alex Jones than a liberal news analyst.

Ana Kasparian had a meltdown over the SCOTUS draft. Incredible. pic.twitter.com/eiscce777z

After a lengthy outburst, co-host Cenk Uygur pointed out, “Isn’t it amazing that not one Democrat has shown 1 percent of the passion Ana has today.”

Uygur was hilariously left to pick up the pieces, saying, “Thank you Ana for communicating this momentous injustice and the rage we’re all feeling today.”

In another clip from Tuesday Kasparian claims to be done with the Democrat party due to their fecklessness.

“If we’re going to wait for our elected lawmakers to protect us from these religious zealots and right-wing authoritarians man we have another thing coming,” she said.

It’s good to see the radical leftists are taking it well. Expect to see even more deranged meltdowns when SCOTUS actually makes the decision public.