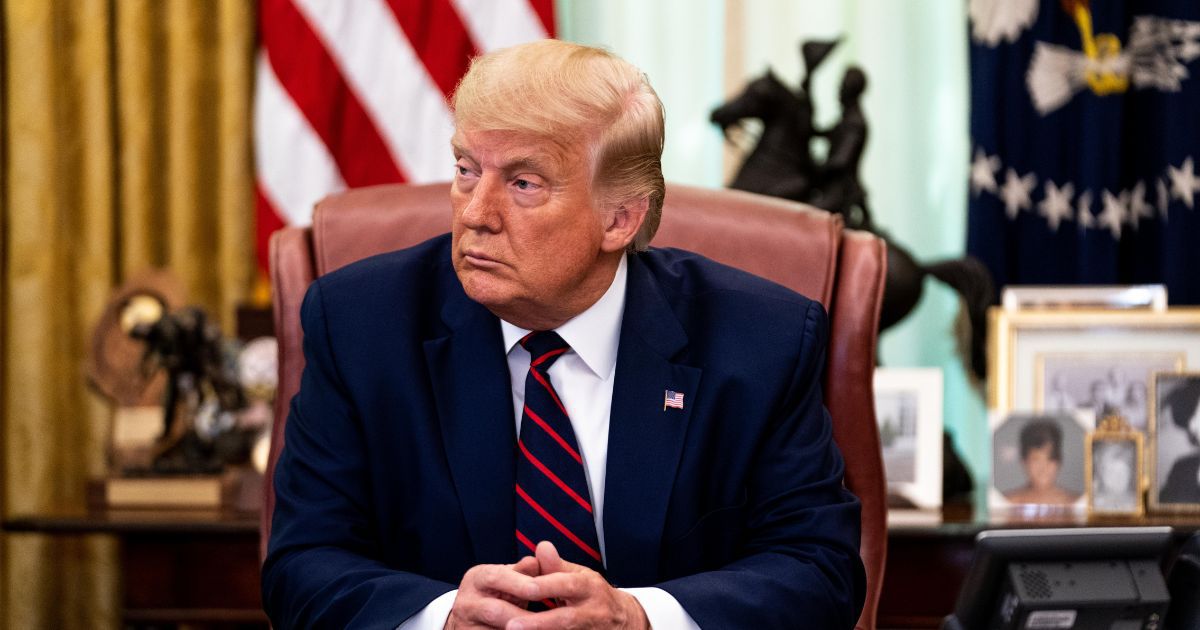 Was there a “standing order” during former President Donald Trump’s administration that made the raid on Mar-a-Lago a groundless overreach by the federal government?

In a statement Friday evening, Trump’s office insisted that all documents taken to the Florida estate were declassified under an order by the then-president, who was the ultimate arbiter of a document’s classification status.

According to the Washington Examiner, the statement was initially read on Fox News by conservative investigative journalist John Solomon.

“As we can all relate to, everyone ends up having to bring home their work from time to time. American presidents are no different,” the statement read. “President Trump, in order to prepare the work the next day, often took documents including classified documents to the residence. He had a standing order that documents removed from the Oval Office and taken to the residence were deemed to be declassified the moment he removed them.

Eric Trump Gives Inside Look at What the FBI Outrageously Did During KGB-Style Raid: It’s Worse Than You Think

“The power to classify and declassify documents rests solely with the president of the United States,” the statement concluded. “The idea that some paper-pushing bureaucrat with classification authority delegated by the president needs to approve the declassification is absurd.”

This jibes with a Friday post on Trump’s Truth Social platform in which the former president said the documents were “all declassified.”

The question for many was whether or not the president can legally implement such a blanket declassification policy.

Liberal lawyer Bradley P. Moss, among others, argued he couldn’t:

“For those in the back who have not been listening, let me say this one last time. Declassification had to be done and completed for each individual document before noon on 1/2/2021,” he tweeted. “No indication Trump made sure that was done for these docs. A verbal statement is not enough.” [We assume he meant “oral,” as any statement is “verbal” by definition. — Ed. note]

For those in the back who have not been listening, let me say this one last time. Declassification had to be done and completed for each individual document before noon on 1/2/2021.

No indication Trump made sure that was done for these docs. A verbal statement is not enough. https://t.co/cDjdLacL0p

The real question, however, may be whether or not President Joe Biden’s administration wants to risk  a jury disagreeing with them.

As the search warrant for Mar-a-Lago revealed, the raid was based on a potential violation of the Espionage Act, along with the possibility of an obstruction of justice complaint.

We Finally Know Something the Unhinged FBI Went Looking for at Mar-a-Lago: Report

After all, no former president has ever been charged with mishandling classified information, and the FBI’s general inclination has been to treat high-profile individuals accused of it with wide latitude. Former first lady Hillary Clinton and the classified emails on her homebrew server continue to provide a helpful example of what the federal bureaucratic state does in cases like this when the alleged perpetrator is One of Them.

In this case, the feds have upped the ante — and sent the left into a frenzy — by suggesting the search was precipitated by documents related to nuclear weapons. As if the former president were shopping them around to the Saudis, say.

Remember that this raid was conducted three days after the warrant was issued over a records complaint that’s not new. If the documents presented a pressing national security issue, one would expect — or at least hope for — more alacrity from the FBI.

Was the FBI’s raid on Mar-a-Lago justified?

This is assuming, of course, that potential mishandling of classified documents is even what Biden’s Department of Justice is after. At National Review, former federal prosecutor Andrew C. McCarthy posited that the raid was in reality about the Capitol incursion on Jan. 6.

“I do not believe the DOJ contemplates prosecuting a former president for mishandling classified information, much less purloining other government records. I especially doubt it when we are talking about a former president who could be the Republican candidate opposing the incumbent Democratic president in the next election,” he wrote.

If that’s the case, then it likely matters not what kind of “standing order” then-President Trump issued. This warrant served its purpose: to dredge up anything that might be used to charge Trump in relation to Jan. 6.

If the intention is to build an unprecedented case against Trump for mishandling classified documents, however, it represents a significant wrinkle, particularly given the politically charged nature of the raid.