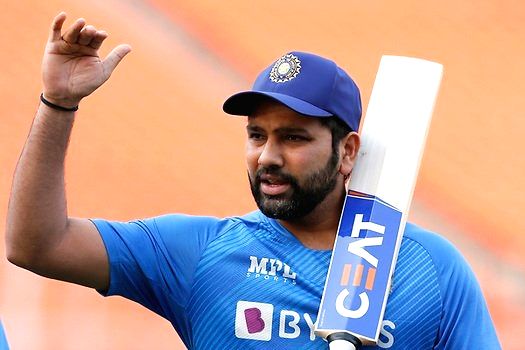 Ahmedabad, Feb 5 : India white-ball skipper Rohit Sharma believes that not much changes are needed in terms of ODI template. He added that giving clarity in roles of individuals in the squad will be decisive in future.

Sharma’s full-time stint as white-ball captain will start from the first ODI against the West Indies at the Narendra Modi Stadium on Sunday.

“There’s not (a) lot we need to change. We just need to adapt to different situations of the game being presented in front of us. We have played good ODI cricket over the course of more than few years actually. Losing just one series doesn’t mean we need to create panic,” said Sharma in the virtual press conference.

“It’s just that certain learning and understanding that we need to take into our game and South Africa series provided great learnings into what we didn’t do collectively as a team. Eventually, it is a team sport and everyone has to come in, perform and then win the game. It cannot happen with one or two guys stepping up,” added Sharma.

He further remarked, “It’s important that everyone comes and plays together in the roles given to them. What is important for us moving forward is the role clarity of certain individual in the squad. If we put that into place and talk to the individual about it, we can get what we want from different individuals in different points of the game.”