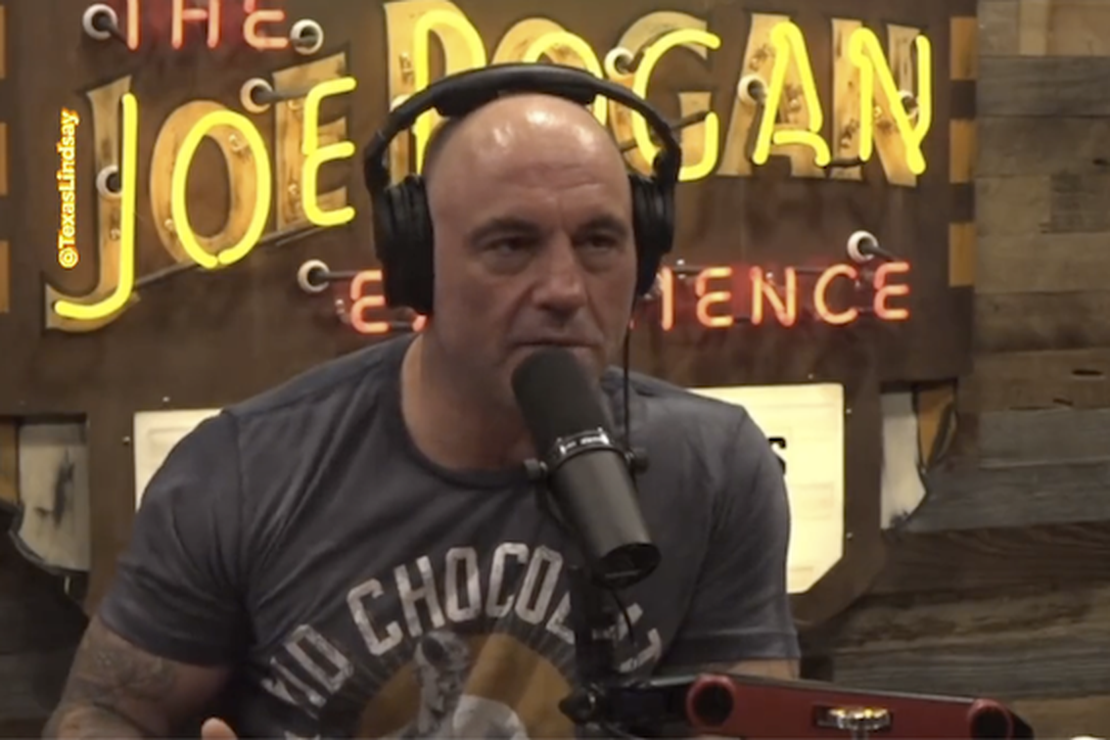 I can’t keep track anymore. Has this guy been red-pilled or not?

I thought he was. But then it seemed he wasn’t.

And now it seems he is.

This is fairly definitive evidence, no?

.@JoeRogan gives the best piece of advice I’ve ever heard:

His point raises a great question about the midterms which tends to go overlooked. To what extent will voters still be motivated by COVID resentments?

It’s not a top-tier issue anymore. Schools and businesses are open. People continue to die but at a casualty rate of 500 per day, which the public deems acceptable, rather than the garish 2,000-3,000 we saw during America’s worst waves. New fronts have opened in America’s political wars — inflation, abortion, Build Back Better. How many ads is either party running that touch on COVID policy?

I understand why Democrats don’t want to revisit the topic. But the GOP’s second-most popular politician, Ron DeSantis, made his bones in Florida by staunchly opposing lockdowns after the initial wave in spring 2020 had passed. Rogan mentioned him in another part of his interview with Aaron Rodgers: “You look at guys like Ron Desantis who kept Florida open and had some pretty reasonable policies about what to do about COVID. He was widely criticized for this. Where he was saying we need to protect our elders, we need to make sure that medical care is available for those people, and everyone else, you should be able to do whatever you want to do, protect your freedom.”

Why aren’t Republicans running on that, at least as a side dish to their main course on inflation? Punish the teachers unions and the governors who prostrated themselves before Randi Weingarten! It wasn’t that long ago that I thought COVID restrictions would be *the* issue that defined the midterms, as national traumas involving unprecedented civic infringements might be expected to weigh a bit on voters when they go into the booth.

“Revenge for lockdowns” seems like a sweet play for the GOP. Especially since it’s not like the party has any real agenda to run on.

WaPo reports today that Kevin McCarthy is finally starting to scrape together a policy agenda for the fall with input from Newt “Contract With America” Gingrich. Until recently McCarthy was content to ride discontent over inflation to a lopsided House victory in November, but the Democratic resurgence in polling appears to have convinced him that that won’t cut it. It’s no longer a “referendum election,” as much as Republicans would prefer that. If it’s now destined to be a “choice election,” the GOP will have to give voters something to choose. Education is part of McCarthy’s program, says WaPo, but none of it has to do specifically with school closures or COVID.

McCarthy has released a “Parents Bill of Rights” that would not make big changes in education but would send some new mandates to school districts, some of which duplicate actions that are already routine or covered by existing rules and laws.

For instance, they would require that districts post curriculum and school budgets, which are typically available through public records requests, as well as lists of books in school libraries, which are less likely to be available. Parents are also to be informed that they have the right to meet with their child’s teacher twice a year, already a common practice.

The document also asserts that parents have a “right to be heard.” School boards almost uniformly allow for public comment, though some have shut meetings down because of disruptions including screaming and threats of violence.

If I were them I’d propose federal legislation to ban future lockdowns at the state level as a deprivation of property without due process in violation of the Fourteenth Amendment. Even if Congress doesn’t have the votes to pass that, it’d be useful to force House Democrats to take a position on the issue. And it would give Republicans an excuse to revisit the subject of lockdowns and closed schools. The GOP will kick themselves this fall if they underperform and it turns out they left useful COVID resentments on the table.

They should probably start worrying about it if they haven’t already:

And in our combined NBC News polls from January, March and May, Republicans were ahead by 6 points among persuadable voters, 39%-33%.

Dobbs was decided on June 24, right around the time the proverbial vibe seems to have shifted. RNC chief Ronna McDaniel, who’s tweeted many times over the past year about a “red wave” inbound, suddenly is no longer comfortable with the term:

Ronna McDaniel this morning: “Of course I’ve been saying forever we don’t like the term ‘Red Wave’” pic.twitter.com/1FkrLDb2Rp

On top of everything else, the party now has to cope with Trump stumbling back into the spotlight via the documents standoff with the feds and sounding like even more of a lunatic than usual in his comments about 2020. A reporter at the Times raises a good point: The narrower McCarthy’s House majority is, the nuttier and more beholden to Trump it’ll be.

Trump’s wishes to nullify the election are also important in the context of House battle. Depending on the size of a potential majority for a potential Speaker Kevin McCarthy, he could be very dependent on Trump to win the gavel. https://t.co/XHzFQTaeDX

A big majority with a healthy cushion of moderates will give McCarthy some leverage to resist the MAGAs. But a 10-seat majority in which the populists can block anything he wants to do means he’ll come under heavier pressure to placate them. If, amidst one of his manic fits about “the steal,” Trump insists that House Republicans bring a bill to the floor purporting to undo the 2020 election, what does McCarthy do? Does he tell Trump to get lost? Does he call a vote on the bill and force his vulnerable members to take a position on it? Can he avoid being deposed as Speaker in either of those scenarios? Imagine making the moral compromises Kevin McCarthy has made only to be rewarded with one of the worst jobs on Earth.

In lieu of an exit question, read this new AP story. Democrats are still vulnerable to a COVID backlash. And they know it.