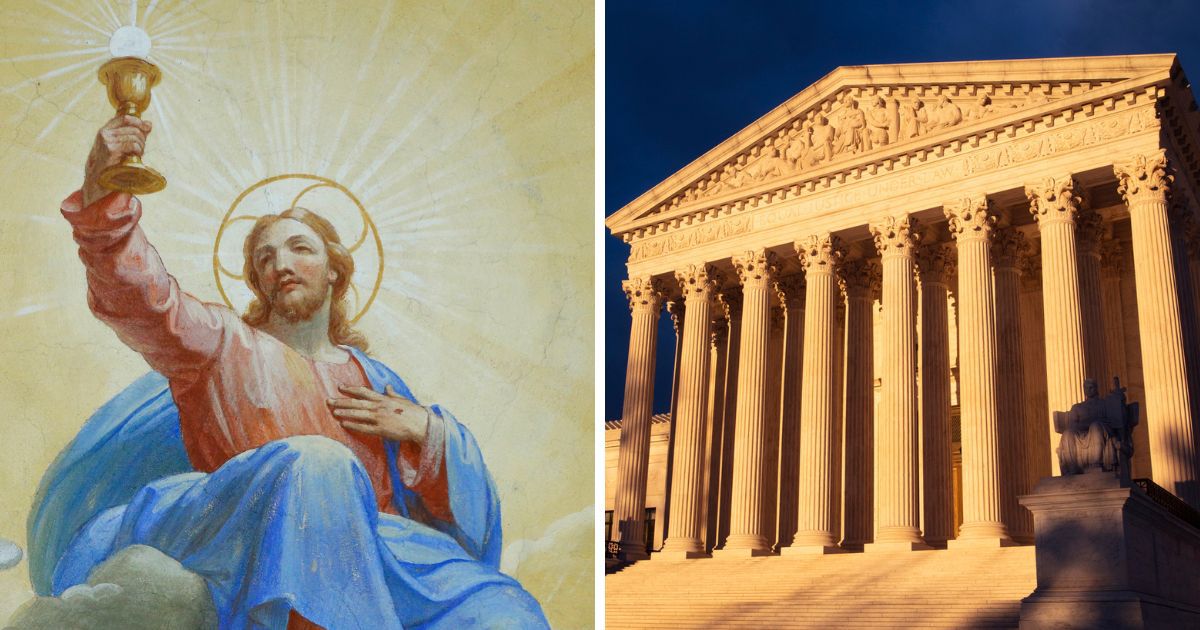 On this very day the Supreme Court overturned Roe v. Wade, making abortion a state matter, not a federal one. But today is also a holy and sacred day for Catholics.

Unbelievers, be they conservative or liberal, may call it coincidence, but many Catholics would tell you something very different.

Today is the solemnity of the Sacred Heart of Jesus. That the overturning of Roe v. Wade fell on this day has clear implications to Catholics; the hand of the Almighty is at work.

The Catholics instituted the feast day after St. Margaret Mary Alacoque, a French nun who lived in the 1600s, reportedly received the following extra-biblical revelation from Jesus Christ: “Behold the Heart which has so loved men that it has spared nothing, even to exhausting and consuming Itself, in order to testify Its love … I promise you that My Heart shall expand Itself to shed in abundance the influence of Its Divine Love upon those who shall thus honor It, and cause it to be honored.”

“Coincidentally,” June 24 is also another holy day for Catholics, the Solemnity of the Nativity of Saint John the Baptist.

Ordinarily, Catholics celebrate the feast day of saints on the day of their deaths. This is because it marks the day they enter into heaven.

But there are two exceptions: the Virgin Mary and John the Baptist. Instead, Catholics celebrate their birthdays, which fits with today’s theme.

The Nativity of John the Baptist always falls on June 24, while the Feast of The Sacred Heart is always held the Friday following the second Sunday after Pentecost. In an uncommon occurrence, these two sacred days fell on the same day this year.

For Catholics, the Heart of Jesus is often portrayed on fire, representing the intensity of His love for all humanity — which of course includes the unborn.

Do you think the timing of this ruling was a coincidence?

Bible-believing Christians the world over, no matter their denomination, believe in the sanctity of life from conception until death. Yet this biblical view is under heinous attack.

Just this morning, after the Supreme Court announced the overturning of Roe v. Wade, police arrived in riot gear outside the Supreme Court. Alexandria Ocasio-Cortez led the charge of protesters as she militantly shouted with a bullhorn for abortion supporters to get “into the streets.”

There was also weeping (and probably gnashing of teeth) this morning as unstable lefties lost their “right” to murder their pre-born children. Evidently they don’t want their babies to have the same rights and life choices that they do.

Their screams and protests and violent writhing are straight out of an exorcism flick. Secularists would call them disturbed or psychologically afflicted. Some would call them demon-possessed.

But it wasn’t all a pit of serpents outside the Supreme Court building this morning. Pro-life demonstrators erupted in jubilation at the enormous decision — a perfectly natural and proper reaction to good news.

Is Pontiff About to Step Down? Pope Issues Unheard-of Orders as Unusual Meetings Erupt in Vatican

Since President Joe Biden has taken office, it seems people have had itchy scalps, they have been scratching their heads so often. But every now and again (and this has nothing at all to do with Biden), something good will happen, something that makes sense.

What is going on in this crazy, upside-down country?