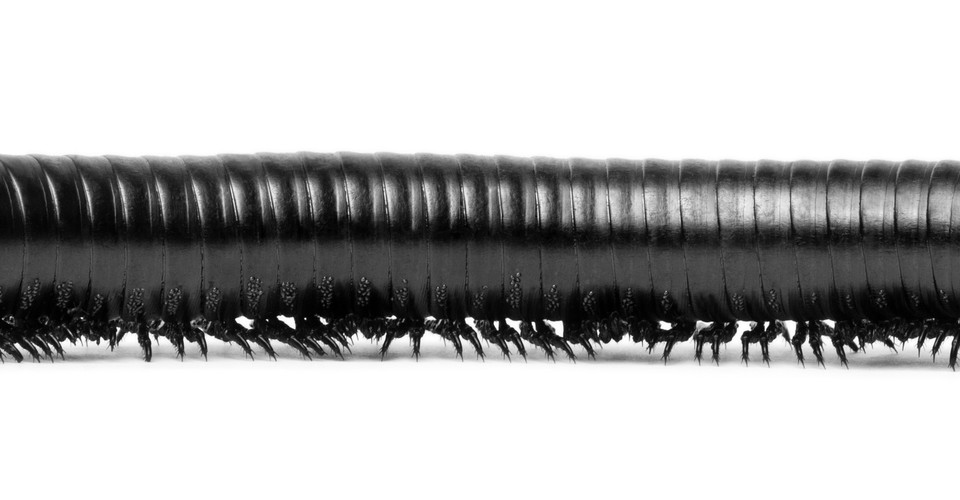 Greek mythology tells us that not long after a young and incautious Persephone was first taken into the underworld by Hades, she made a gaffe of epic proportions by sampling the cuisine. Down in the dirt, she munched on a pomegranate, binding herself eternally to a subterranean life.

In this way, Persephone is basically a millipede. Bear with me. Millipedes’ primary goal in life (other than reproduction) is to crawl through soil and scrounge for food. “They just do one thing, which is tunnel around and eat things,” Gwen Pearson, an entomologist at Purdue University and the keeper of the school’s “bug zoo,” told me. “Millipedes are the original recyclers.” And like the queen of the underworld, millipedes are ancient. Some species even migrate seasonally—just as Persephone emerges from Hades to herald the spring and returns for a winter in the underworld.

It’s only fitting, then, that Persephone’s name would go to a newly discovered species of millipede with an equally epic and weird claim to fame. Eumillipes persephone, discovered deep underground in Australia, is the first millipede ever identified with more than 1,000 legs. The count actually comes to a whopping 1,306, a number that absolutely demolishes the previous record holder (750 legs, you tried!) and wins E. persephone the title of most-legged animal on Earth. All hail.

Given the milli- in the animal’s name, you—like me—might feel duped upon learning that it’s long been a bit of a misnomer. Most millipedes have far fewer than 750 legs, and the leg-count record hasn’t been broken since the 1920s, says Paul Marek, an entomologist at Virginia Tech. But hope is hard to kill. “Diplopodologists—people who studied millipedes—were kind of fantasizing about the true millipede being discovered,” he told me.

Then, in the summer of 2020, Marek’s colleague Bruno Buzatto pulled E. persephone from a drill hole at a mineral-mining site in Western Australia and sent the specimen to Marek. Marek has more than 60 millipede discoveries to his name (including one unofficial campus mascot), so he knows what to expect from the creatures. “You know what normal ones look like, what extreme ones look like,” he said. But when he laid eyes on E. persephone, “it was really a surprise.”

The creature, which looks like a pointy-headed spaghetti noodle wearing full-body cleats, is extraordinarily small—not even four inches—and lives far from most other known millipedes, nearly 200 feet below the surface. That pointed head, Marek explained, is key for navigation at such depths. As they burrow and look for fungal spores to eat, the front of a millipede’s body expands into crevices, stretching in width to “provide an anchor,” Marek says. The back portions then catch up in a sort of Slinky motion, coiling up until the animal decides to move forward once more. Somehow, they don’t get tangled.

The beaklike head is common to many millipede species, but E. persephone’s long and lean body stands out as unique. Marek’s team suspects that it may house an especially long gut, which means more efficient nutrient extraction from the occasional fungal spore. That’s a useful tool when you’re looking for food at a depth where there’s little to be found.

With legs for days, E. persephone can be difficult to observe, Marek said: The creature coils and twists its long body nearly constantly, even after it’s plucked from the dirt. How does one count to 1,306 on a moving target? There’s no scientific standard, it turns out. Marek begins by taking high-resolution images of his millipedes, then he counts the legs manually, over and over, using Adobe Illustrator to mark the segments he’s already accounted for.

Marek’s paper, out today in the journal Scientific Reports, is a reminder of how little we know about our planet. “I thought that there was a 1,000-legged millipede out there, but I thought that that was pretty much the max,” Marek said. Now he wonders whether a millipede with more than 1,306 legs might be found, perhaps even in the same area: If Western Australia were full of millipede-eaters, E. persephone’s spaghetti body (not to be confused with that of the Eastern Noodle millipede) probably wouldn’t have survived. Such a form is evolutionarily viable only if you’re not in mortal danger when your rear end is so far from your head that you can’t keep an eye on it.

Marek is now studying a new millipede, a creature he and a partner have decided to name Oedipus, after a character it’s really unsettling to imagine a bug having anything in common with. But take comfort: There’s no patricide here. The males of this species have a “super bizarre balloonlike structure” made of exoskeleton on some of their legs—“it literally looks like a water balloon inflated on the tips of the legs,” Marek said. “And Oedipus means swollen foot.”

As a family of arthropods, millipedes are surprisingly tricky not to fall in love with. All you have to do is watch them move. Unlike the centipede, which has just one pair of legs per body segment, the millipede has two, packed tightly together in a way that creates a hypnotic, wavelike motion when it moves.

The critters can’t control each leg individually (imagine that traffic jam), but instead use a single nerve cord that travels the length of their body to coordinate the movement. They’re slow and graceful, even at 1,306 legs strong. Some can even use their next-level limb control to jump, though most stick to burrowing and scuttling around in the dirt. Marek has studied millipede locomotion alongside physicists at Virginia Tech, and according to the physicists, the only design that could be more efficient at covering space is a tank tread—a feat that would be, evolutionarily, a sharp left turn for the animal kingdom.

With that many legs, you’re also bound to lose one from time to time. Millipedes hatch with about six or eight legs and grow hundreds more before they reach adulthood, but they can’t regrow lost legs, Marek said. Still, they have “really fascinating wound-healing properties”: Some of the millipedes he’s studied can scab over a lost leg in a matter of minutes.

Now that you, like Hades, have become completely enamored of the fair creature, I have good news: According to Purdue University’s Pearson, a fair number of American millipedes (mainly those that don’t release toxic cyanide) can make great, affectionate pets. “You honestly can just feed them with leftover salad,” she said. Or, you know, pomegranates.