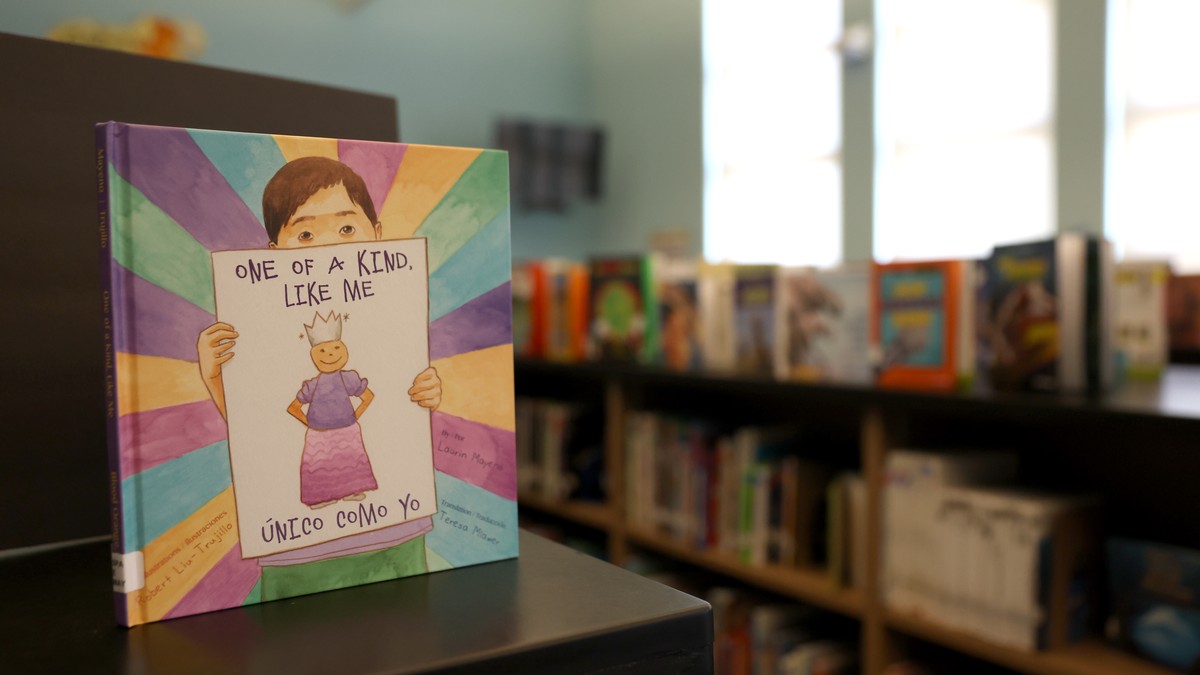 Residents of a small Iowa town who complained about LGBTQ-friendly library workers may have gotten more than they bargained for.

On July 8, the Vinton Public Library was forced to close after every one of its full-time employees quit, following months of outrage over LGBTQ+ books and staff—including complaints of staff members “cross-dressing.” The library remained closed for a full week before reopening at half-capacity, with volunteers taking shifts while administrators scramble to make sure a temporary closure doesn’t become permanent.

The staff exodus and the events leading up to it come at a time of increasing hostility to LGBTQ+ communities, which has seen libraries become a battleground for queer and transgender rights.

The series of events began earlier this year, when Renee Greenlee was hired to run the Vinton Public Library. During her tenure, she received a prestigious “I Love My Librarian” award from the American Library Association (ALA) for her work at her previous institution. But things grew more tense in early spring when residents began criticizing Greenlee’s hiring and support for LGBTQ+ staff members.

In the months that followed, there were a series of library board meetings where residents who spoke during public comment sessions criticized LGBTQ-themed book displays in the children’s section. Jimmy Kelly, chair of the Vinton Public Library Board of Trustees, said residents complained about book displays and demanded they feature more religious books that oppose queer and trans identities.

“Basically these people said ‘Hey, these materials on display… we want either to be notified of what books are going to be read during the storytime or, you know, show balance in book selection,” Kelly told Motherboard. “[Residents said] if the library has a book talking about the variety of different genders, the library should also have a book talking about how God created men and women from the start.’”

An excerpt from a letter written by a resident criticizing the Vinton Public Library for its “display of the LGBTQ agenda” and “the cross dressing of employees.”

The complaints were not just about books, however. During public comment, Kelly says that residents also complained about having to see employees “dressing outside their identifiable gender.” In one letter obtained by Motherboard, a resident accuses the library of a “subtle, but noticeable display of the LGBTQ agenda” in its book selection, and describes trans and gender non-conforming employees as “cross-dressing” while on the clock.

The resident goes on to state that while they are not asking for books to be banned or employees to be fired, they believe the library is pushing a “liberal agenda” by hiring staff “who are openly part of the LGBTQ community.”

According to library board meeting minutes obtained by Motherboard, Greenlee recommended the library adopt a statement of ethics for library trustees policy and an amendment to the bylaws that would prohibit discriminating and harassing comments from public speakers.

“Our inability to come to an agreement upon and sign fully that statement of ethics was something that made [Greenlee] really frustrated,” Kelly said. “We weren’t sending the right message to her that we were going to be supportive of the things that we needed to be as a board.”

The measure passed, but not before Greenlee had already resigned.

With a population of just under 5,000, the town of Vinton, Iowa would normally operate its only library with two full-time and two part-time employees. But the library has had trouble retaining people after residents have become increasingly irate over perceived biases against white evangelists and conservative politicians. Former library director Janette McMahon told NPR last week that rather than following official book review procedures, angry residents began effectively stealing library books they objected to by checking them out and not returning them.

Vinton is not an outlier for this kind of outrage. In recent months, libraries have been a frequent target of conservatives and far-right extremists opposed to the inclusion of LGBTQ+ authors, staff, and events. In states across the US, right-wing groups like the Proud Boys have disrupted drag events and Pride-themed story hours hosted at local libraries, while librarians themselves have faced online harassment and been smeared as “groomers”—a catch-all phrase intended to falsely associate LGBTQ+ people and their allies with pedophilia.

Emily Drabinski, the interim chief librarian at the Mina Rees Library at the CUNY Graduate Center and president-elect of the ALA, says it’s widely known that libraries are a point of attack for far-right extremist groups, and that institutional leaders need to understand the culture war that’s now playing out.

“It’s one front in a multi-pronged war on anyone who isn’t white and Christian in this country. It’s a proxy war,” Drabinski told Motherboard. “We need to be making the link between that fight for that book to stay on the shelf and the broader public fights over public institutions period. So it’s not like they don’t want the gay book on the library shelf; they just don’t want the library at all. They don’t want the state to fund anything that’s collectively valuable.”

Vinton Public Library is just one of thousands of small-town libraries struggling to retain workers. Kelly hopes that by sharing candidly how the board failed to protect its workers from discrimination and harassment, other libraries dealing with book challenges and workers’ rights can change course before it’s too late.

“We weren’t able to respond in an appropriate way, we weren’t able to educate the community about what to expect from the library or engage in a dialogue when they saw things outside of what they perceived,” said Kelly. “I think not educating people enough or informing people enough throughout the course of what was happening and even before about what to expect about the library is something that could be correctable. It takes effort, but it’s also something that could create the best effort moving forward down the road.”

Jonathan Lovitz, a public policy advisor for the National Gay & Lesbian Chamber of Commerce, is concerned about the message the library’s closure sends to residents not embroiled in the controversy. He recommends that Vinton and other towns hire employees with experience at the intersection of education and inclusion.

“You don’t learn to hate and fear other people when you’re an adult; that’s instilled in you as a child,” Lovitz told Motherboard. “So these people from diverse backgrounds could make for some of the best librarians, board members and educators for these institutions because this is what they do. They are specialists in this work of helping people understand the value of belonging.”