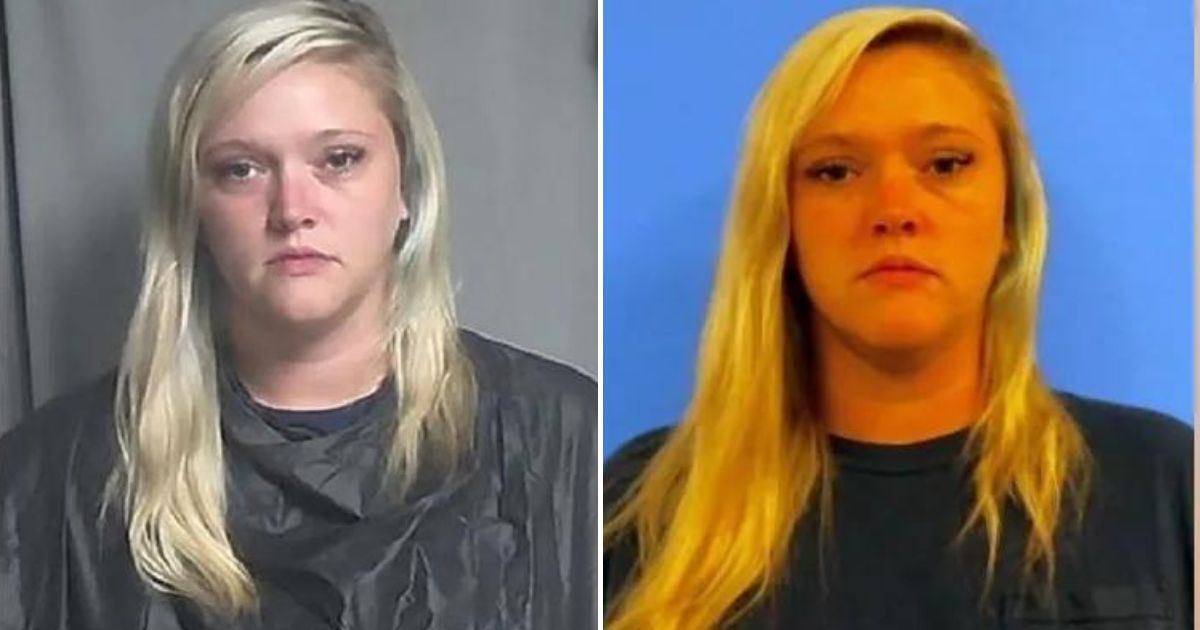 Two underage boys are being blamed for their own trauma by the same social media star that allegedly exposed her private parts to the pair of minors, but one big mistake might have already sealed her fate.

A Georgia sheriff’s department announced the arrest of online influencer Kylie Strickland, 30, on June 30 after an investigation into a livestream where the woman seemingly flashed two young boys at a pool.

The graphic video, which has been saved and shared across TikTok, Twitter and other platforms, would appear to provide evidence for a case against Strickland.

In the clip below, Strickland entertains an inappropriate conversation with the boys before asking if they want to see her breasts. The woman then backs up and exposes herself to the two minors.

WARNING: Though the images are censored in the following video, it still contains graphic language that some viewers will find offensive.

In an unthinkable twist, Strickland seemed to blamed the children for their own trauma while filming a live follow-up video.

“Those little boys have seen more [breasts] than I’ve probably seen in my entire life,” Strickland claimed, adding “they were also taking shots of tequila before I even got to the pool that night.”

The children were apparently taking shots of tequila. pic.twitter.com/cbvnugnl1Y

The Pike County Sheriff’s Office doesn’t appear to agree with Strickland’s assessment of the situation, instead announcing serious charges of child exploitation and electronic pornography. Recording and livestreaming the alleged crime will likely make for a strong piece of evidence for the prosecution.

“Strickland was reported to have been at a residence in Pike County when she purposefully exposed her breasts in a provocative manner to two minor children while streaming live on social media,” the sheriff’s office wrote in a public post that appears since to have been deleted.

“Strickland was arrested on a warrant obtained by Pike County investigators for computer or electronic pornography and child exploitation, which is a felony in Georgia,” the department continued.

“After conferring with the district attorney’s office this was determined to be the appropriate criminal charge for prosecution against Strickland.”

Perhaps now the full gravity of the situation is sinking in for Strickland.

The arrest underscores an unsettling reality in modern America, where the sexualization of children can be seen across society.

The recasting of American youth as mature and progressive people ready to face the challenges and traps of adulthood has done nothing but throw our most vulnerable to the wolves.

Do you think Strickland should serve jail time for this?

In schools, abnormal sexuality is taught and celebrated as a proud and true part of identity. Instead of having their potential fostered, American children are instead being rapidly acclimated to being mere sexual objects. Some teachers and even some parents go happily along with the apparent grooming, though others are fighting back tooth and nail.

Elsewhere, children are placed in front of adult entertainers.

Despite the best efforts of those who would see kids exposed to sexuality, the attempted cultural shift is being checked by a resurgent and disgusted conservative movement.