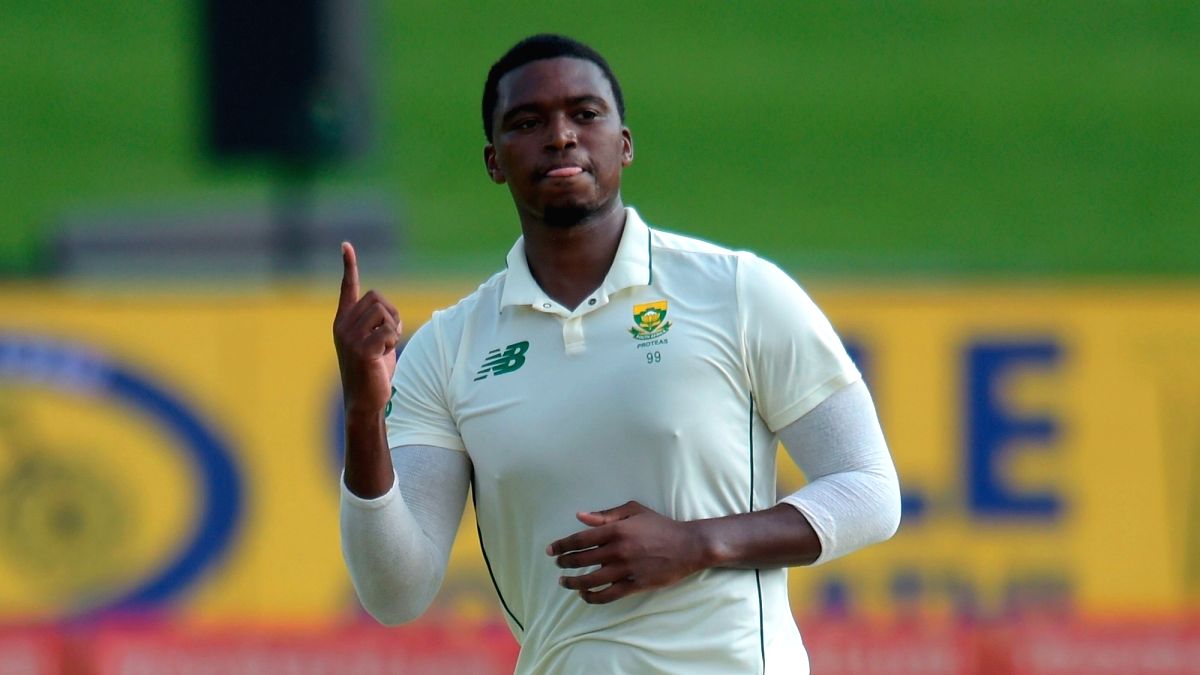 Johannesburg, Jan 5 : South Africa pacer Lungi Ngidi said his team’s plan for day three of the second Test against India at the Wanderers will be to keep bowling with consistent line and length.

South Africa, after taking a 27-run lead, took out openers KL Rahul and Mayank Agarwal but were unable to separate Cheteshwar Pujara and Ajinkya Rahane on day two.

“It’s about the patience game. To keep it consistent, that’s the plan today. Try to make the batters play as much as possible and keep it simple, that’s my job,” said Ngidi in a chat with the broadcasters before day three began.

Stressing upon the importance of consistent line and length, Ngidi pointed out the mistake done by his team on Tuesday.

“We ended up bowling full yesterday, so we need to be patient and be consistent with our line and length. That’ll build pressure (on Indian batters).”
The 25-year-old Ngidi, who had 0/26 in the first innings, signed off by saying that day three will be a game of patience with consistency in bowling plans.

“I was a bit unlucky yesterday, didn’t get enough overs to bowl. But it’s really simple to bowl on this wicket, you just need to stick to the line outside off and bring the slips into play. It’s about the patience game.”