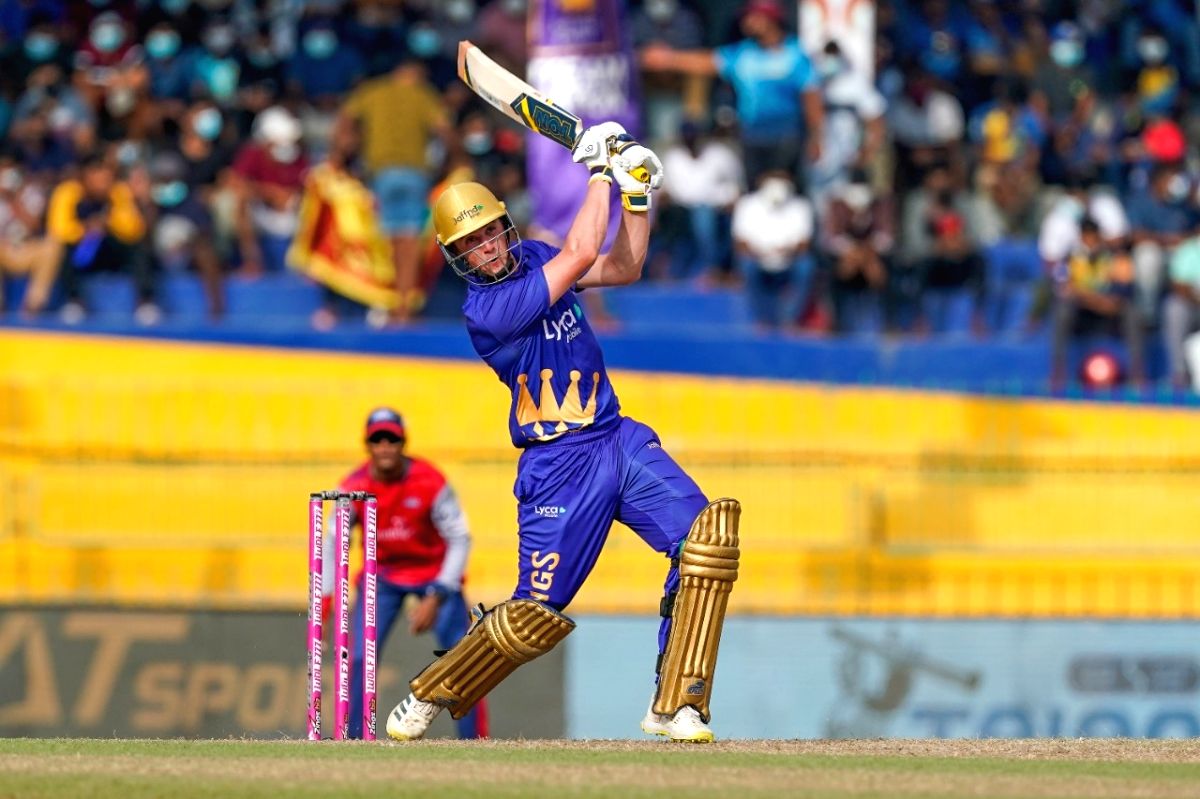 Colombo, Dec 16 : The Jaffna Kings continued to dominate the Lanka Premier League as they defeated Colombo Stars by 102 runs on Thursday.

The Stars couldn’t find the required momentum during their chase as they kept losing wickets at regular intervals. Maheesh Theekshana set the tone for the Kings by dismissing Captain Angelo Mathews for 10 runs from 8 balls in the third over.

Tom Banton was the only highlight in Colombo Stars’ batting card with an innings of 30 runs from 33 balls. Jayden Seales and Vijayakanth Viyaskanth were the pick of the bowlers for the Jaffna Kings with figures of 4/13 and 3/32 respectively.

Earlier, Jaffna Kings posted a huge total of 193/5 in their 20 overs. Opening batters Tom Kohler-Cadmore and Upul Tharanga set the platform with a brilliant partnership of 110 runs in 11.4 overs. Kohler-Cadmore smashed 92 runs from 55 balls, laced with 5 fours and 8 sixes, while Upul Tharanga played an innings of 37 runs from 33 balls. He struck 4 boundaries during his innings.

Naveen-ul-Haq pulled things back for the Colombo Stars by picking up the wickets of Captain Thisara Perera and Shoaib Malik in quick succession, however, Wanindu Hasaranga played a quick-fire innings of 19 off 7 balls in the latter part of Jaffna Kings’ innings and helped his team record a high total.