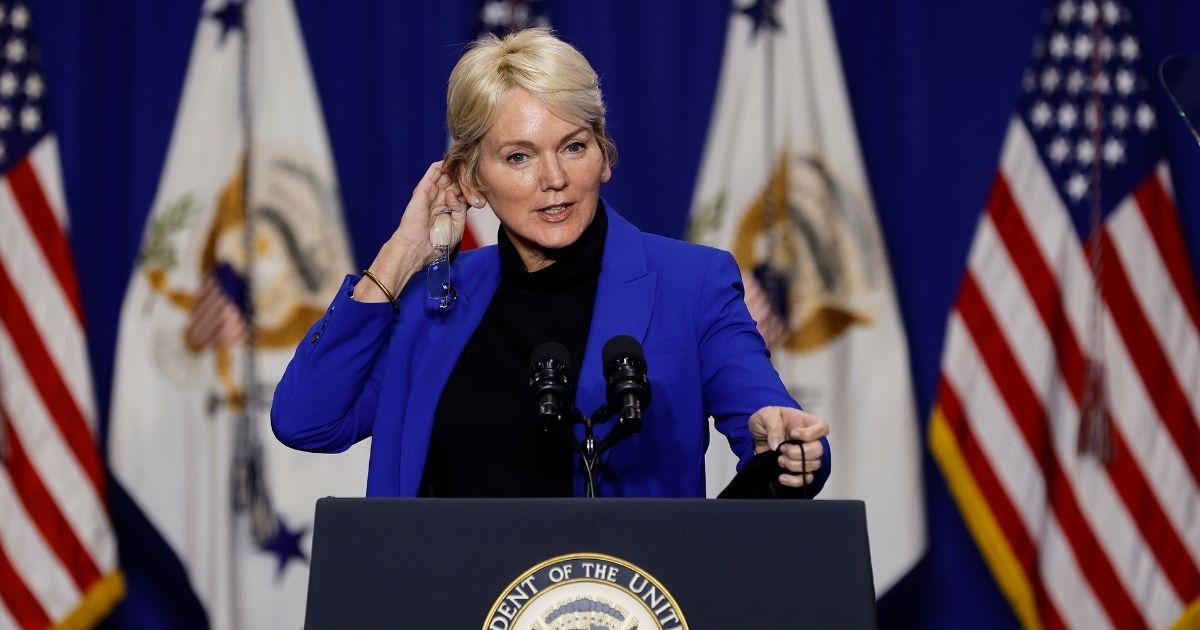 When Joe Biden was running for president, he promised Americans a transparent administration in the White House. Energy Secretary Jennifer Granholm seems to be one of many who haven’t gotten the message.

According to a Friday report from Business Insider, Granholm was the latest of many politicians who were found to have violated the STOCK Act, a law that stipulates federal officials, lawmakers, their staff and close relatives must report stock and commodity trades within a certain period.

Granholm is far from the only one involved here. At last count, 54 members of Congress were found to be in violation of the act, according to Business Insider’s reporting. (Despite this, House Speaker Nancy Pelosi is openly resisting any change to laws regarding how members of Congress may invest. We’ve been holding her feet to the fire on this here at The Western Journal — and you can help us keep the establishment honest by subscribing.)

Between April and October of last year, Granholm sold $240,000 in stock — but only reported the sales to the Office of Government Ethics on Dec. 15 and 16.

The deadline for reporting trades under the STOCK Act is 30 days after an individual is notified or 45 days after the transaction is made.

The energy secretary’s investments involved numerous companies with fingers in the pandemic pie, as well.

In her disclosure forms with the Office of Government Ethics, Granholm said she hadn’t been notified of the trades more than 30 days before, according to Business Insider. However, all of trades occurred over 45 days prior to her disclosure forms — in some cases, months prior.

And yet, despite Biden’s promise to be “transparent” on the campaign trail, the Energy Department wasn’t particularly forthcoming when it came to explaining why Granholm had missed the deadline.

I mean, except they weren’t, but sure.

Troiano was willing to admit to a bit more noncompliance in an email to CNBC, however.

“This was an inadvertent clerical oversight on reporting stock sales that ethics officials previously determined did not pose a conflict in her role as Energy Secretary and the Secretary paid the late filing fee,” Troiano said.

Troiano went on to add that, having paid the “late filing fee,” the ethics office then found Granholm’s trades were in compliance with the law, which is something a bit different.

As for the late filing fee Granholm paid, that also raises one of the key problems of the STOCK Act — first-time violators are subject to a $200 penalty, which is laughable when you consider this was noncompliance in reporting nearly a quarter-million dollars in trades.

Do you think the Biden administration is corrupt?

Former Obama-era Office of Government Ethics Director Walter Shaub, who has been particularly critical of STOCK Act violators and their enablers, said ignorance of the law doesn’t function as an excuse.

“She’s saying that she only just learned of the transactions … so it’s possible the ethics officials took that statement at face value,” he told Business Insider. “Why didn’t she know about the transactions at the time?”

This isn’t the only financial controversy Granholm has managed to find herself in during her first years as Biden’s energy secretary, either.

Granholm had been a board member of the California-based electric vehicle company Proterra. She resigned from the company before she joined Biden’s cabinet in February, CNN reported in May.

However, she continued to own Proterra stock despite the fact the Biden administration was promoting the company’s buses, according to The Associated Press. Granholm sold her shares in May after the controversy broke, raking in a solid $1.6 million, the AP reported.

It doesn’t help that Granholm has already managed to make herself one of the more tiresome members of a Biden cabinet that isn’t short on them. While energy prices have skyrocketed under the Biden administration, Granholm, a former two-term governor of Michigan, has come across as aloof when the problem arises — almost as if high gas prices are a feature of the Department of Energy’s program, not a bug.

Her peak Marie Antoinette moment came in November, when, having been asked by a Bloomberg TV host about “the Granholm plan to increase oil production in America,” she threw her head back in laughter:

Biden and the Democrats are out-of-touch with how their failed policies hurt working families.pic.twitter.com/9lbi2Nzx5I

I guess one needn’t worry about the cost of filling up one’s tank when one has made $1.6 million in a stock trade earlier in the year, but the rest of us who were paying attention weren’t so amused.

It also didn’t help her cause when, a little over a week later, an absurd music video she appeared in for a far-left arts collective in 2018 about getting rid of fossil fuels — or “fossil fools,” as the preposterous song “Gasoline, Gasoline (The World’s Aflame)” referred to them — resurfaced at the worst possible time:

Bad as that is, Granholm’s financial transactions are a bit more worrisome than ill-timed laughs or unlistenable rubbish about doing away with gasoline, given her position.

At least she’s never said anything that could come back to haunt her about transparency, especially not on Twitter, right?

Why hide names of visitors? Conduct the people’s business in the OPEN. Where’s the transparency you campaigned on @realDonaldTrump?

Oh. Never mind, then. That was the Twitter fit she threw in 2017 when then-President Donald Trump’s White House stopped releasing visitor logs to the public. Apparently, Granholm placed a high value on transparency — when a Republican was in the White House and she wasn’t in a political office.

Now, she’s become the latest Washington official to have violated the STOCK Act, and all on top of the Proterra debacle.

Transparency’s a bit less desirable, I suppose, when you’re the one who has to be transparent.