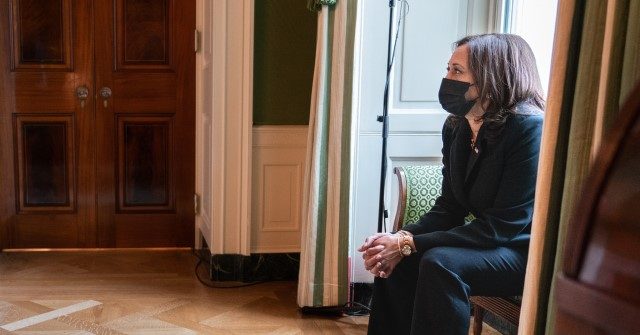 Vice President Kamala Harris’ communications director — Ashley Etienne — will leave her post in December to “pursue other opportunities” amid reports of White House infighting and Harris struggling to find her footing.

The news was first reported by Vanity Fair Thursday and later confirmed by CBS News and Bloomberg News.

NEW: A WH official confirms @VP Kamala Harris’ Comms Director Ashley Etienne will be leaving her office in December to “pursue other opportunities.”

News of Etienne’s departure follows a CNN report in which it was revealed that the relationship between Harris and President Joe Biden has begun to fracture.

“Worn out by what they see as entrenched dysfunction and lack of focus, key West Wing aides have largely thrown up their hands at Vice President Kamala Harris and her staff — deciding there simply isn’t time to deal with them right now,” CNN reported.

“Many in the vice president’s circle fume that she’s not being adequately prepared or positioned, and instead is being sidelined,” the establishment media outlet added. “The vice president herself has told several confidants she feels constrained in what she’s able to do politically.”

Shortly after the CNN story broke, top Biden officials scrambled to swat down the reporting with a full-throated defence of Harris.

“For anyone who needs to hear it, the Vice President is not only a vital partner to the president but a bold leader who has taken on key, important challenges facing the country — from voting rights to addressing root causes of migration to expanding broadband,” White House press secretary Jen Psaki tweeted.

Earlier Thursday, Harris personally weighed in on reports about her performance, stating that she does not feel “misused or underused” by the president and is proud of what the pair have accomplished thus far.

“I am very, very excited about the work that we have accomplished, but I am also absolutely, absolutely clear-eyed that there is a lot more to do, and we are going to get it done,” she told ABC News’ Good Morning America.