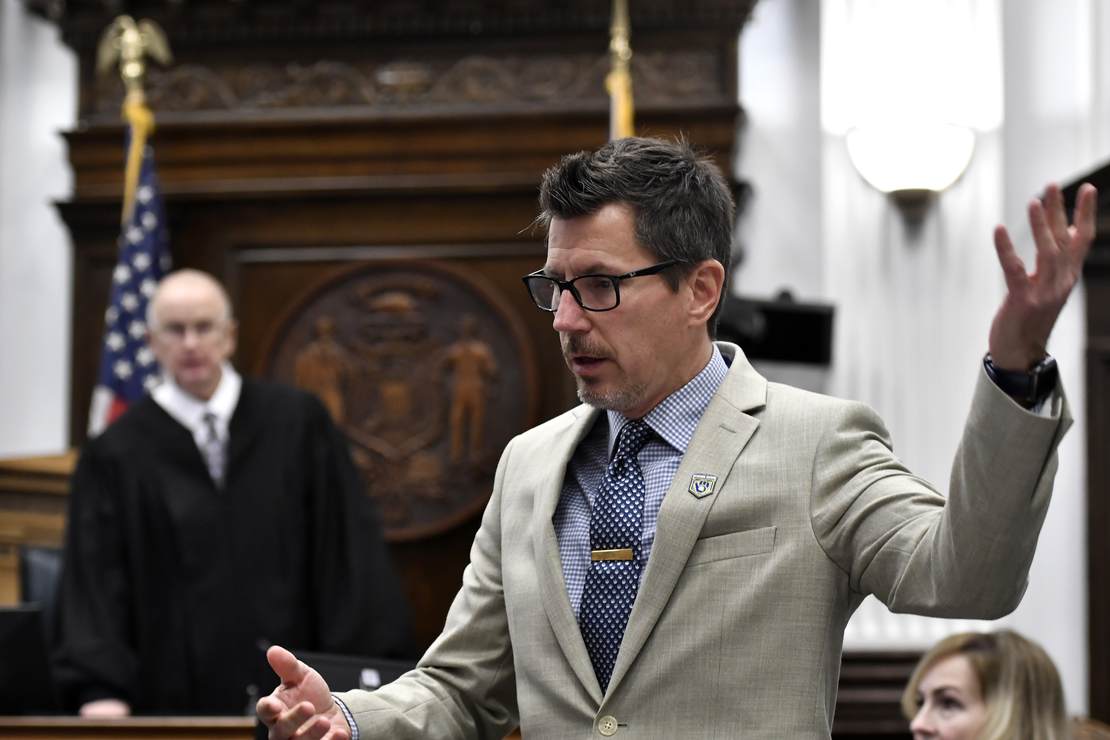 Not surprisingly, some of the people you’d probably guess would not handle the Rittenhouse verdict well are not handling the verdict well. Toure’ wrote a piece for The Grio which is like a string of woke nonsense with no sign that he even paid any attention to the trial:

Whiteness wins again. White tears win again. White actions that would certainly be seen as criminal if committed by any other race were excused once again. We do not have a civil society when we say it’s OK for teenagers to leap into protests with semi-automatic weapons and begin firing and murdering people.

Murdering people? The whole point of the murder trial that just concluded was to determine whether Rittenhouse murdered anyone. A jury of 12 concluded he did not.

Notice that Toure’s take on the trial actually could have been written before the trial. In his view, none of the facts of the case matter or are remotely relevant. Rittenhouse’s skin color and that of the jury are the only factors that matter. So, for instance, the fact that Gaige Grosskreutz admitted on cross examination that Rittenhouse didn’t fire at him until he pointed his loaded gun at the teenager’s head, doesn’t even rate a mention here.

Just because this was a White person killing White people doesn’t mean race didn’t impact this situation. Rittenhouse’s Whiteness shaped how the judge and jury saw him, and it gave him a sense of righteousness and innocence that Trayvon Martin never got.

Trayvon Martin was completely innocent…right up until he confronted George Zimmerman, started a fistfight with him, beat his head into the pavement and threatened to kill him. Once he did those things, his claims of righteousness and innocence were pretty hard to credit.

We may never know where this case turned but surely Rittenhouse’s testimony weighed heavily in the juror’s minds. He broke down sobbing in a moment that, to many, looked rehearsed, performative, and inauthentic. He looked at the jury and the judge as he shook and boohooed but no actual tears ever came out.

This is false. You can see a tear in this photo:

More to the point, he had a very similar reaction today when the verdict was read in court. He closed his eyes, he hyperventilated, and he collapsed. If he’s faking, Hollywood’s acting coaches should take notes.

He ‘cried’ uncontrollably while his attorney questioned him about what happened but not once while the prosecution asked him to relive that traumatic night.

Wrong again, Toure’. He broke into sobs once when asked about the moment he shot Joseph Rosenbaum. There was a 10 minute break in the trial and when it resumed he continued to answer questions from his attorneys and then from the prosecutors without crying again.

We also know that there’s a large part of this country that holds a great deal of anger toward what they call the woke lefty mob. They view protesters — a word they would reject in favor of rioters and looters as if protesting always involves property damage — as a bigger problem than the things they protest.

People are understandably upset by the billion-plus dollars in damage done by rioters and looters last year. They may also be upset by the dumb agenda of some of the legitimate protesters were pushing, i.e. defund the police. Of course, not every protester was violent or destructive but Joseph Rosenbaum certainly was, as were many other people who were destroying cars in Kenosha that night.

To recap, the protesters went out in the streets to let the world know that the police shooting of Jacob Blake, an unarmed Black man, was not going to be forgotten. They were concerned about violent racism.

No, Toure’, that’s not true. Jacob Blake was not unarmed. He was a man with a felony warrant who fought with police and, with a knife in his hand, walked to a car that didn’t belong to him to leave the scene. There’s no question about this since Blake admitted it on national television.

Rittenhouse went out in the streets to make sure that businesses in his father’s community were safe from people who were angry about that police shooting. Those two things are not the same.

And now he’s just repeating himself:

The only person who murdered anyone that night was Kyle Rittenhouse. Rittenhouse went to trial, he cried, and the jury said go home. It sure didn’t look like self-defense to me…

Yes, and I think we all know why it didn’t look like self-defense to you.

Rittenhouse had many chances to exit that interaction and he was not then being chased and he slowed down before he shot Rosenbaum four times from several feet away. He looked like a wannabe soldier. But that’s not what the jury saw.

Maybe because the jury was paying attention to the evidence and the law instead of just looking at the skin color of the defendant.

I wish I could say this Toure’ reaction was uniquely awful but it’s not. Nikole Hannah-Jones is repeating some of the same things as are many other people. The bad information spread by the media is at least partly at fault.

Update: As she often does, Nikole Hannah-Jones has deleted her own problematic tweet.