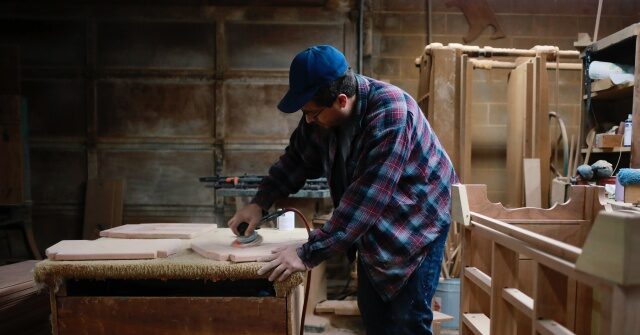 Last week, the ITC’s five members unanimously voted to keep in place U.S. tariffs on China-made wooden furniture. The decision came as part of a review process where the tariffs must be reconsidered every five years.

“Revoking the existing antidumping duty order on imports of wooden bedroom furniture from China would be likely to lead to continuation or recurrence of material injury within a reasonably foreseeable time,” the ITC determined.

The U.S. tariffs on China-made wooden furniture were first imposed in 2005 after furniture maker John Bassett III, who operates the Vaughan-Bassett Furniture Company based in Virginia and North Carolina, fought to save the industry from being gutted by cheap Chinese imports.

Bassett was the subject of the book Factory Man.

“Bassett spent years battling to prove that Chinese companies had ripped off his company’s designs and were using a whole host of unfair trade practices to undercut him,” the Alliance for American Manufacturing noted:

What happened to Vaughan-Bassett has happened all too often to American manufacturers, only most of the time, they didn’t end up surviving. Around 3.7 million of the U.S. jobs that were lost between 2001 and 2018 can be attributed to our trade deficit with China. The American furniture industry was hit particularly hard; Chinese furniture imports jumped by 121% from 2000 to 2002, and by 2003, 73,000 U.S. furniture manufacturing jobs were lost. [Emphasis added]

But because of John Bassett III’s willingness to take on China — and the ITC’s decision to impose anti-dumping duties in this case — Vaughan-Bassett has remained in business. Since the book’s release in 2014, the company has partnered with “Home Town” stars Ben and Erin Napier on a line of American-made bedroom furniture. Bassett also wrote his own book. [Emphasis added]

In 2020, the Federal Reserve Bank of Richmond detailed in a report that from 1999 to 2009, North Carolina’s furniture industry had lost more than half of its jobs as a result of U.S. free trade policy with China.

“The U.S.-China Bilateral WTO Agreement, signed in November 1999, had opened the door to Chinese imports by lowering U.S. tariff barriers and easing the way for China to join the World Trade Organization (WTO),” the Richmond Fed report stated. “Increased imports from China turned out to have a major effect on U.S. manufacturing jobs and a particularly devastating effect on furniture manufacturing in North Carolina.”