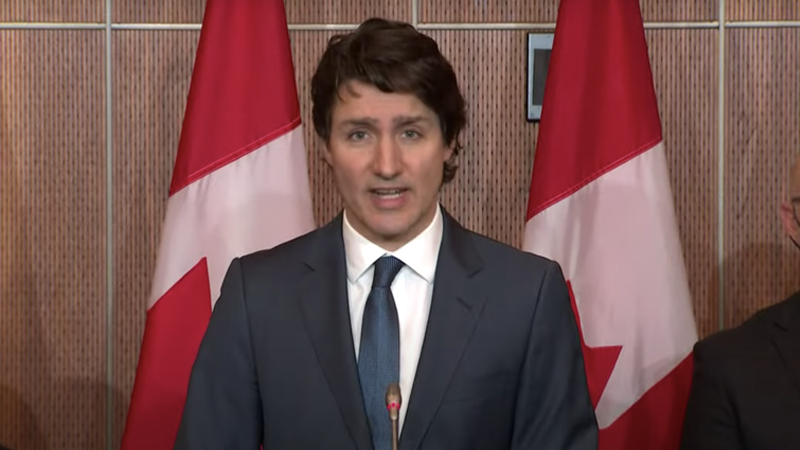 Canadian Prime Minister Justin Trudeau announced that the emergency powers he invoked last week will remain in place despite the RCMP clearing out all of the Freedom Convoy blockades in Ottawa and elsewhere in the country.

“Even though the blockades are lifted across border openings right now, even though things seem to be resolving very well in Ottawa, this state of emergency is not over. There continue to be real concerns about the coming days,” Trudeau said Monday at a press conference, without giving details.

Trudeau: “Even though the blockades are lifted … this state of emergency is not over.” pic.twitter.com/X3xyboWQUj

“But we will continue to evaluate every single day whether or not it is time,” he continued, adding that his emergency powers won’t be used “for a minute longer” than necessary.

But when asked if his emergency powers would continue over the next several months, Trudeau answered: “Indeed. This is something we are thinking about, of course.”

“Hello from the CBC, the truckers could come back in 2 months, 3 months, so does that mean we would have to keep it for another 2, 3 months?”
Trudeau: “Indeed. This is something we are thinking about, of course.” pic.twitter.com/j2KwQkGVdI

Trudeau also asserted that any lawmakers in Parliament who vote against the invocation of the Emergencies Act just have a “deep mistrust” in the government’s capabilities.

“I can’t imagine anyone voting against this bill as expressing anything other than a deep mistrust in the government’s ability to keep Canadians safe at an extraordinarily important time,” Trudeau said.

Trudeau says MPs who vote against the Emergencies Act indicate that “they don’t trust the government to make incredibly momentous and important decisions” pic.twitter.com/foSju5HnWh

This comes as Canadian Finance Minister and WEF board member Chrystia Freeland announced last week that the government would seek to make the emergency powers to freeze any bank accounts they don’t like permanent.

Are Trudeau and Freeland’s remarks really that surprising?

After all, Trudeau did once praise Communist China’s “dictatorship” because it “gets things done.”

This is really shocking.

No wonder why he is silencing dissent, arresting peaceful protesters, and violating human and civil rights.

As Nobel Prize-winning economist Milton Friedman once said: “Nothing is so permanent as a temporary government program.”