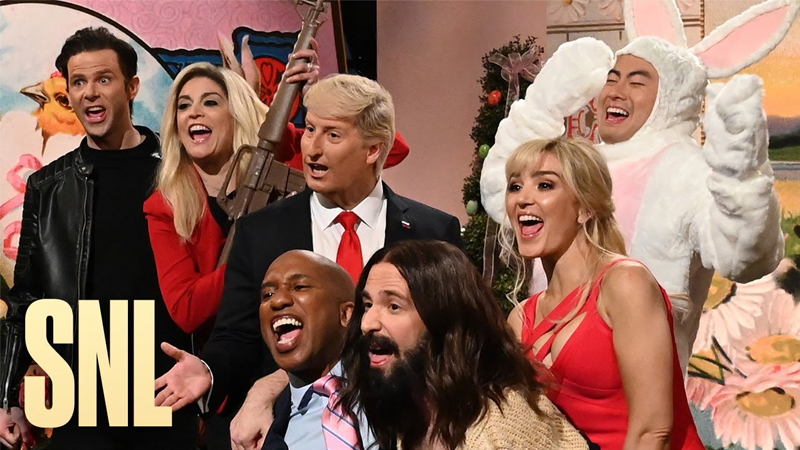 The sketch opened with the Easter Bunny, played by Bowen Yang, inviting “folks from all walks of life to share their hopes for this Easter season.”

One of the bunny’s guests was Trump, played by James Austin Johnson, wearing a Russian lapel pin and defending his remarks that COVID would end by Easter — just not Easter of 2020.

“Trust me, I’m not here to give you any more COVID guidance. I’m not stupid enough to think you’re actually gonna follow it,” McKinnon’s Fauci said.

“All I’ll say is that COVID cases are a lot like Jesus — they’ve risen again,” he added.

Greene, played by Cecily Strong, also showed up with a rifle made of chocolate.

“Don’t worry, this rifle’s chocolate — but the bullets are real,” Strong’s Greene said before wishing the audience a happy Easter and saying “God Bless Russia.”

“Look, I know people don’t want me to buy Twitter. But why? Are you worried I’ll make Twitter bad? What are you scared I’ll buy next, the Oscars? Ha ha ha ha. That was a joke,” he added.