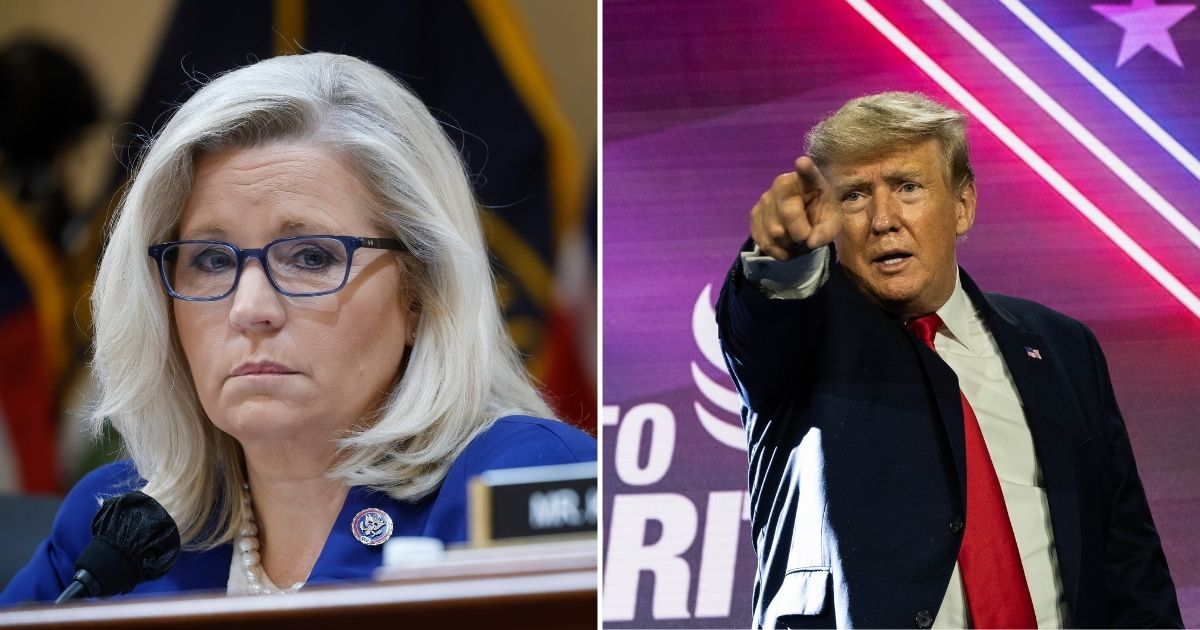 The former president questioned why Congress is determined to focus on events from nearly a year and a half ago as the nation faces crippling inflation, devastating gas prices and an invasion of illegal immigrants at the southern border.

“We should have certainly some Republicans — real Republicans, I’m not talking about Cheney,” he said.

Hillary Clinton Finally Throws in the Towel Against Trump

“It was a bad decision not to have representation on that committee,” Trump told Root.

“That was a very, very foolish decision because they try to pretend like they’re legit, and only when you get into the inner workings, you say, ‘What kind of a thing is this?’ It’s just a one-sided witch hunt.”

Is Liz Cheney a RINO?

Cheney — the daughter of warmonger and former Vice President Dick Cheney — supported Trump during most of his term in office, only to go rogue on her party after the 2020 election.

Dick Cheney was closely involved in orchestrating the Iraq War during the George W. Bush administration, a blunder widely considered one of the worst foreign policy errors in American history.

Cheney has admitted that she feels “regret” for voting for Trump in 2020, according to Axios.

The Jan. 6 committee continues holding televised public hearings more than 15 months after the disturbance at the U.S. Capitol.

Amid her prominent role in the committee hearings, one of Cheney’s primary challengers has staked out a massive lead on the Wyoming Republican.

Trump-endorsed challenger Harriet Hageman has 56 percent support in polling for the Aug. 16 primary.

The Jan. 6 committee hearings have garnered pitifully low ratings, with the American public apparently more concerned about the abysmal economy under the administration of President Joe Biden.

Trump has emphasized the real-world crises facing the American public in response to the committee’s slick hearings.

When asked by Root if he plans to run for president in 2024, Trump responded coyly.

“You’re going to be happy.”