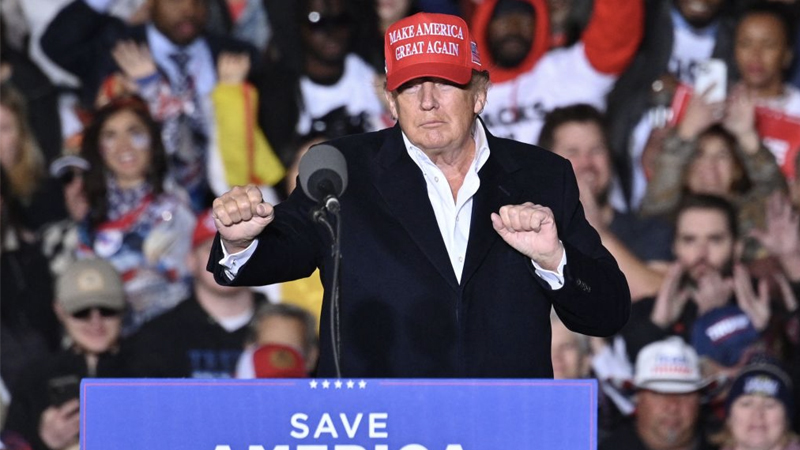 Former President Donald Trump is holding a Save America rally in Conroe, Texas, on Saturday at 7:00 PM CST as the Biden administration is determined to plunge the United States into another foreign war, this time with Russia, a nation with nuclear weapons.

“Join me tonight in the Great State of Texas, live at 8:00PM Eastern on Right Side Broadcasting @RSBNetwork, @newsmax, Real America’s Voice @RealAmVoice, and Donald J. Trump Rumble, among others. Massive crowd!” pic.twitter.com/72I0dIxLTT